Pit Stops have always been important in F1, less time spent in the box usually means less traffic on exit (if the strategy guys have done their job well) and could mean jumping an opponent in the stop. With Ferrari leading the pit stop game at less than 3 seconds for a stop this year it has become crucial to make faster and faster stops.

Ferrari & Mercedes have adopted a 'Nut in Wheel' solution which means the nut floats within the rim itself. This saves time for the tyre removers/fitters and gun man as there is physically one less job to do. However when things go wrong the system can be catastrophic. If the wheel isn't aligned correctly when fitted and the nut cross threads you can't simply remove the nut and place on the spare (Teams without the 'nut in wheel' solution have a spare to hand) This was the reason for Mercedes/Schumacher's retirement in China. If however the car hadn't left the box they would have needed to change all 4 wheels as you can't simply bolt on 1 wheel from another tyre allocation.
Ferrari have also gone down the route of less threads on the shaft, meaning less rotations of the nut. From the picture comparison below you can see that on the left Ferrari have 3 turns on the shaft with much wider spacings in comparison to McLaren (on the right) with 5 much narrower threads. 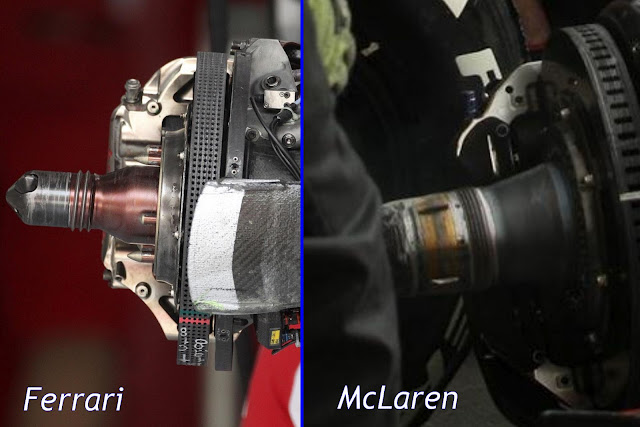 The Ferrari system is further helped by large retracting pins in the end of the shaft. These pins are spring loaded so when they push the wheel or gun on the pins push into the shaft. 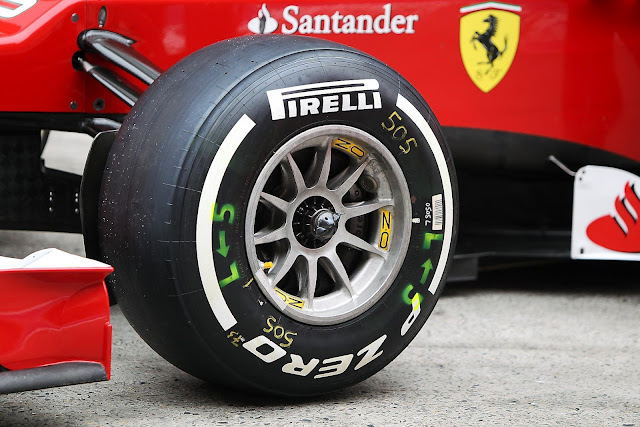 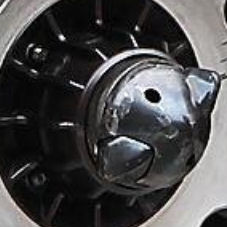 Step 1 - Place wheel over the shaft, as the wheel goes over the shaft the pins retract into the shaft, once the wheel is on the pins snap back.
Step 2 - With the pins in the out position the wheel is aligned to the thread and cross threading becomes impossible (Unless a retracting pin fails)
Step 3 - Wheel Gun man places the gun on which isn't impeded by the retracting pins as they only reach the outer edge of the wheel nut race.
Step 4 - Quicker stop due to less time on the gun with less threads to turn

McLaren have had problems at the left rear of the car firstly with Jenson in China and twice more with Lewis's car in Bahrain. Having the problem on the same side on 3 occasions I feel cannot simply be an error by the pit crew and must be some kind of flaw in the McLaren system. I have previously speculated about heat being an issue and still believe this could be plausible.  Especially if we consider that as the heated aluminum nut is taken off remnants of that nut could be left behind on the threads making placing a new nut on the threads difficult.  If we ignore heat and take Ferrari's system as the benchmark (as it's the fastest) we can see that McLaren also have the retracting pins in their shaft, however these pins are much smaller and offer no concrete method of holding the wheel in place whilst the nut is attached as the nut will also push over the pins allowing the wheel to unseat.