This one had got by me until I saw it over on F1Technical.net - McLaren tested a different nosecone at the end of the Mugello test.  At first glance it appears the same but as you can see from the photo's it's got a much higher frontal tip and a much shallower curve from the bulkhead to the nose tip.  Much longer wing pylons also point toward how much higher the front wing is.  So finally this is McLaren's compromise between a step nose configuration and their lower iteration.  McLaren will more than likely adopt this new design as it will help to drive more airflow toward the floor of the car. 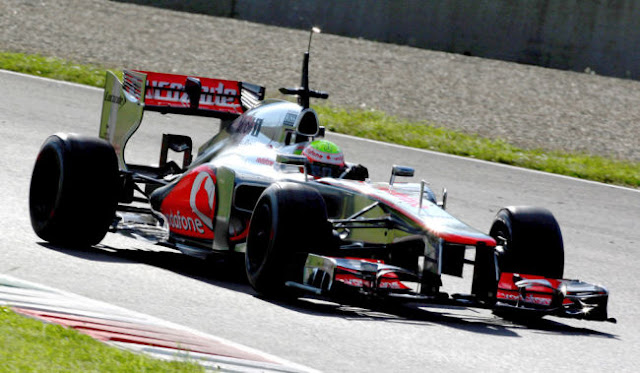 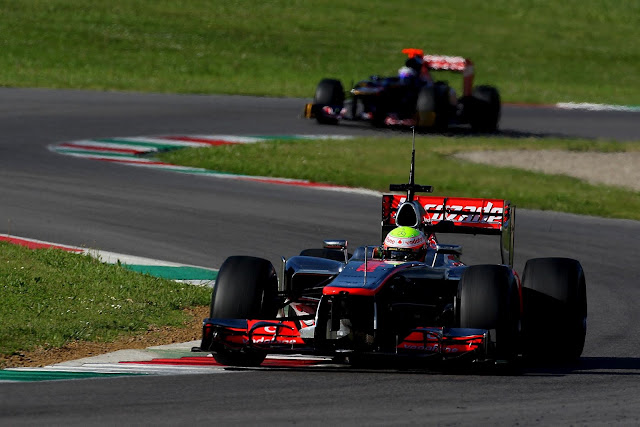 Bahrain (Ignore the Red Circle it's only appropriate to another article) 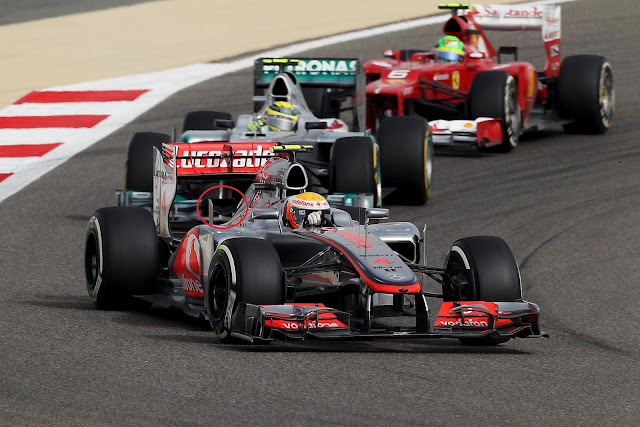