The McLaren team were supposed to bring a large raft of upgrades to their home GP at Silverstone, unfortunately the rain put pay to the majority of testing time during FP1 & FP2 and so they decided to abandon the larger part of their upgrade package. The upgrades / adjustments that were run at Silverstone I mentioned in my roundup: http://finalsector.co.uk/silverstone-gp-technical-roundup/

At Hockenheim the team have their new sidepod, exhaust configuration on show which features a new cooling entry profile at the front and much more tightly packaged slope toward the exhaust channel. The frontal undercut has been smoothed and so is less aggressive whilst at the rear the overhanging bodywork that includes the exhuast channel that overhangs the floor has a more aggressive undercut. Taking a cue from Ferrari the team have also added some shark gills aft of the exhaust channel in the engine cover. 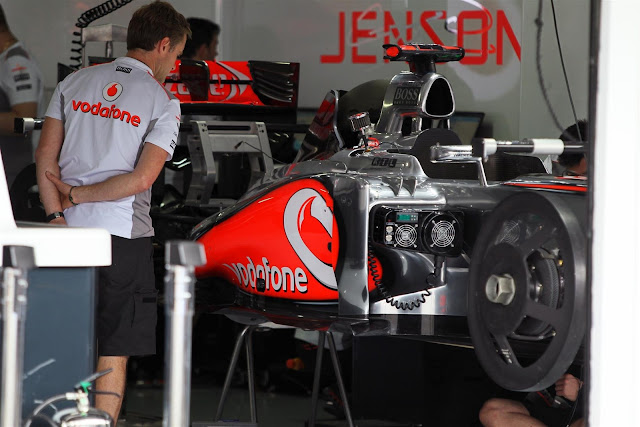 Above: Hockenheim build up, notice the different sculpting to the underside of the sidepod compared to the previous package below. 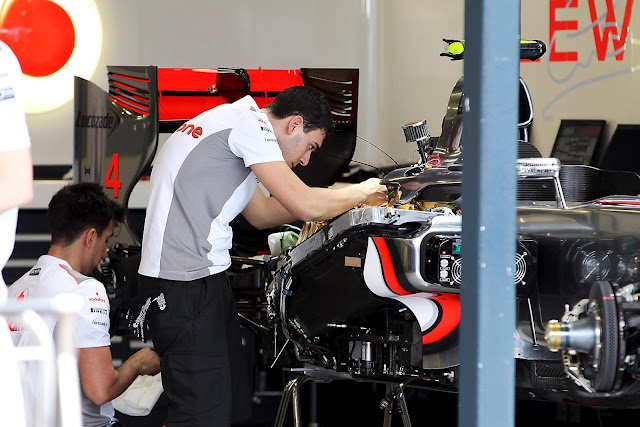 Above: For reference here is the previous sculpting for the sidepod undercut which appears to have a more angular cut under the cooling entry. 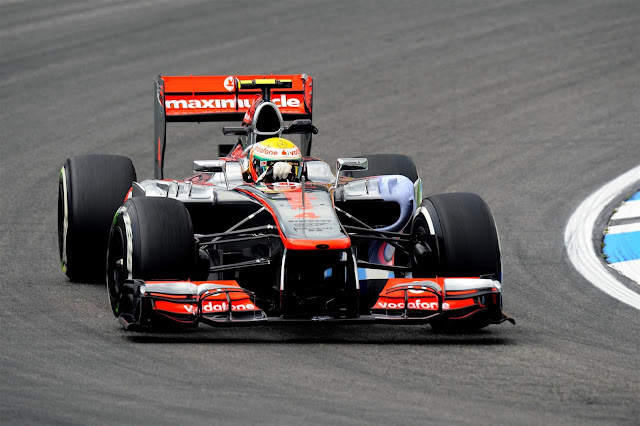 Above: We can see from the picture above the much more rounded corner profiles of the sidepod cooling entry rather than the angular ones used previously (Flow Viz on the top right corner of the sidepod for evaluation) 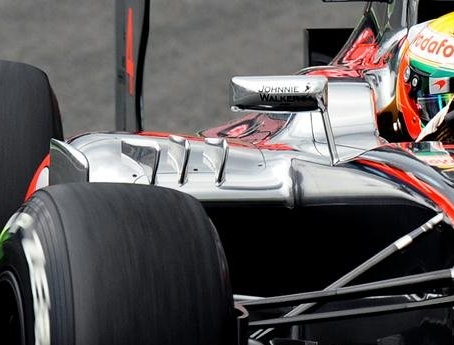 Above: A closer look at the vortex generator fins a 3rd fin has been added to the top of the sidepod to direct the airflow 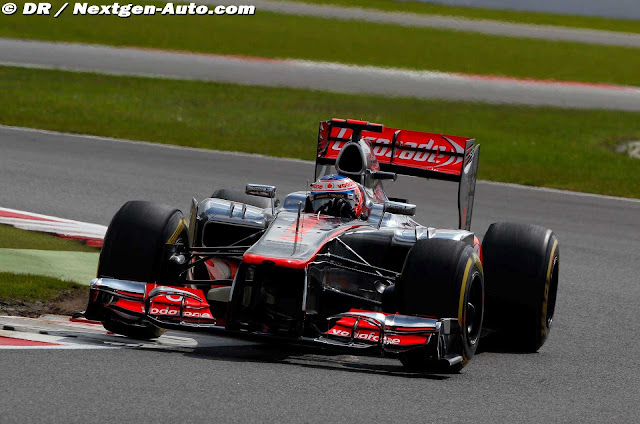 Above: Jenson at Silverstone as reference to show the more angular sidepod cooling entry 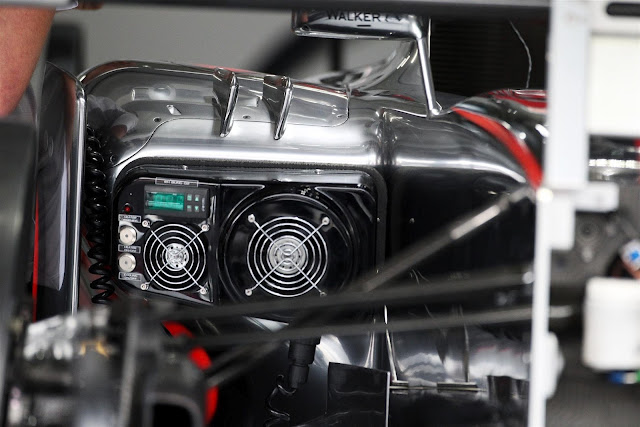 Above: A more detailed look at the sidepod cooling entry at Hockenheim 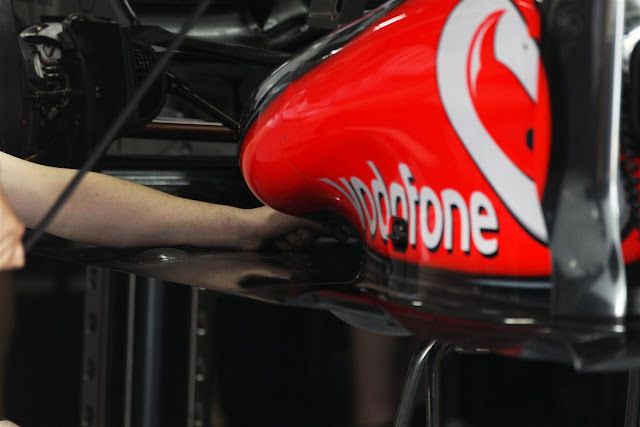 Above: Great angle across the floor to see how the bodywork in the exhaust channel hangs over the floor 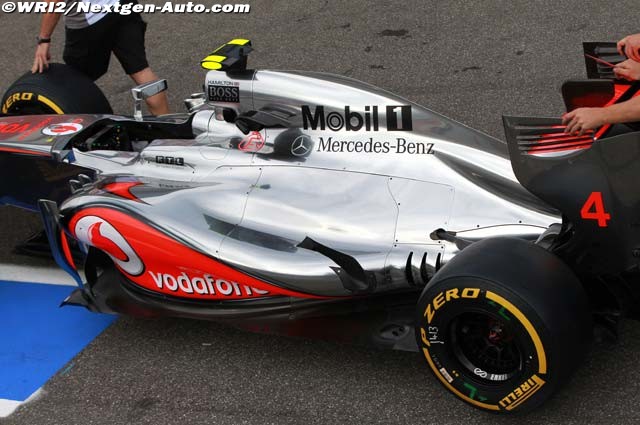 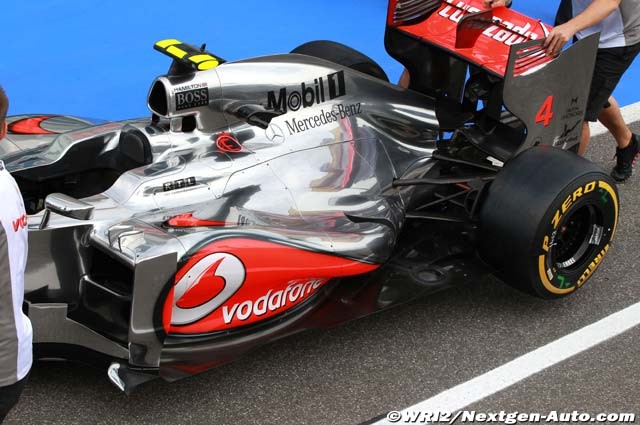 Above: Rear Wing Top plane has been shortened, this will have an effect on both AoA available and also DRS's effectiveness. From this angle it's clear to see the slope that the sidepod now takes toward the exhaust channel 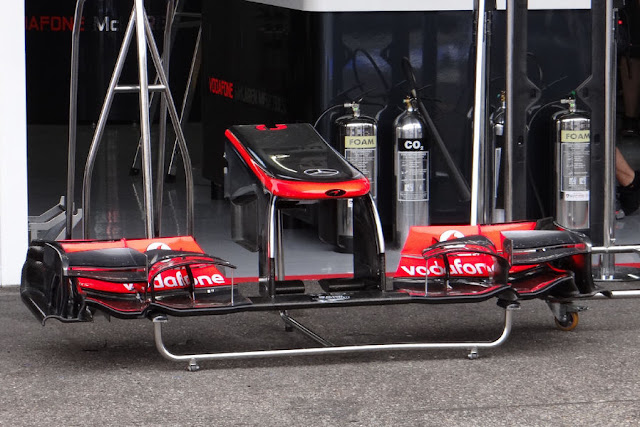 Above: Front Wing as used previously in Silverstone, this wing has vertical dividers around halfway on the wing planes.