Lewis Hamilton caused quite the kerfuffle yesterday on Twitter when he announced that the higher downforce wing he was running was 0.4 seconds slower down the Kemmel Straight than the wing Jenson was using and then promptly removed it. So what does this mean to the average fan?

Due to the nature of high speed circuits like Spa and Monza there is always a compromise to be found in the ultimate lap time. McLaren split their strategy during Qualifying yesterday with Jenson using the Low Downforce rear wing whilst Lewis adopted the Higher Downforce wing. 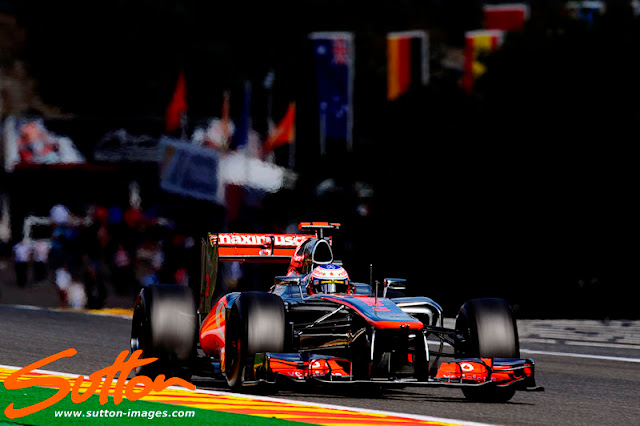 Above Jenson with the Low Downforce wing will enhance the car during the high speed sections allowing the car to be more slippery and achieve Vmax quicker. 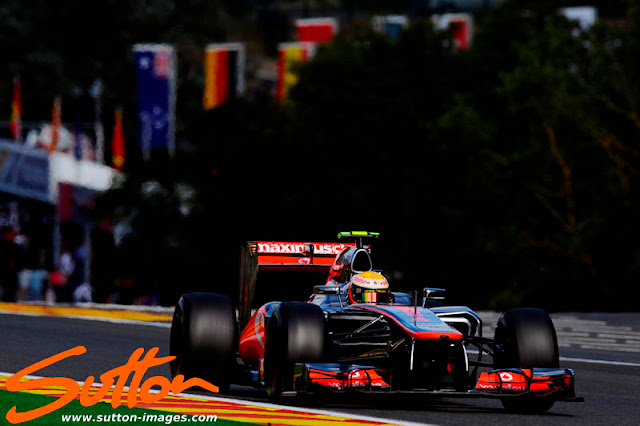 Above Lewis with the High Downforce wing will provide more stability during cornering and take longer to reach Vmax. 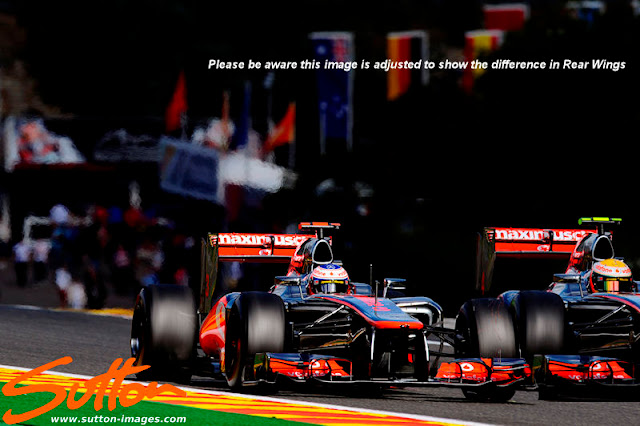 Above: I have combined the images so that you can see the two Rear Wings next to one another.

To create more downforce from the Rear Wing is always a balancing act and to the naked eye you may not tell the difference. Altering the Angle of Attack (AoA) of either the main plane or top flap will alter the characteristics of the Downforce / Drag induced. Similarly the chord and or dimensions of either the main plane / flap being altered will alter the co-efficiency of the wing.

So what's this mean for Spa? Well if like Jenson you're on the lower downforce settings it means you will be quicker through Sectors 1&2 as they have all of the less technical aspects of the circuit. If like Lewis you’re using the higher downforce wing you will be quick through the more complex, downforce dependent Sector 2.

It's a balancing act and one that will have a see saw effect during the race with Lewis being slower on the straights but quick during the trickier second sector. The problem for Lewis will be the threat of DRS from his rearward opponents. I'm guessing Lewis' side of the garage are currently doing a rain dance as with his higher downforce setup a bit of rain will really bring him into play. Lastly we have to consider tyre wear as Lewis' split strategy will but him at odd's to the rest of the field as they laterally load the tyres through Sector 2 he will be able to manage the tyres more effectively. I'm looking forward to a thrilling battle during the race.
Tagged
Newer Post Older Post