Renault were the first of the Engine manufacturer's to blink, unveiling their new power unit for 2014 onwards at the Paris Air Show. 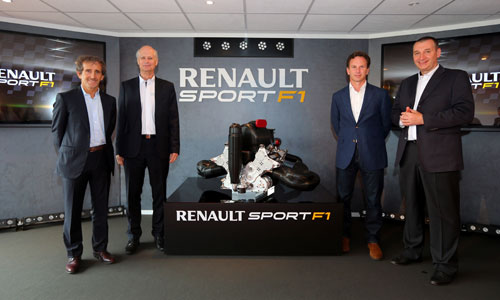 I have already covered the changes afoot for 2014 in terms of the power plants here: http://somersf1.blogspot.co.uk/2013/01/2014s-power-units-16-v6-turbos-with-ers.html
but in summary the new power units are F1's full blown move into a green-centric racing series.  KERS allowed the teams to tip toe into the electrification of the sport but these new power units will see the stakes raised.  Whilst KERS was responsible for an 80bhp increase over 6.67 seconds we will see ERS raising the cars output by a maximum of 160bhp for 33.33 seconds.  This will put a new onus on the strategy of deploying the additional energy with the main engine responsible for around 600-650bhp.  Furthermore with the cars only being fueled with 100KG's of fuel in comparison to roughly 150KG's now another strategy war will be managed by the team as they manage fuel usage.

The Engine isn't a screamer like it's V8 counterpart with rev limits reduced from 18,000rpm to a maximum of 15,000rpm.  However with a fuel flow limit above 10,500rpm it's likely we will only see these engines rev out to around 12,000rpm shifting the powerband down the scale.

Thermal efficiency will be a key factor with the new engines with new challenges faced by the teams in cooling not only the Engine but Turbo and ERS.  Batteries are of course susceptible to heat soak and so with ERS having to carry much more load than their current counterparts cooling will need to be top of the designers thoughts. 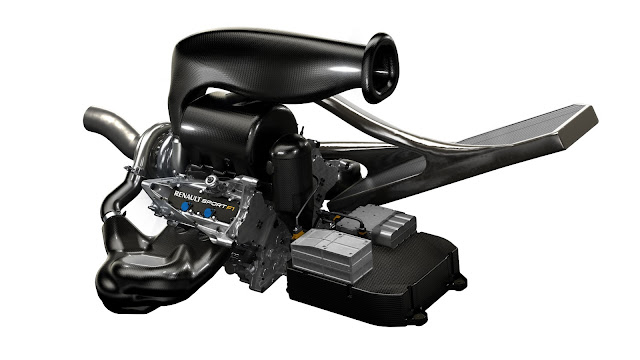 The above image is the first real idea of what we can expect to see from the 2014 Powerplants with a mock up in the foreground of the Energy Store (Battery Pack).  Just like the KERS batteries currently used these will be placed under the driver.  For the first time we can also see that Renault have included a Intercooler within their release images signalling the need to cool the airflow by external methods. 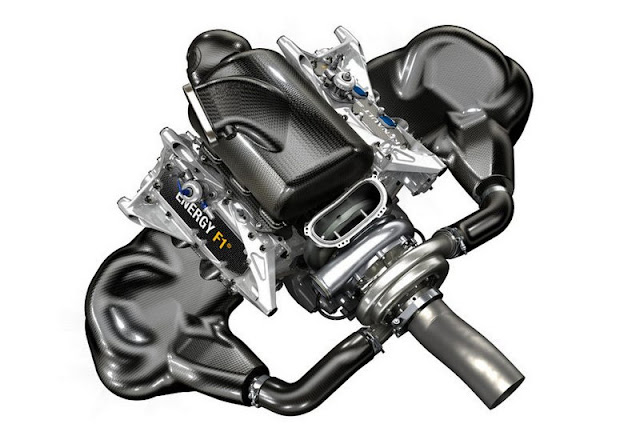 As we can see in this picture (with the airbox and intercooler pipework etc removed) Renault are hinting at controlling exhaust temperatures by 'bagging' them.  In this case they have placed a Carbon Fibre shroud over the pipework.

I must however point out that although Renault have shown their powerplant complete in these images, ancillary items are still down the team to design and manufacturer should they so wish.  Performance can and will be extracted from the fabrication of airboxes, exhausts, intercoolers, hoses etc that the teams will design and either manufacturer in house or outsource to their respective specialists.

Ever since Renault released their first rough image of their 2014 power plant the French manufacturer have shown it with one exhaust outlet but be aware the rules do permit two and so some teams may find an advantage there.  (Exhaust outlets are restricted within the 2014 Technical Regulations to exit centrally out of the rear of the car to limit their ability to aid in any aerodynamic effects)

As a teaser the French manufacturer has also released a sound bite to give us an idea of the much anticipated audio level of these new engines which can be found here: http://www.renaultsport.com/Come-on-feel-the-noise,2630.html?lang=fr

Crank it upto 11 and you will be delighted by the audio which portrays a raspy note as the Turbo makes it's mark on the senses.  Please don't expect this to be the final sound though as each teams design will have an impact on the harmonics and Renault themselves won't be looking to give away too much to their rivals either.

You'll also note the speed at which the engine seemingly accelerates through the gears (of which there will be 8 forward gears in 2014) showing that power delivery will be a totally different ball game for 2014.

I leave you with a few more pictures courtesy of RenaultSportF1 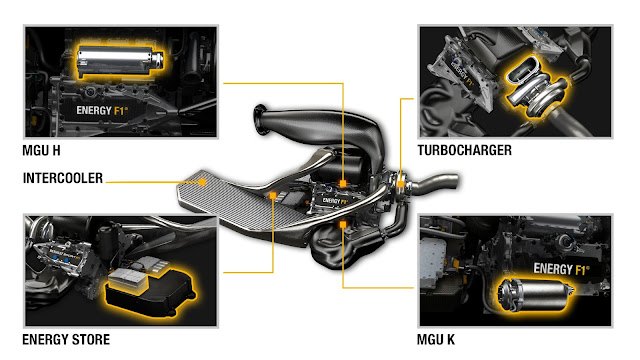 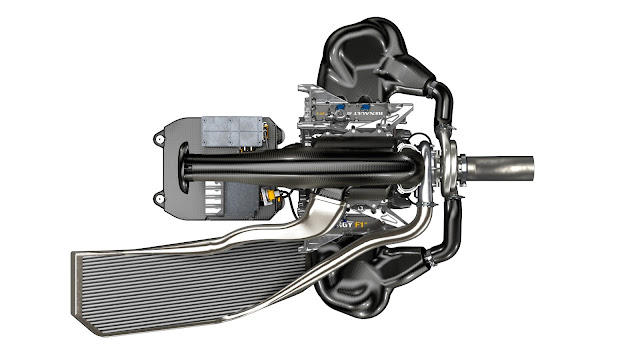 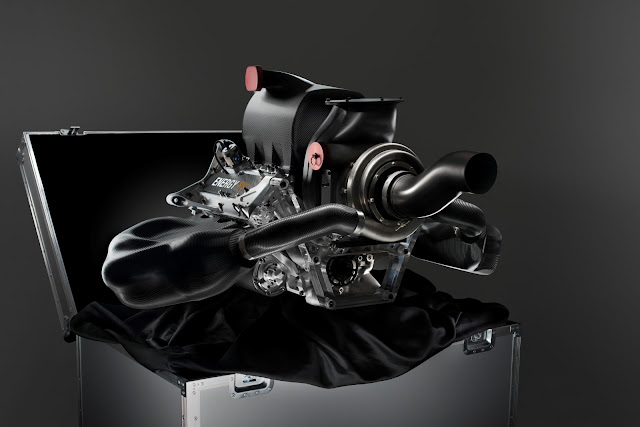 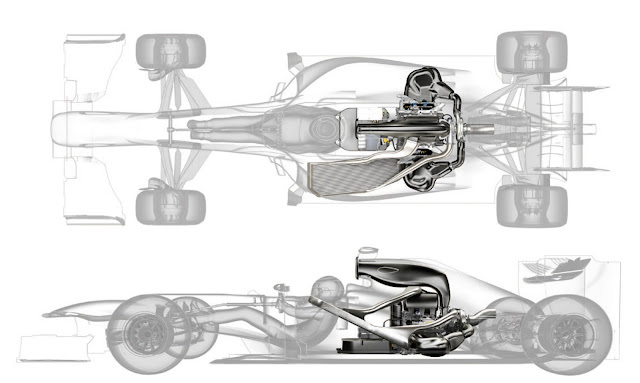