2014's regulations as you have undoubtedly heard from the rest of the mainstream media will change the shape of the sport for the coming years. In this series of articles I drill down a little deeper though, showing you what that means.


We have heard and indeed seen how aerodynamics have been pivotal in the performance differential since the regulation shake up in 2009. The rules that have shaped the sport since then invoked a much smaller change that the sport fully embraces this time around, where energy recovery plays a vital role in the performance of the cars too, realigning Formula One with a need to strive in all performance departments.

Max Moseley's legacy as the last FIA president was championing both KERS (Kinetic Energy Recovery System) and playing a role in restraining the aerodynamacists to increase overtaking. As ever the teams found ways in which to circumnavigate the regulations and increase their performance, perhaps to the detriment of the racing. Since 2009 we have seen such break throughs as DDD (Double Deck Diffusers), F Ducts, Blown Diffusers, Flexi Front Wings, Off Throttle Blowing, DDRS (Double DRS), Coanda Exhausts etc. Proving even with the shackles on, designers will learn, innovate and regurgitate previous design elements to make gains over their rivals. Formula One cars are essentially prototypes, never finished and always evolving, gaining around 2 seconds from lights out at the first race of the season to the checkered flag at the last and with such a monumental rule change for 2014 this could be further increased. 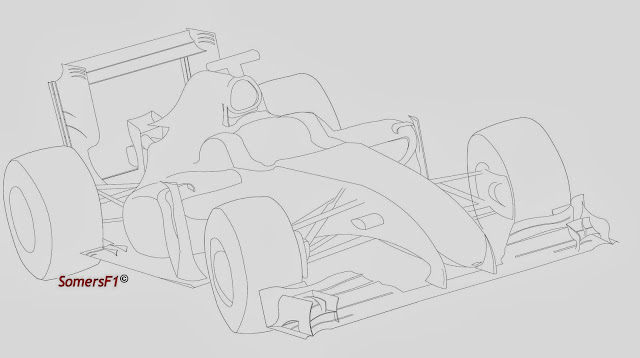 In the basic mock up above I've tried to give you an idea of how the cars could look for 2014 but as always each team will come up with their own interpretation of the rules at hand.  Over the coming articles I'll look at the most important aerodynamic aspects in more detail and see how we can use previous designs to understand what the teams may try to achieve.

In brief the important aspect and changes are as follows: 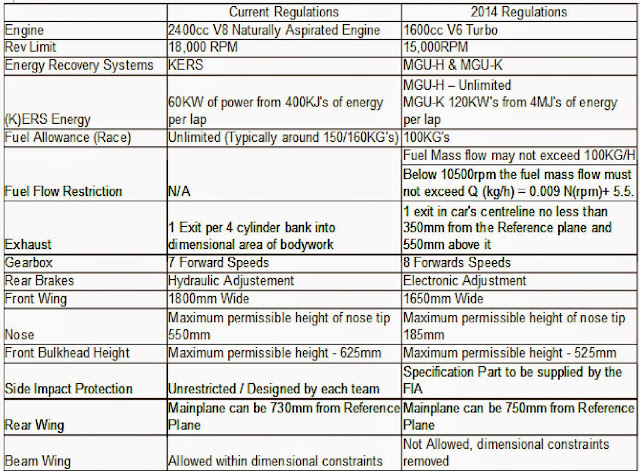 Over the coming weeks and months, leading to the first car launches and tests I will look at how the rules will effect different aspects of the sport including the changes to the sporting regulations.