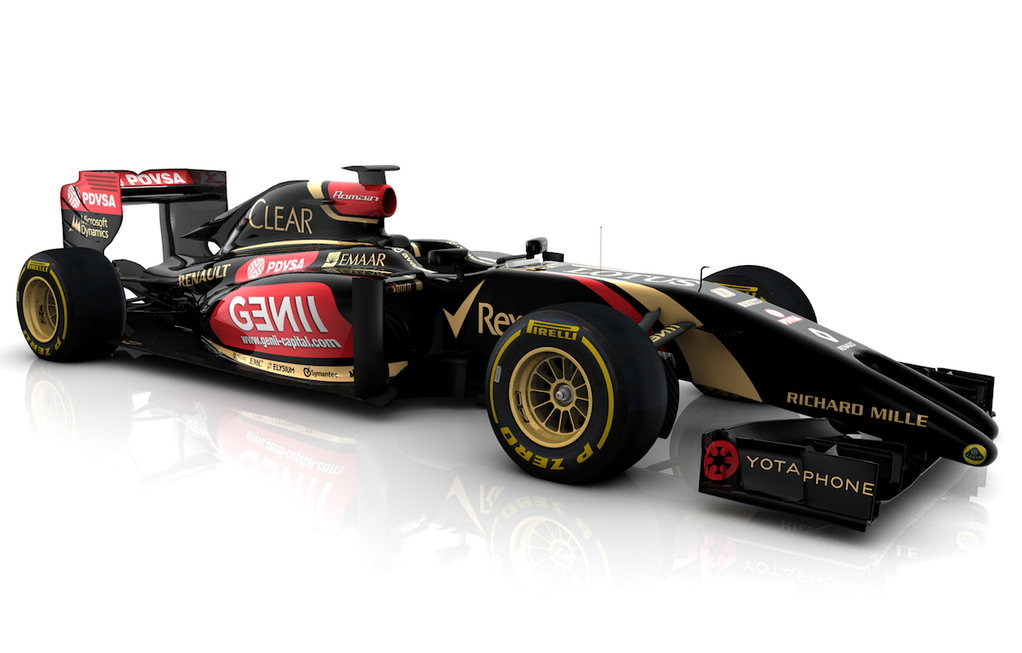 Not to be outdone by McLaren and following the loss of Eric Boullier this morning the team took to social media and presented a rendering of their 2014 car, the E22. 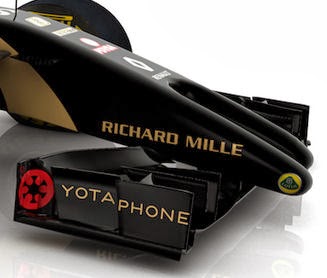 A singular render doesn't give up too much information of course but what it does create is a furore about the 'Sabretooth' or 'Pitchfork' style nose that the team have illustrated.

The concept shown is a mild iteration of something I floated several weeks back (below) allowing the teams to run to the maximal height of 550mm much further forward and reducing nearly all of the losses involved with the 185mm tip height.  The premise of the design centres around creating a centralised void rather then recovering space either side of the 'Finger' noses. In terms of the Lotus image perspective is not playing tricks on you and the right hand tooth is longer than the left.  This is for good 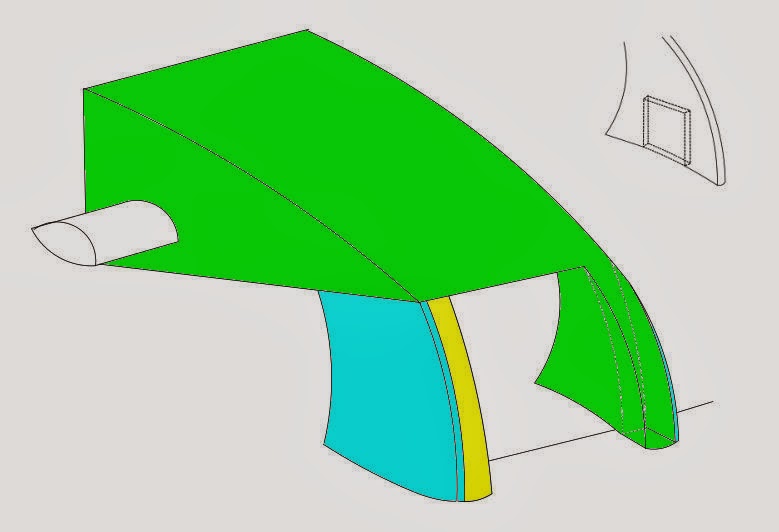 reason as the nose tip must be 185mm from the reference plane but at 50mm behind the tip a horizontal projection of 9000mm2 must also be present.  This means that the left hand tip is at least 51mm further back than the right tip to conform with these regulations.  The 51mm difference in length is negligible but will of course have an aero impact in a fairly significant region.  I'd therefore be surprised if this exact nose design is what adorns the E22 when they launch the car at the second test in Bahrain.  As reference my more aggressive iteration of the 'Sabretooth' is shown below with the green section characterizing the nose and crash structure.  Therefore my tip is the left hand 'tooth' and also uses the connecting pylons to achieve the additional height for driving air under the nose.  The left hand pylon would be made up from the pylon (25mm maximal in the regulations - Cyan) and a section of Vanity Panel (Yellow). 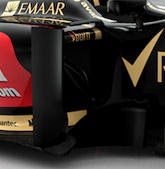 In terms of the rest of the E22 it's difficult to ascertain major modifications from it's predecessors due to the limited resolution of the images that have been made available.  However we can see that the Sidepod inlet seemingly retains it's size from the E21, whilst the Cockpit Fins (under the mirror) that proliferated it's brother also remain, we see that the Vertical Vortex Generators used later in the season make way for the horizontal blade used above the inlet toward the start of the season.  The image doesn't depict the slotted bargeboards that the team pioneered (subsequently used by Red Bull too) but I suspect they will feature on the new car.

Having worked on their DRD (Drag Reduction Device) since the late part of 2012 but only having run it once (Silverstone 2013 on Kimi's car) the team have seemingly dropped it from this years car.  Having previously bonded the inlet 'Ears' to the side of the Airbox it would be easy to discern their inclusion on the car.  Bar the exclusion of DRD I don't see anything radical in terms of the design aspect in this region from it's predecessors. 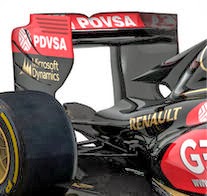 At the rear of the car we can see that Sidepods have been sculpted to allow as much cutaway for the coke bottle as possible with the cooling outlets placed higher alongside the section of bodywork opened up to allow space for the exhaust to exit (Much the same as McLaren's MP4-29).
Again due to resolution it's not clear but I don't see any tyre squirt slots in front of the rear tyre but having said that the team have omitted the rear Brake Ducts from their images too.
The rear wing appears to mounted to the floor / Diffuser (unless the shaded section at the rear of the Endplate is indeed a pylon and not a thicker section of endplate as I'd suggest it looks like for rigidity) Some descrepencies in terms of the Rear Wing come in the form of Louvres only placed in the Endplate closest to us and the DRS actuation pod being missing (Although there is nothing stopping them from placing the hydraulics etc within the Endplates like Mercedes did with the WO3) 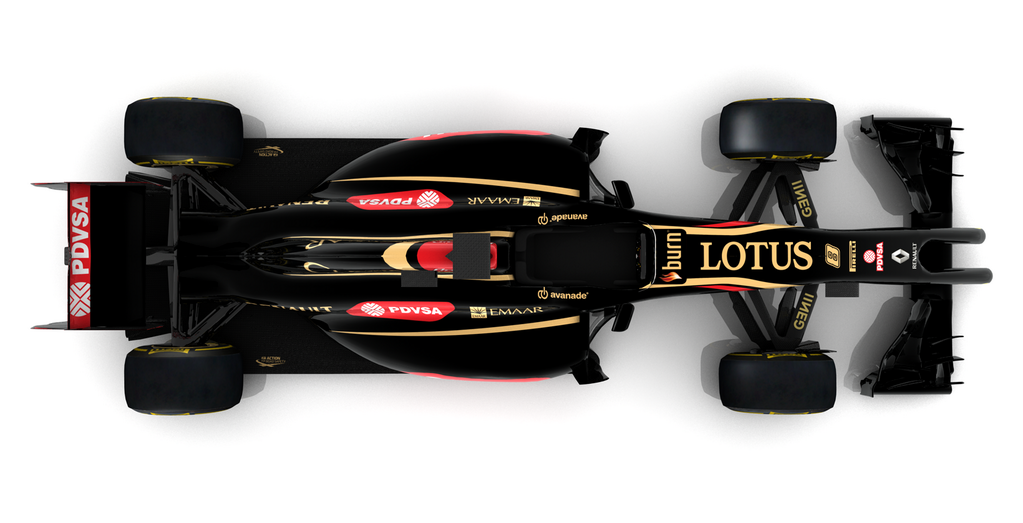 As with the other launches I've covered this is far from conclusive due to the lack of images available, however I will update the article with any additional information as soon as it becomes available.