All of the teams face the problem of losing rear downforce this season primarily due to the re-location of the exhaust exit and the exhaust blowing used by the teams the last few seasons. The other issue comes via the loss of the beam wing which aided in the flow structure interactions of the diffuser and upper wing planes of the rear wing (Upwash). 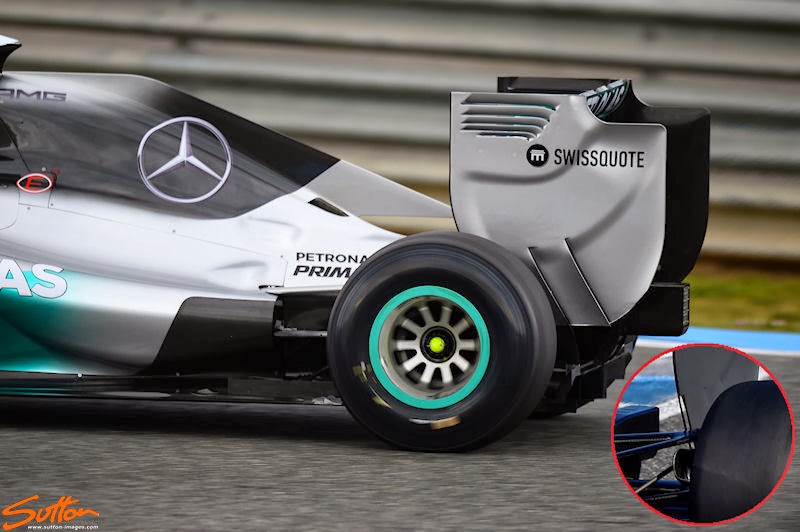 Mercedes have attacked this problem by creating serrations in their endplates enabling the pressure to move between either side of the component, which further take advantage of the upward curvature that the endplates have been designed with. Meanwhile as shown in the inset we can see the team have revised their tyre wake slots moving them closer to the leading edge and lowering their position on the endplate.