One of the most contentious issues facing Formula One this season is the adoption of aesthetically unpleasing nosecones. The sport faced a similar outcry from fans in 2012 when the teams adopted the 'Step Noses'. As always though aesthetics do not bear any significance in the design teams mind when they first approach the design structure for their car. Instead they look at the regulations and choose the most aerodynamically efficient shapes that fit within the regulation boxes set forward for them. 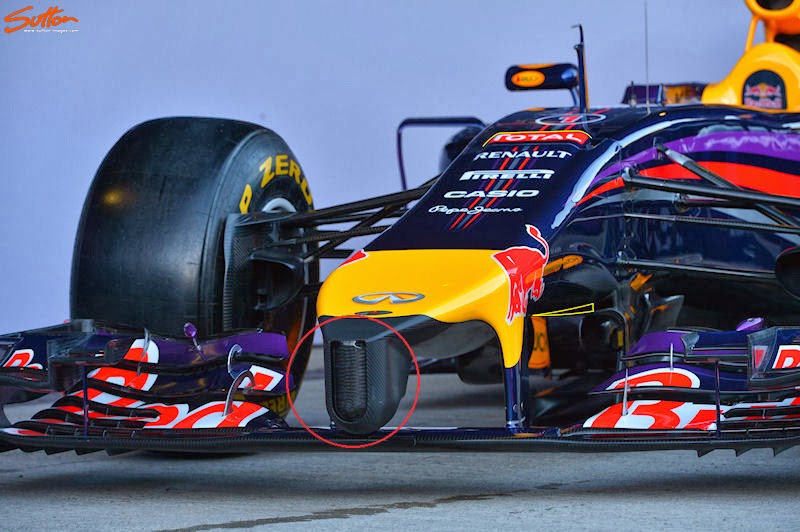 The Red Bull approach to this freshly presented problem is to use the 'Finger' style approach, this meets with the central tip at 185mm above the reference plane but retains some of the height that would be lost with a full width section. The idea of course is to get as much airflow under the centre section of the floor for onward conditioning and extrapolation of additional downforce. With this in mind the engineers at Red Bull have carefully crafted the front section of the nose in order to meet with regulation, but swiftly narrow thereafter in what Adrian Newey describes as a 'Keel Nose'. At the expansive section of nose tip we also find a carefully crafted slot (circled) which is not only designed to take care of driver cooling, but is also shaped in order to reduce the effects of blockage mitigated by the nose tips overall shape and orientation. 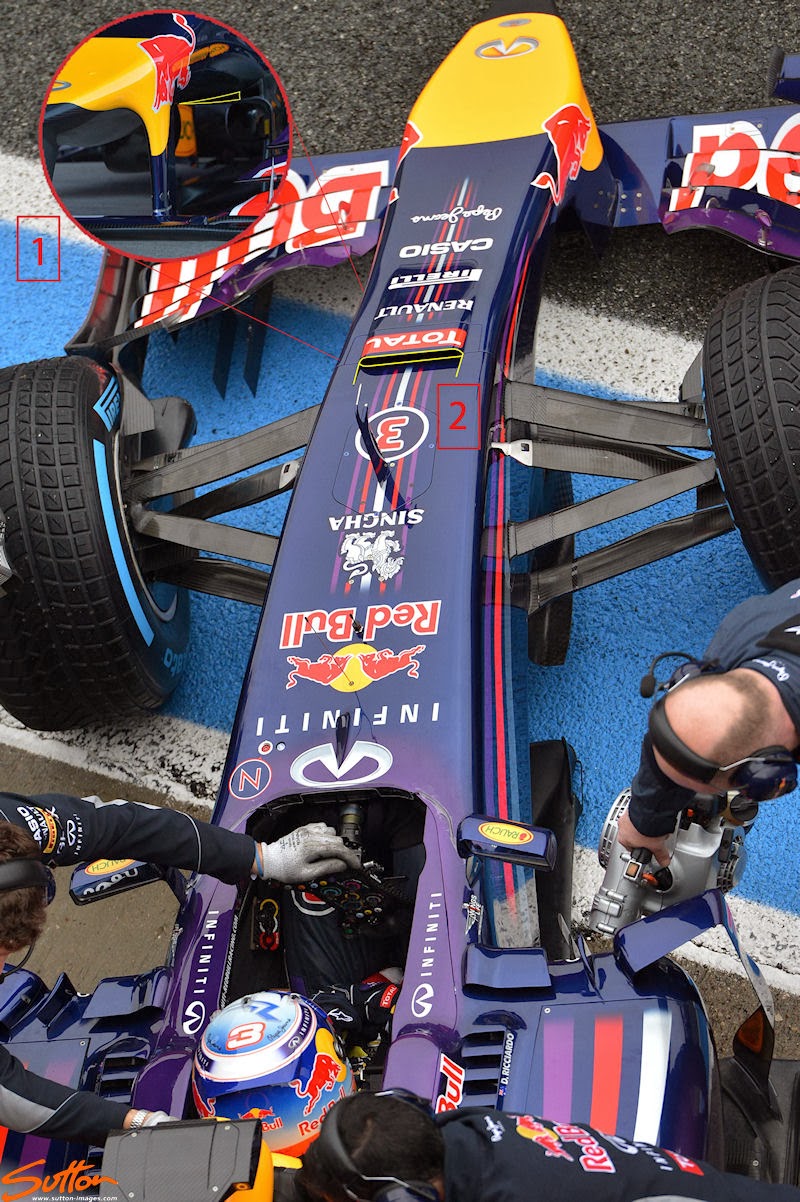 Used by Red Bull in different guises over the last few seasons the team have once again utilised an 'S' Duct in order to realign the airflow under certain flow conditions. In the case of the RB10 an inlet placed under the nose [1] feeds a rearward facing upper outlet [2], in order to smooth the transition of airflow from the nose over the chassis, resisting the airflow’s efforts of detaching due to the noses gradient.

NB. Strangely Red Bull didn't place the FOM camera's on the nosecone during the test in Jerez and so it's likely the team have an aggressive solution for their mounting going forward (similar to Ferrari and Mercedes)