Basking in the opportunity to run significant mileage during pre-season testing, McLaren were in good stead heading to Melbourne. Having made some significant errors with the '28' the team are eager to show their worth with the new car.

One of the early season changes the team made in 2013 to try and rectify some of their issues was reverting to a more basic Turning Vane configuration. During testing the team used a similarly basic set of vanes placed under the nose, whereas in Melbourne the team arrived with a 3 tier arrangement.

The movement of these vanes is indicative of the way in which the team see the tyre wake affecting this portion of the car with the new vanes moved rearwards. The first element is attached to the most rearward underside portion of the nose whilst the two secondary elements are affixed under the chassis. The mere fact they are now a triple element rather than a singular one means that they should operate more efficiently over a wider speed range, with airflow bleeding between the elements as it passes by. 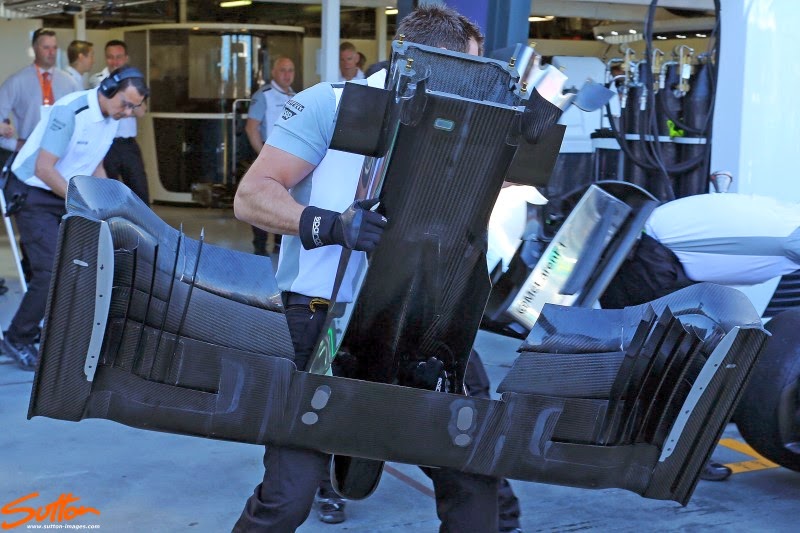