Williams have tended to follow a distinct pattern in terms of rear end design and cooling over the last few seasons, but with arguably the best reliability of any team during pre-season testing it doesn't hurt to try other things. 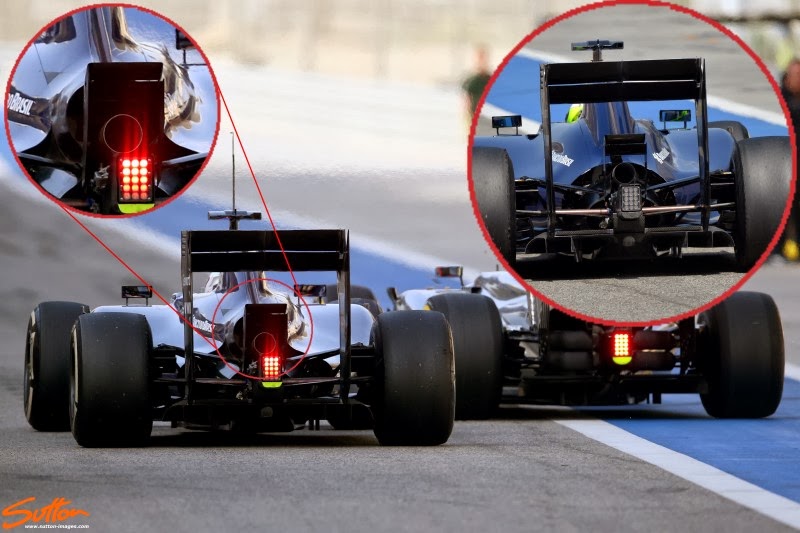 The team therefore tried a cooling funnel reminiscent of the one used by Red Bull over the last few seasons (upper left inset) albeit with the exhaust running within it this time around. The idea is to utilise the more concentrated flow around the exhaust to manipulate the exhaust plumes direction, this however comes at the expense of cooling the car and so the sidepod outlets below it are expanded, which in turn will compromise the airflow around the coke bottle. I suspect we will only see this used in more volatile temperatures due to the impact on the surrounding aerodynamic components when compared with Williams already tried and tested cover (upper right inset).
Tagged
Newer Post Older Post