Lotus continue to battle to regain ground lost having been late with their 2014 challenger, a succession of powerunit issues has also curtailed the Enstone based teams performances and so they approached Barcelona with fresh vigor hoping to put some of this behind them. 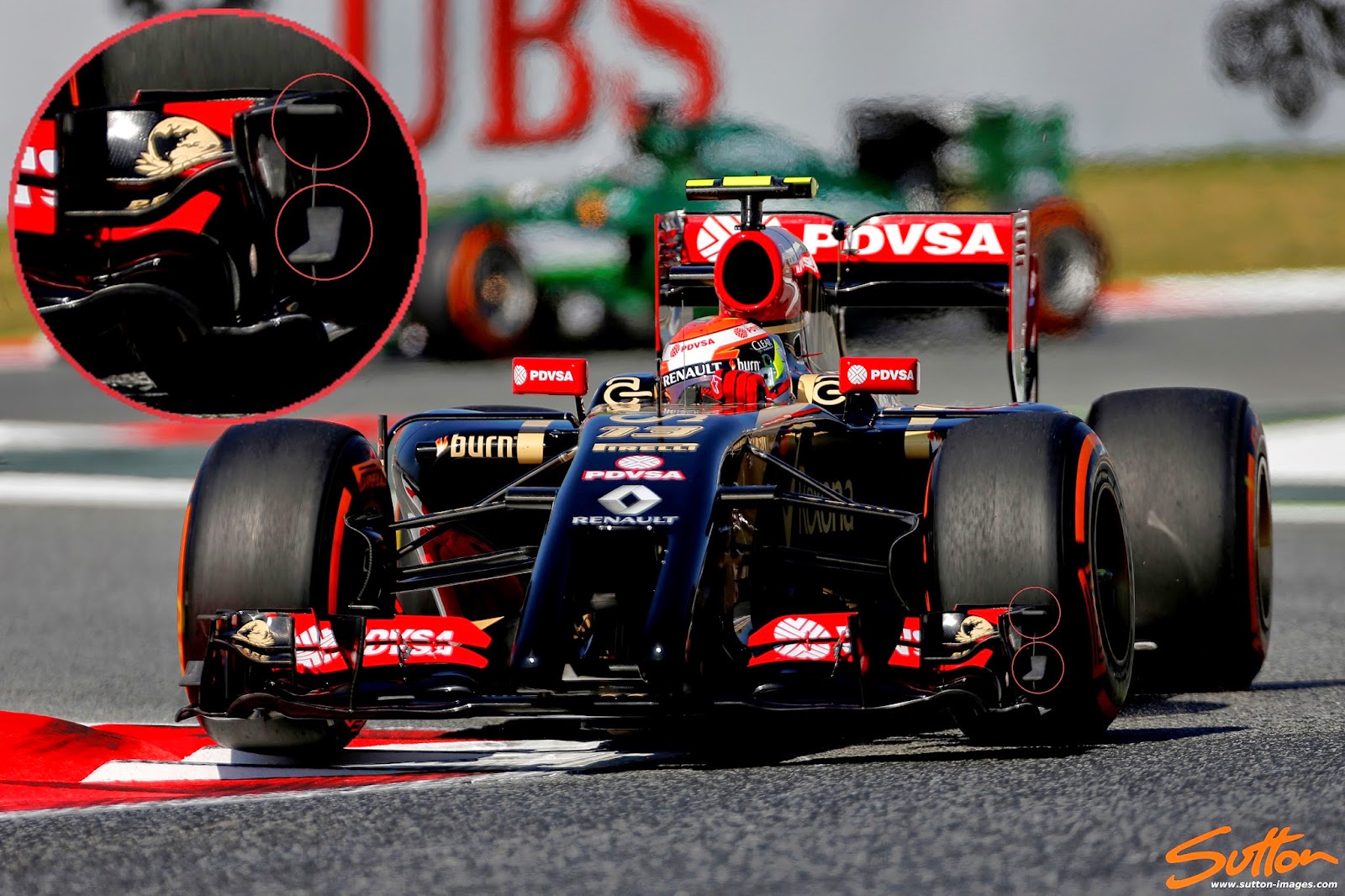 Lotus briefly trialled a new front wing in Barcelona featuring outer endplate canards/winglets, as Lotus run multi element endplates each side of the wing featured two canards. The aim of these canards/winglets is to affect the pressure gradient, creating an area of low pressure behind them that helps to draw the airflow passing over the inside of the wing to move outside. This should increase the control of the airflow as it passes around and over the front tyre, which is also critical to how the rest of the car performs.