Disappointingly Williams decided to change their wing mirror mounts for the Spanish GP, the stand out wing mirror design of the season saw the mirror itself mounted on twin stalks that acted as Vortex Generators for the Sidepod beyond.  However with some changes made in Barcelona to their Sidepods the treatment of the airflow ahead of them is critical to how they behave aerodynamically and so a more traditional mirror stalk has been employed instead. 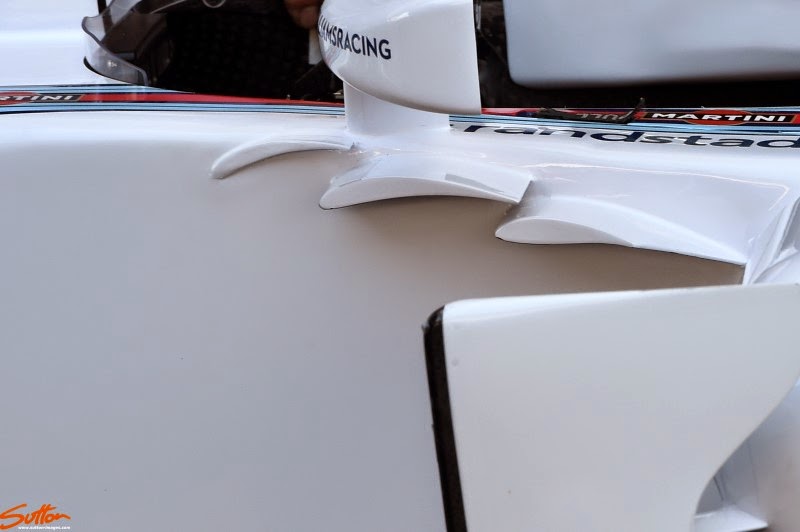 Of course the cockpit vanes surrounding the mirror have been retained albeit with some minor modification to their size and orientation.