McLaren arrived in Germany with a new rear wing with a few new distinguishing features: 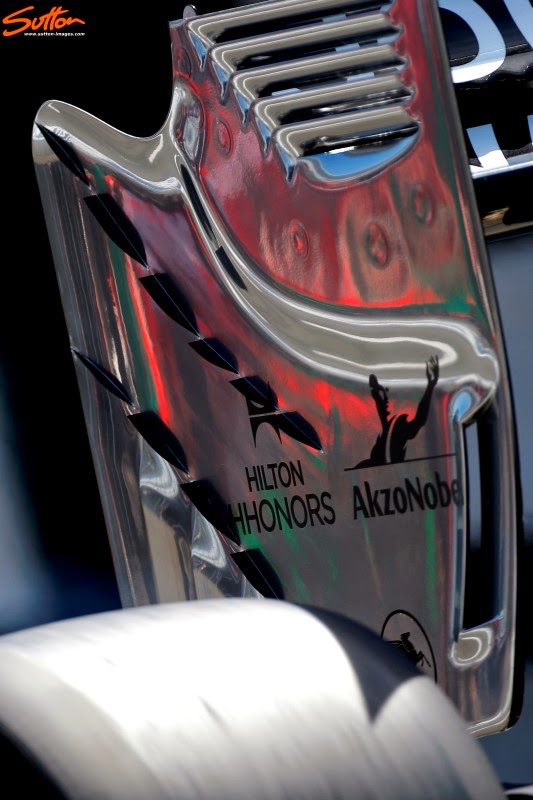 The endplates have each been treated to two rows of canards, which rather than being one longitudinal canard are serrated for further efficiency.  This is a design that has been prevalent on the Lotus for some time, with airflow rolling off the canard at the endplates trailing edge creating vortices, which makes for an altogether more targeted flow structure in the region.  The canards form part of the 20mm allowance for the endplates and so the endplate around them has to be narrower to accommodate them.  The serrations are used so that the airflow works in the same manner whilst the car is in yaw, otherwise the vortex would rapidly break down as the car changes direction, leading to a loss in stability.  Of course the team have opted to angle both rows of canards upward to further maximise the whole wings airflow structure, creating upwash that vicariously leads to an increase in diffuser performance too.

The team have also re-designed their Mainplane and Top Flap with the introduction of tubercles to the trailing and leading edges of each respectively.  Tubercles are the wave patterns formed on the edges of the wing profiles, with the pectoral fins of humpback whales being most widely associated with their use. 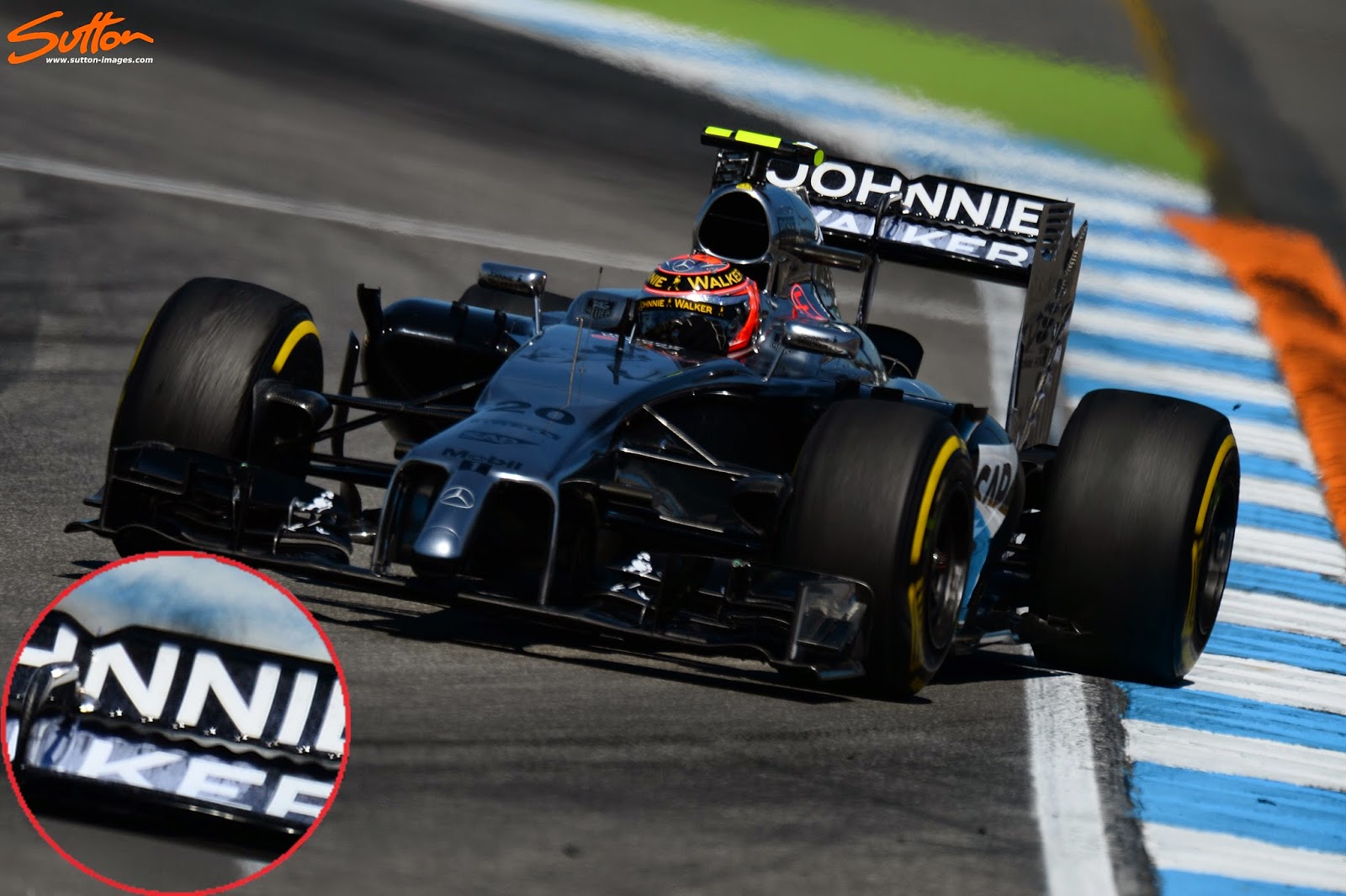 The tubercles on a humpback whales fins are seen as one of the primary reasons for their maneuverability, with them increasing the efficiency of the fins span (Research conducted around 10 years ago concluded that a humpback style fin produced 32% less drag and 8% more lift than a conventional straight edge fin).

In the case of McLaren it's interesting that they've opted to place some on the trailing edge of the Mainplane skewed to the placement of the top flaps leading edge ones (like a zip).  I believe this is to mainly help the upper profile, vicariously boosting the performance of both.

As two profiles are required by the regulations and inevitably a singular profile would lead to stall issues, the design and use of tubercles for the rear wing have required further investigation than simply applying the humpback knowledge. We also have to consider that DRS plays a role in how Formula One designers approach rear wing design, with implications in performance both when in use and when closed.

Starting with the Top Flap as this uses the conventional knowledge carried over from the humpback, the tubercles create a Venturi effect with the airflow being constricted by the protruding "knuckles" and allowing the airflow to pass by the shorter sections, creating narrower flow channels, that pull on the constricted flow.  Much like the use of Vortex Generators on a sidepods leading edge this results in a wing that produces a wider operating window, meaning the team has much more scope in terms of angle of attack.  The tubercles also reduce drag, with tip vortices curtailed by their destabilization of the airflow. 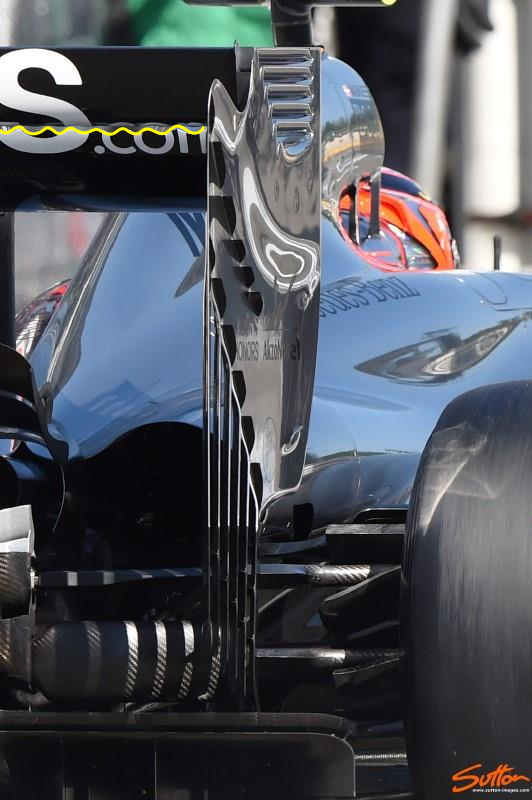 The Mainplane also features tubercles (marked above in yellow) but this time on the wings trailing edge, now although this is counter intuitive to what we have just learnt in terms of the humpbacks tubercles, we must consider that there are two pressure sides to a wings profile and one cannot work without the other.  I'd suggest the trailing edge tuburcles are a means to increase the speed of airflow dispatched by the mainplane, allowing the lower pressure side (the back) of the top flap to work more efficiently with the high pressure side.  Furthermore we must remember that the wing operates in different modes, with DRS.  The opening and closing of the DRS flap during a lap can lead to instability as the airflow tries to re-attach, this can be a problem under braking and turn in, which the team and drivers would of course like to avoid.

Some smaller changes have also been made to the rear wing support Y-Lon, whilst the centralised V groove, used to cut drag has also been reduced in size.  These changes are both supportive of the new tubercles which increase the wings efficiency, the change to the Y-Lon has been made in order to reduce it's effect on the mainplane (especially in yaw).  Whilst the span reduction of the V groove is due to the increased L/D that the wing now has.
Tagged
Newer Post Older Post