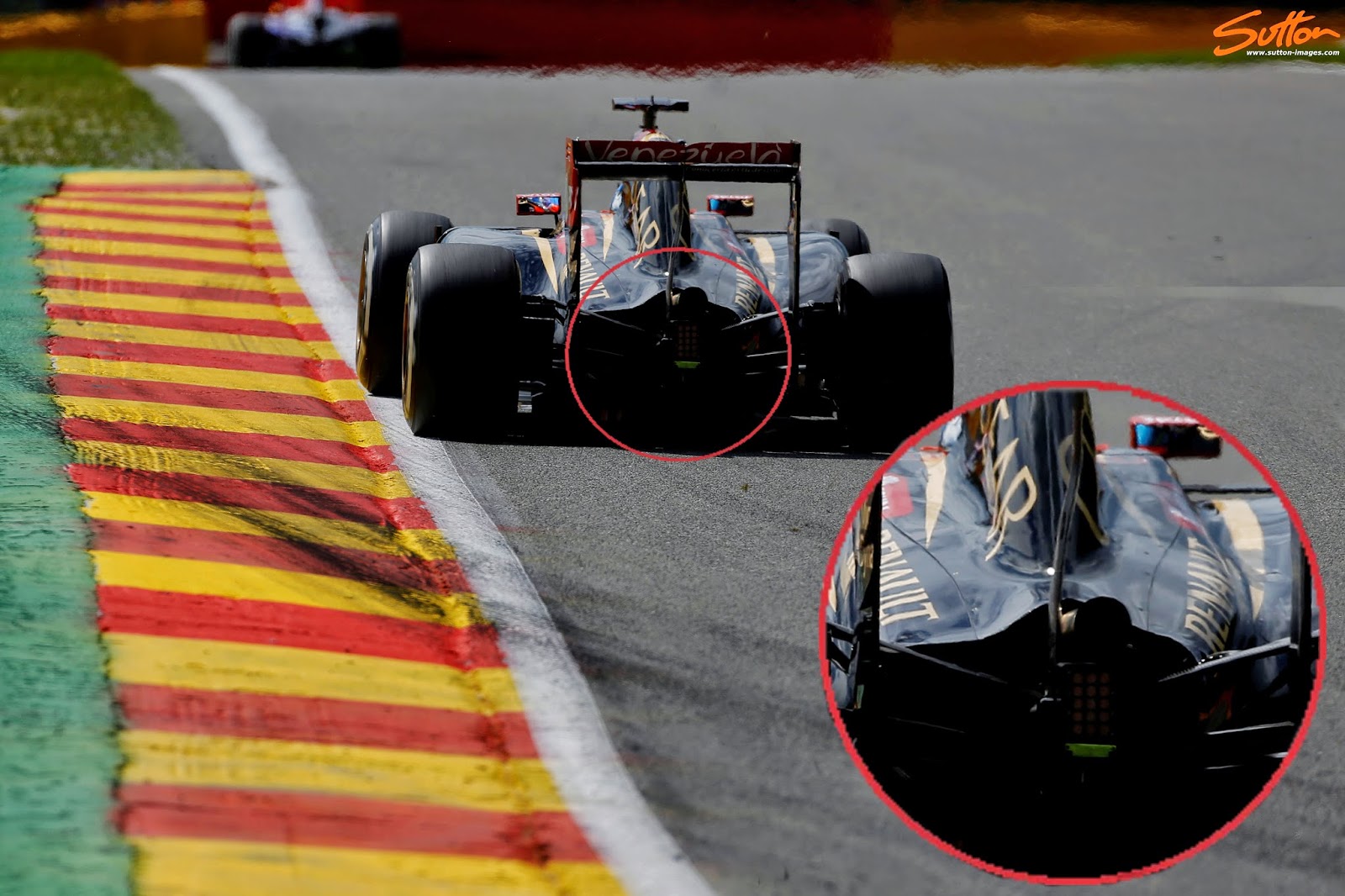 As we know the E22 sports several asymmetric components already but in Spa the team decided they would also change their approach to cooling the car in this way too.  As we can see the left hand side of the car, which houses the chargecooler setup had a significantly larger cooling outlet when compared with the right hand side.  With the size of the cooling system inside the sidepod seemingly increased for Spa the team decided that this shouldn't affect the other side of the car and ran a much smaller cover on the right.  I'm still not wholly convinced by the teams asymmetric philosophy especially owing to its aerodynamic impact, but on a circuit dominated by long straights, perhaps it was simply a case of their drivers being aware of the balance issues in sector 2.
Tagged
Newer Post Older Post