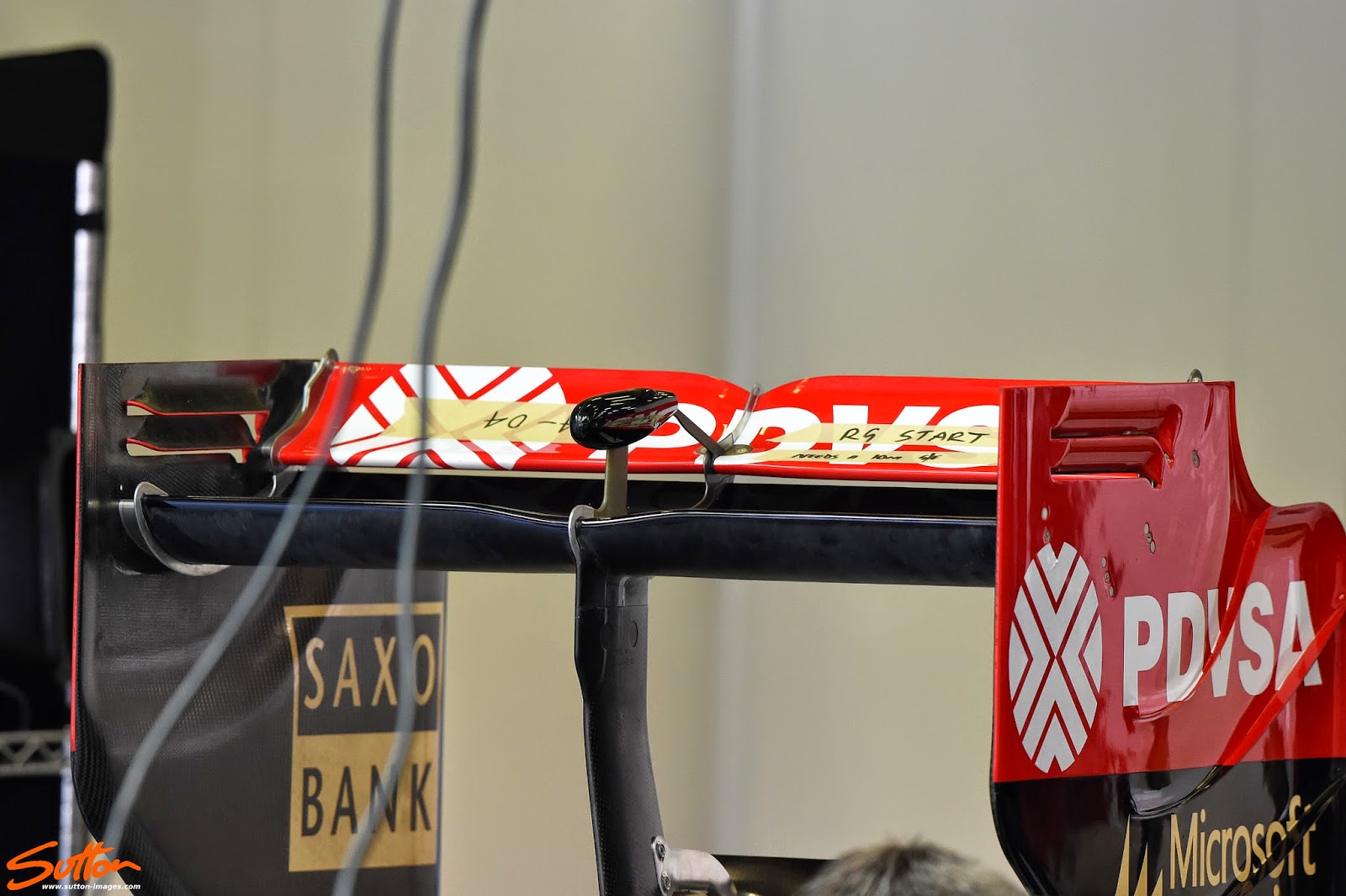 The last stop before the summer break being Hungary meant the team bolting on as much downforce as possible but the return to racing at Spa offers a new challenge.  The 7km circuit has some of the longest straights on the calender but also has its fair share of complex corners, making it a challenging place for the teams to get their aerodynamic packages right.  Rather than produce a race specific rear wing the team have returned to a specification last used in Montreal.

The wing features a much lower angle of attack than usually utilised with just two *louvres placed in either endplate.