Having come off the back of what Red Bull would consider two very low downforce circuits the team arrived in Singapore, in familiar territory, looking to capitalise on their strengths, with the RB10 still regarded as the best chassis in the field. 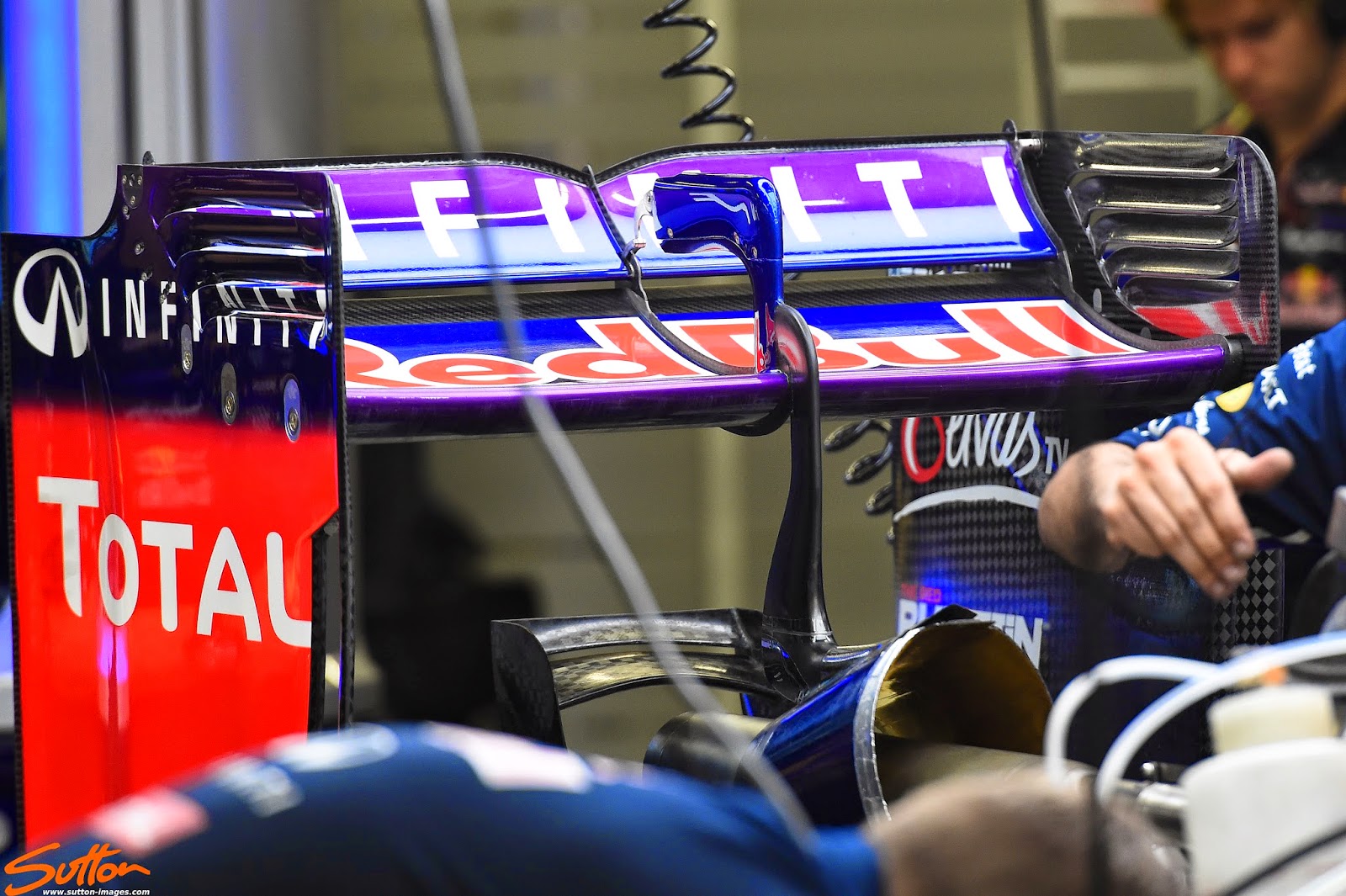 Having used extremely skinny rear wings for both Spa and Monza the team returned to a similar specification last used in Hungary, with a high angle of attack also warranting their upper Y100 winglet / Monkey Seat. 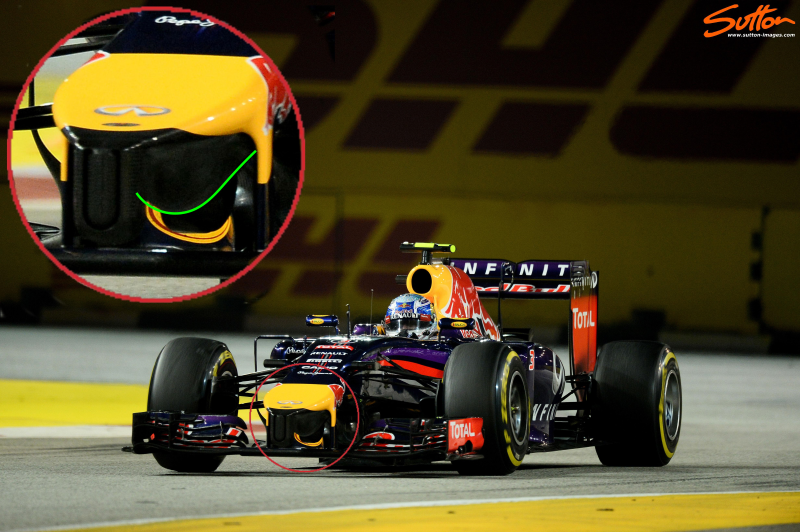 At the front of the car the team made further changes to the RB10's nose, increasing the depth of the 'pelican' underbelly (see green line added in the inset).  The pelican had been deleted for the last few races as at higher speeds it overwhelms the region, stagnating flow and causing too much detachment.  At lower speed/high downforce circuits the 'pelican' actually speeds up the airflow as it creates its own low pressure region in behind the region, whilst keeping flow attached to the underside of the nose is critical to the noses upper surface too, owing to their use of a 'S' duct (below). 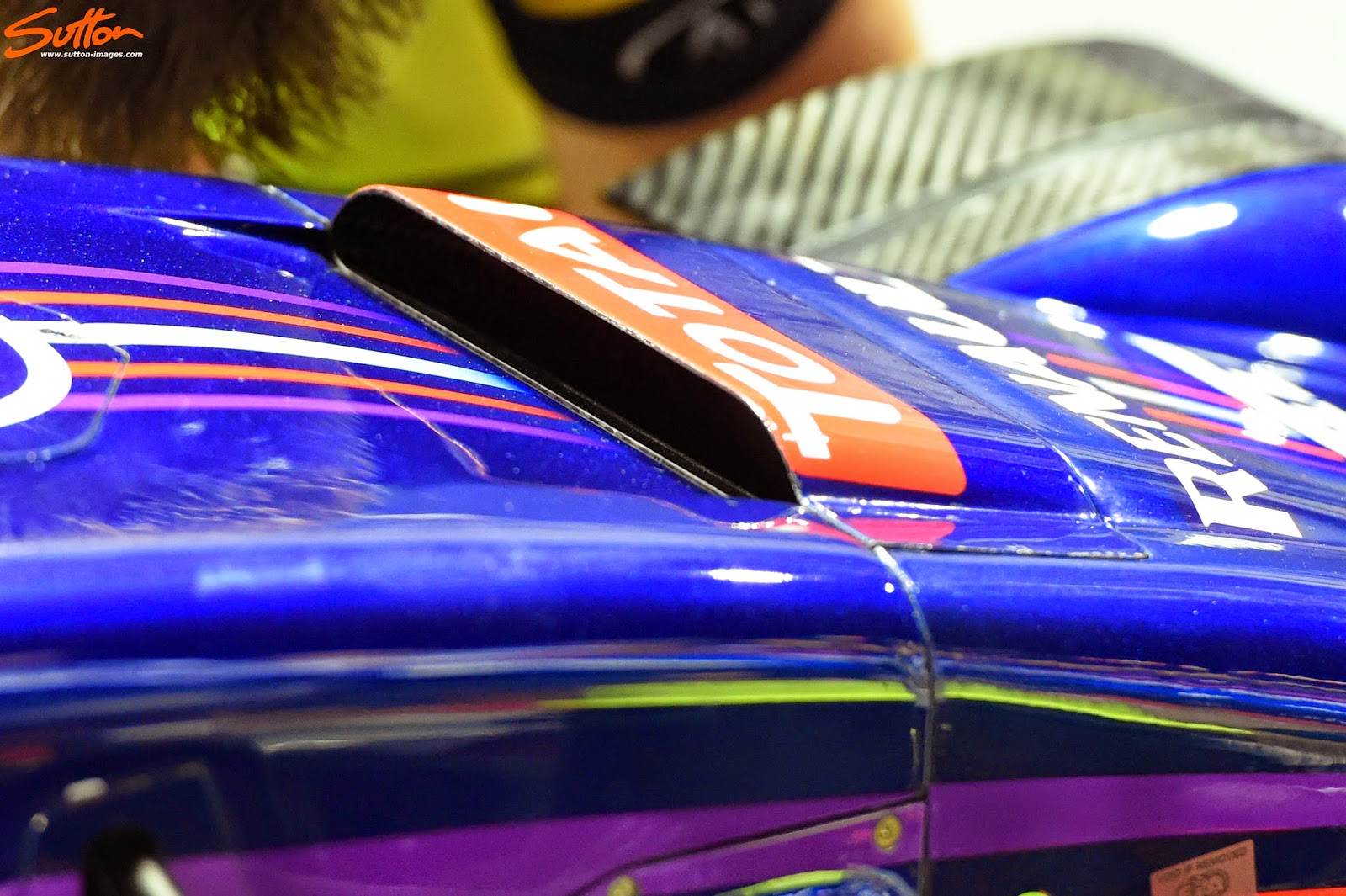 The heat in Singapore can also play havoc with the powerunits performance and so Red Bull ran with a revised cooling gill arrangement on the top of their right hand side pods.  The chevron shaped gills will of course release airflow in a different manner to their straight edged counterparts and so clearly Red Bull have found an advantage from doing so  (Likely that their shaping energizes the slower moving hot airflow). 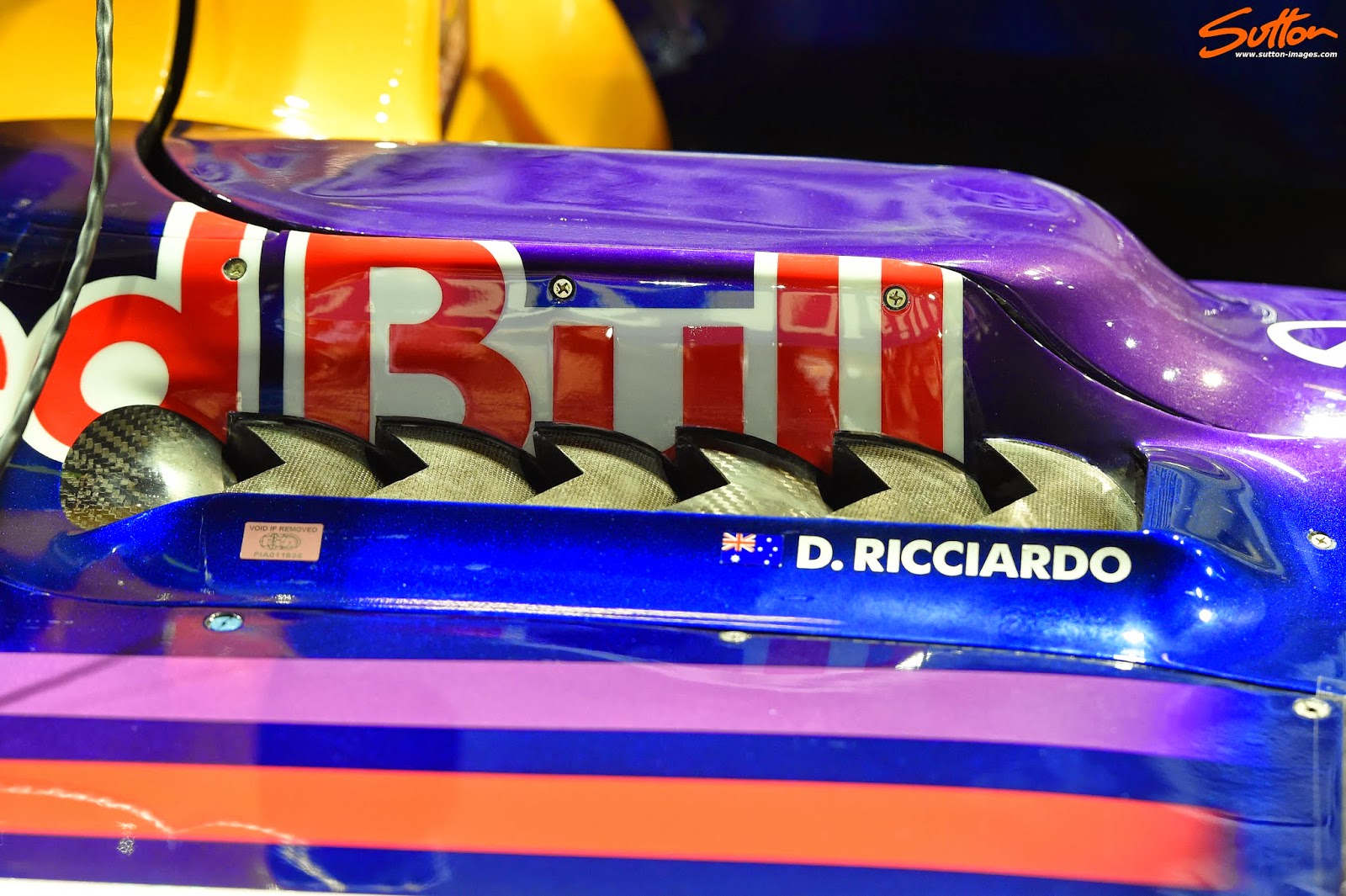