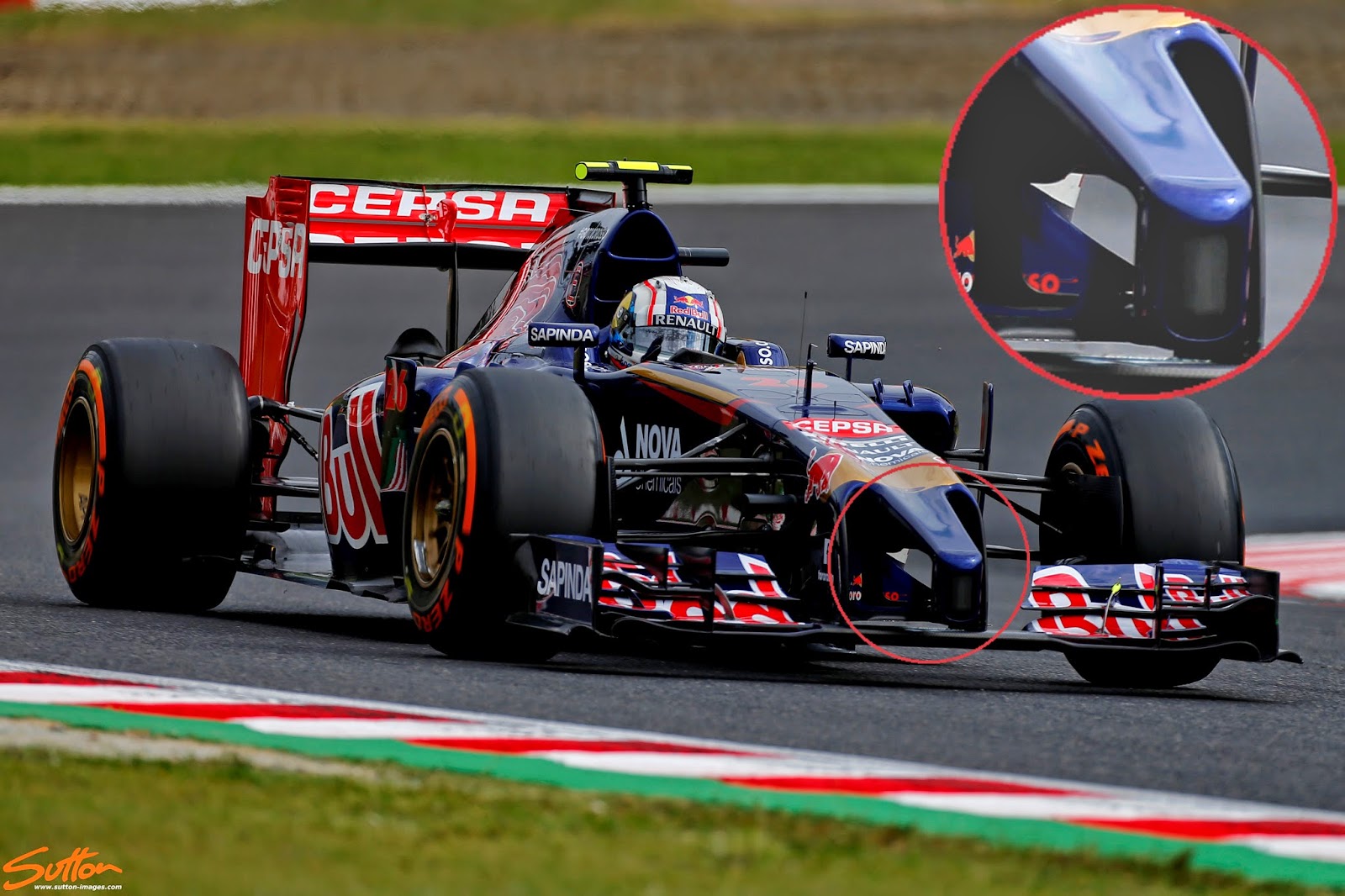 Toro Rosso are continuing their development having arrived at Suzuka with a new nose, having followed their Red Bull counterpart in terms of the new design.  Utilising a wedge & keel design that circumvents the dimensional requirements set out for the nose tip, the idea is to allow a better quality of airflow under the nose, which will of course increase the quality of flow rearward, toward the splitter and sidepod undercuts, improving flow to the rear of the car.

The front face of the nose tip will create a high pressure zone, allowing the airflow to accelerate around it into the swept back keel section as it looks for the lower pressure. 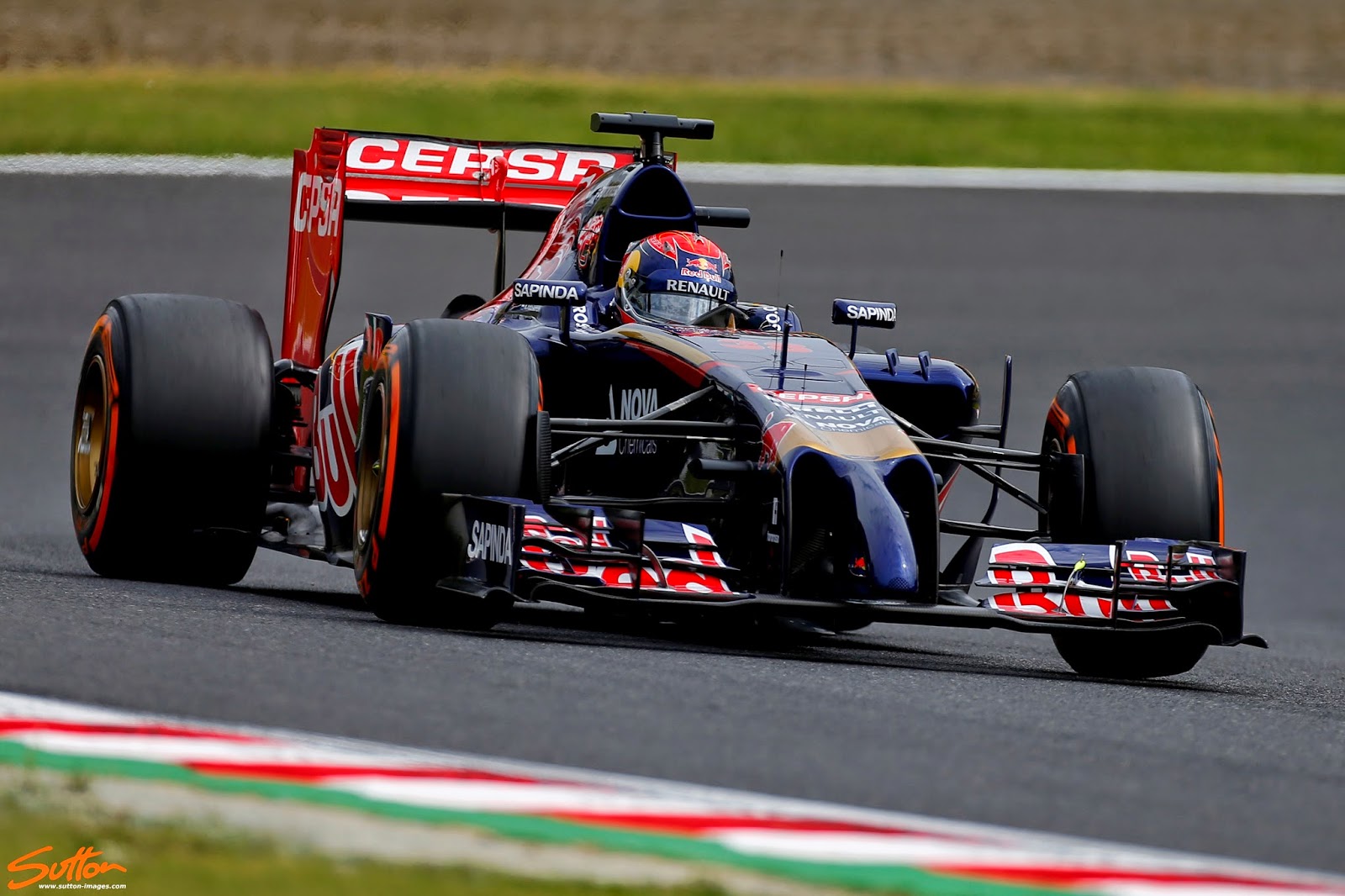 Above: As a comparison here is Max Verstappen's maiden FP session using the older specification nose