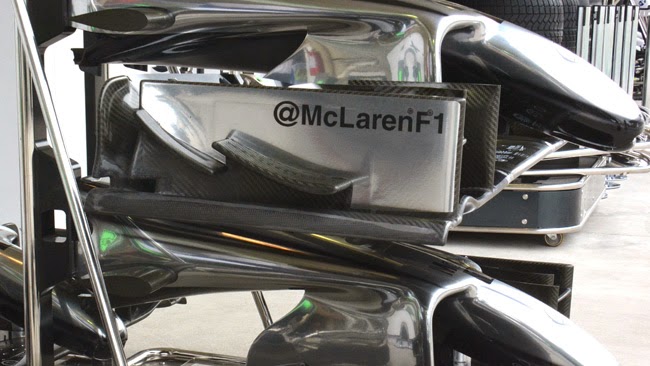 McLaren continue to make tiny steps at improving the MP4-29 toward the end of the season and as you can see when comparing the image taken above (by Giorgio Piola), with the one used previously, we can see that some small notches have been removed from both the trailing edge of the Endplate and the most rearward wing element.  You'll note that the notches are not new just enlarged and so it seems that the team are keen to make these ad-hoc changes in order to increase how the flow moves around the front tyre.  I'd be interested to know if they went to the expense of making a new endplate for this test as in reality a dremmel may well have dealt the same blow.  However we can see that the shaping of the rear wing element has been re-designed, with the outer portion now forming a sort of Gurney, further enhancing the way in which the airflow is outwardly turned. 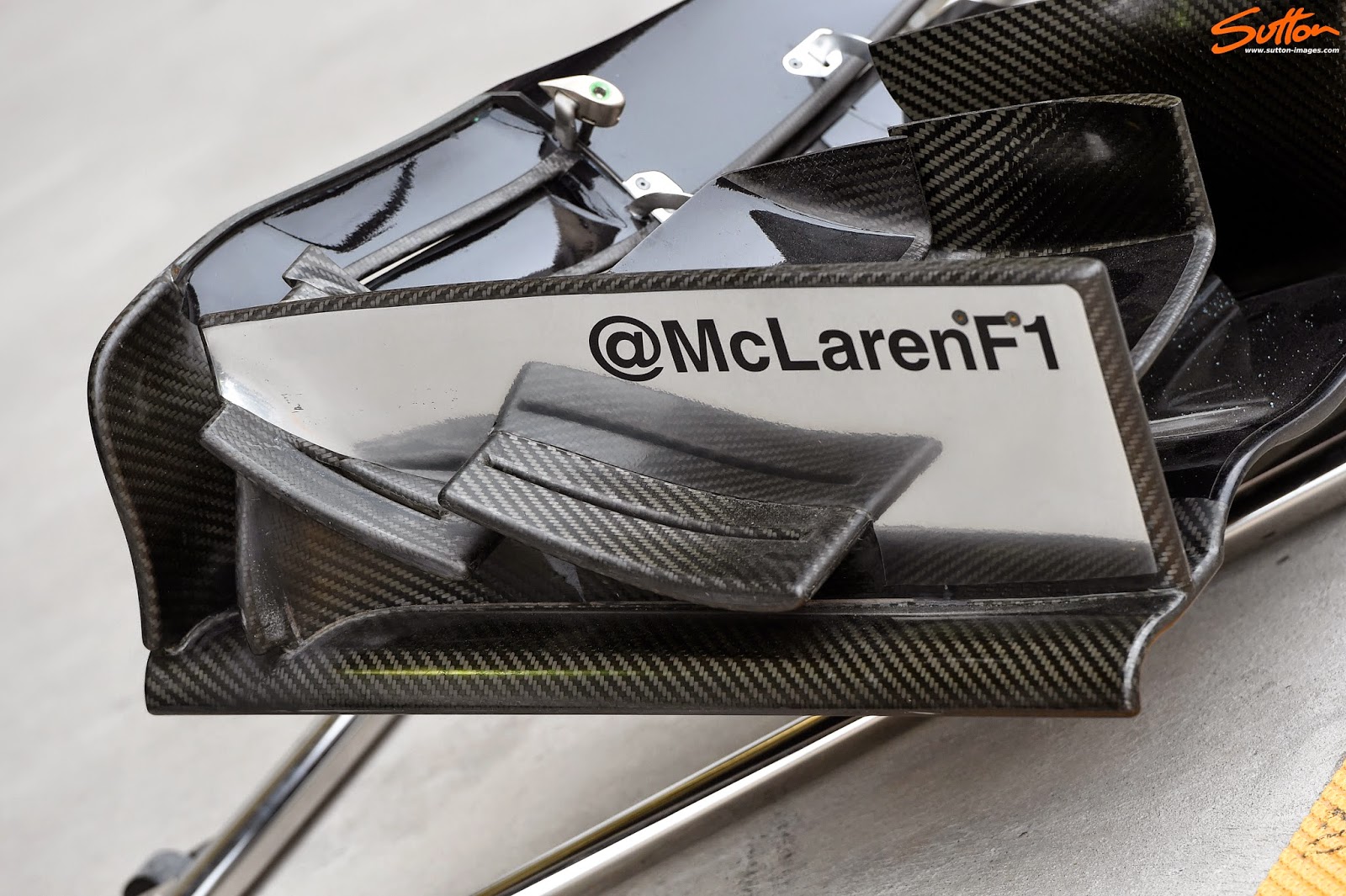 Something we can see from the image below the team have made great efforts to achieve. 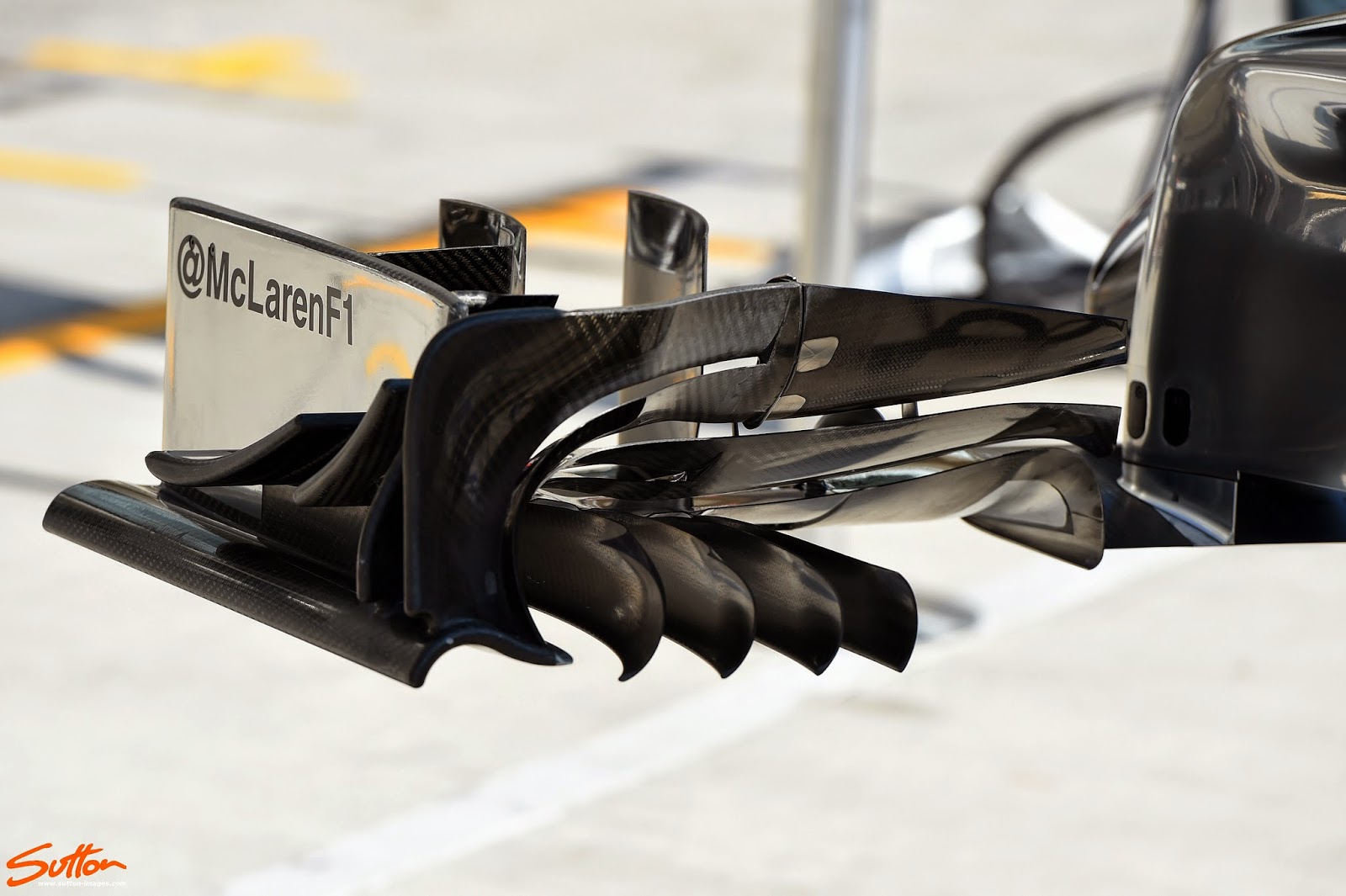 The changes are likely in response to the ones previously made by McLaren to the stiffness of their Front Wing in Sochi.  The team ran an extravagant set of pitot tube arrays (above) during FP1 not only to assess the enlargement of these notches but to understand how the car will behave next season, as they trialled titanium skids. 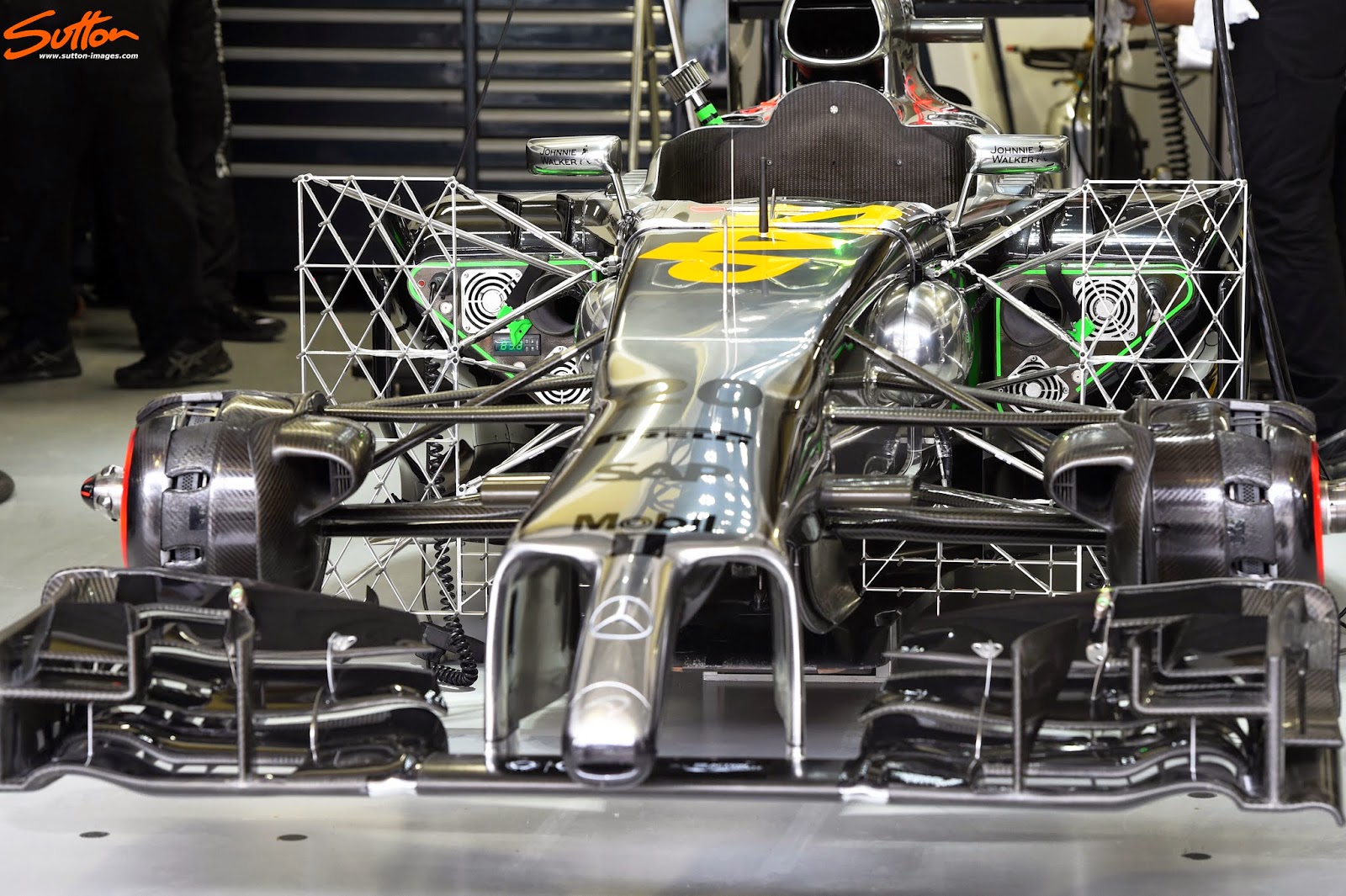 Over the years the teams have migrated from titanium to tungsten as a method of protecting the leading edge of the splitter (tea-tray), with the regulations up until the changes in 2015 had called only for a material of a specific weight to complete this task.  In 2015 the regulations specify Titanium as the use of Tungsten has been proliferated by the teams as it is less prone to wear, meaning they could run the splitter much closer to the ground without fear of excessively wearing the plank.  Running the splitter closer to the ground clearly has other implications (performance benefits) such as the Front Wing also being in closer proximity to the ground, whilst it allows for a more expansive diffuser (Rake).  Understanding and measuring these guiding principles early on will shape development for next season.

As we can see the upshot of using titanium skids (for the fans at least) is that we also get the spectacular effect of a bygone F1 era.