By McLaren's high standards the team have struggled over the last couple of seasons, this has also been a transitional year owing to their change to the Honda powerunit for 2015, whilst serious personnel changes have also been made.  One of the major coup's for McLaren was extracting Peter Prodromou from Red Bull, as he'll now head the aero department.  Small interim changes to the car since his arrival have had all the hallmarks of his handy work, but in Abu Dhabi we see that the '29' has been treated to several Red Bull-esque alterations. 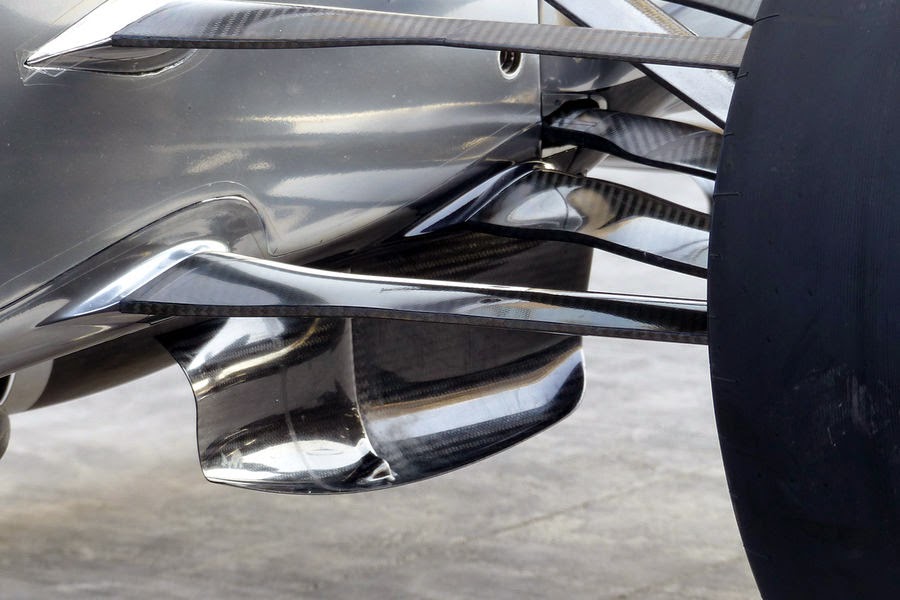 Having already looked at the teams most obvious alteration/test parts this weekend the front wing lets look at the under chassis turning vanes too.  As we can see the new vanes are significantly different in shape.  Their design doesn't match that of the RB10 like the Front Wing but it is a departure from the fairly basic appendages they replace.  The most forward element is the largest, contra to the previous design, whilst the rearward element does bear some resemblance to the Z styling seen on the RBR vanes.  The change in turning vanes falls inline with the 'pelican' underbelly added to the nose at the last race, whilst of course making better use of the new flow regimes generated by the new front wing.  (Turning Vanes are used in order to condition and manipulate the airflow moving along the car's centreline, they are of particular importance when the car is in yaw, as they protect the centralised flow from the wake produced by the front wheels) 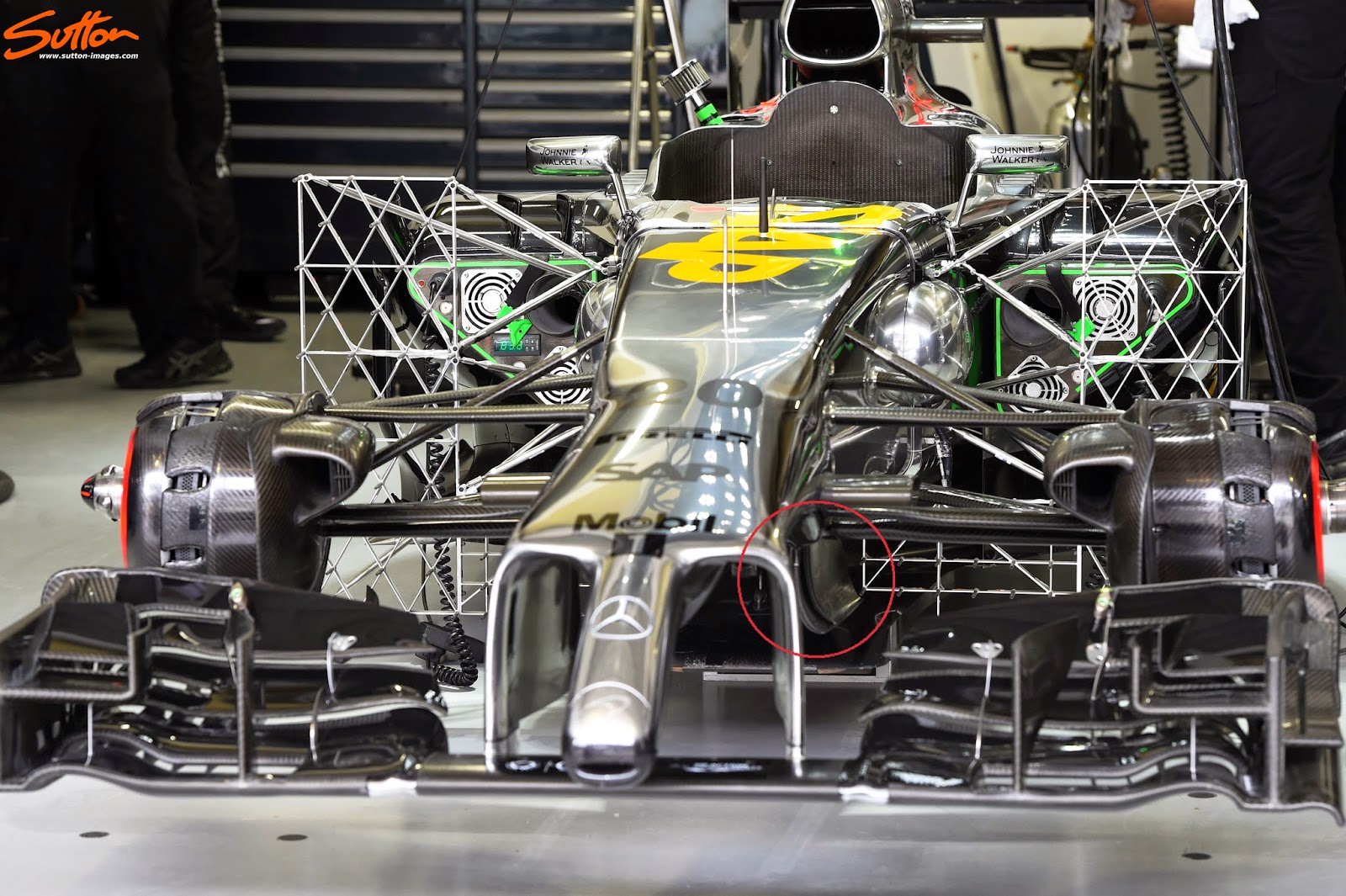 Above: The older spec turning vanes