Force India were late introducing their 2015 challenger owing to their move to the Toyota wind tunnel facility in Cologne and finding some descrepancies between the data from their own tunnel.  Furthermore the collapse of Marussia and Caterham meant some of the suppliers to the F1 industry withheld products, changing their payment protocols, putting cash flow stress on teams like Force India.

The team have made no secret of the fact they expect to bring a B-Spec set of parts for the car at Barcelona or just beyond, once they've had time in the Cologne tunnel to make progress.  The team have also acquired new staff in that department and so we can expect updates to funnel through that may appear representative to the teams they've come from. 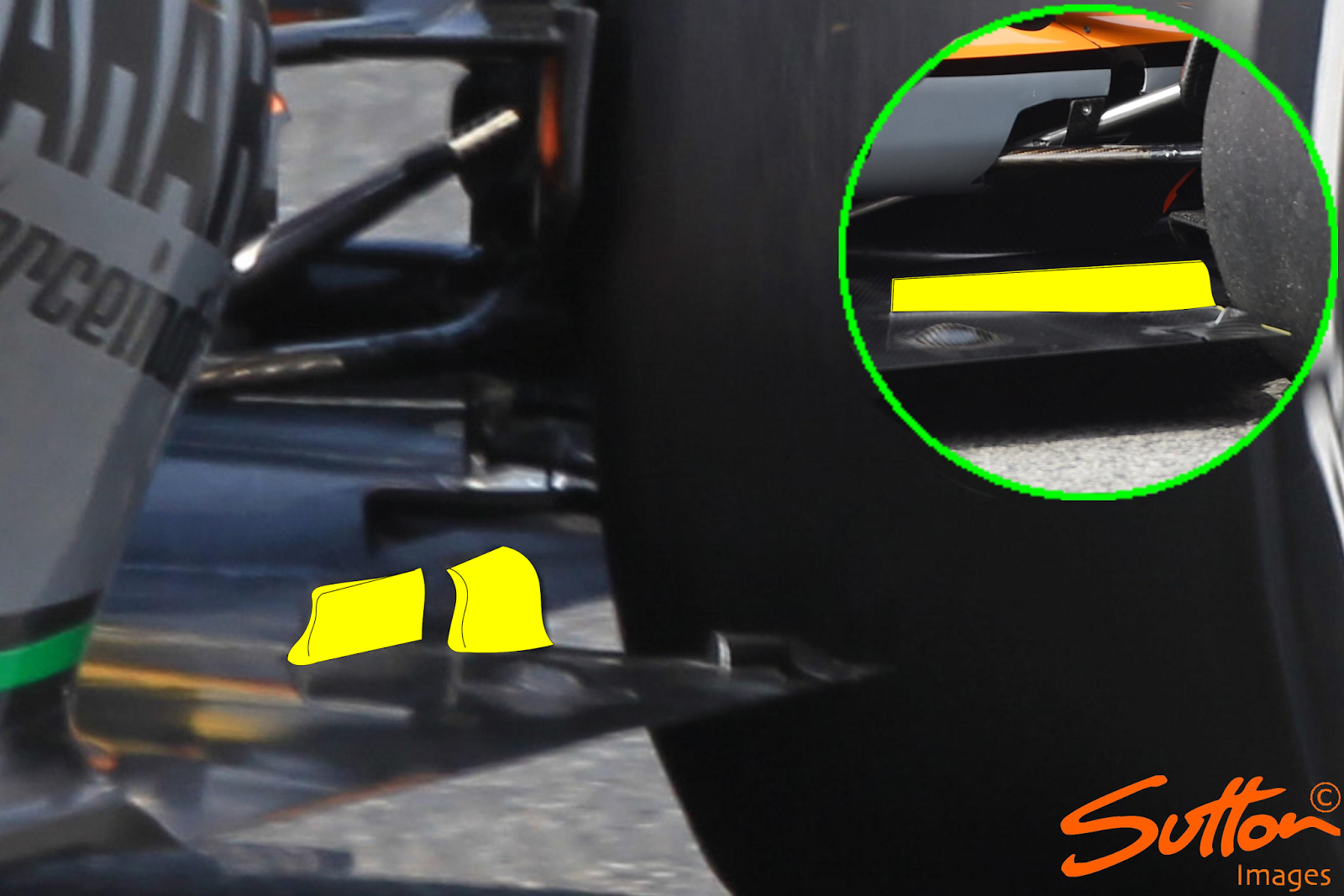 Once such update came through for China with the team adopting a new vertical strake configuration in the tyre spat region (marked in yellow).  As we can see from the tmage the log singular strake previously adopted (inset) has been replaced by two strakes.  The rear of the two having a bend in its uppermost section, whilst both are much more shapely than the singular predecessor.  The shaping and offset of the strakes are used to change the way in which the airflow works downstream, with both the brake duct fins and how the deformation of the tyre squirts airflow latterally into the diffusers path.  The new strakes are very similar to a design previously employed by Red Bull so you can guess where one of the their new aero guys came from....
Tagged
Newer Post Older Post