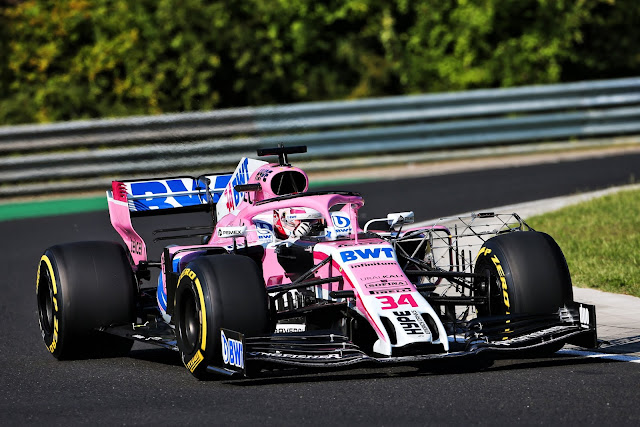 We still don't have a defined set of regulations out in the open for 2019, which is particularly frustrating given the changes that the FIA are set to impose for next season.

Fortunately we have seen snippets of what these regulatory changes will affect - The 2019 regulatory shakeup, the main one being a change in how the design of the front wing will be governed, altering the design concept quite significantly.

The intent of these particular changes are to limit the outwash potential of the wing in order that the cars overall wake profile be altered. The hope here is that by containing the wake envelope it'll make it easier for the trailing car to live in the turbulence behind. 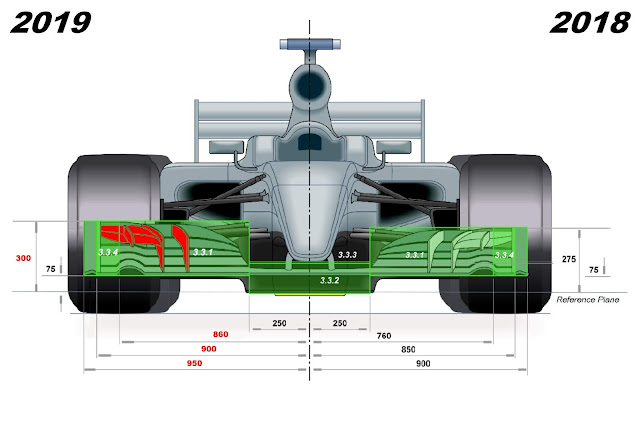 From the limited information available it would appear that the wing will be wider, potentially taller, have a narrower box region in which the endplate can occupy and have only five flapped elements that cannot overlap one another, meaning the various cascade elements (highlighted in red) cannot sit atop the wing either.

The latest in-season test, in Hungary, has seen some of the teams make a concerted effort to test some 2019 style designs. As Force India (main image) and Williams trial the much less complex front wings. 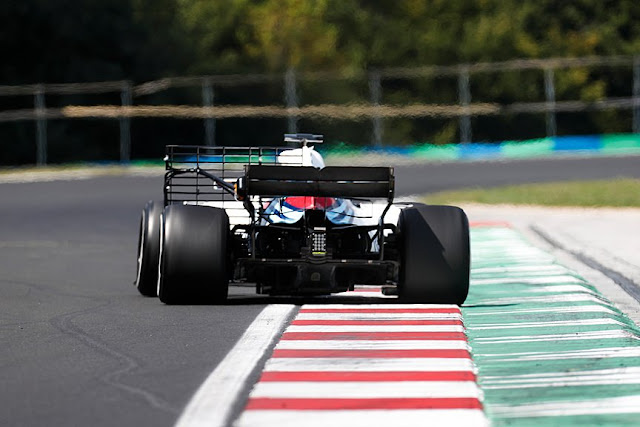 They mounted a large kiel probe array behind the front left wheel to assess how flow was disturbed downstream. 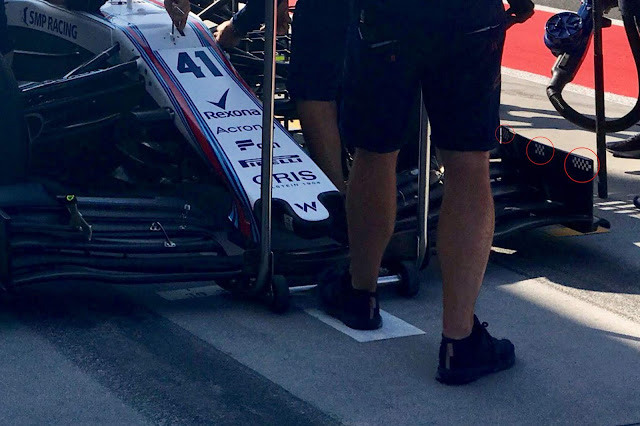 They placed chequered stickers on the endplates which can be filmed with a hi-speed camera to detect how the wing performs under load. 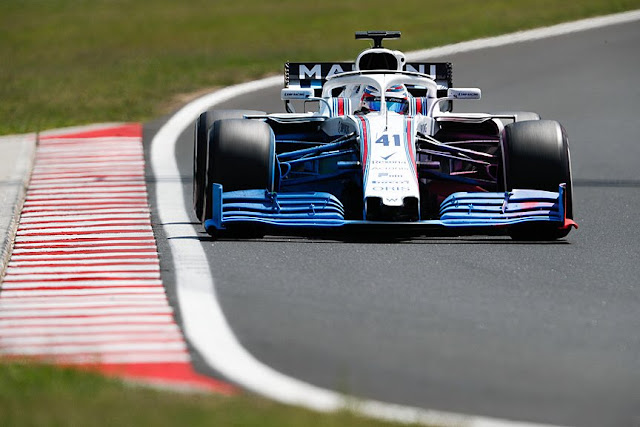 They also plastered the front wing (and some of the surrounding suspension elements, less complex front brake duct etc) in flo-viz to get a read on how they all performed, aerodynamically, with one another. 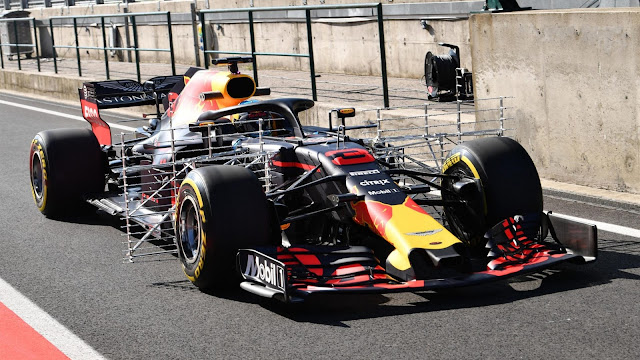 A front wing tested by Red Bull confused many as it was missing the cluster of upper cascade elements, but crucially still featured 9 outer elements and wasn't any wider than the current wing. However, I'm going to classify it as a hybrid wing, as the overall height of the flaps and endplate do appear to be higher than current spec...

So, there we have it, the first look at what the front wings could look like in 2019, although I'm convinced that they'll still be more complex...
Tagged
Newer Post Older Post