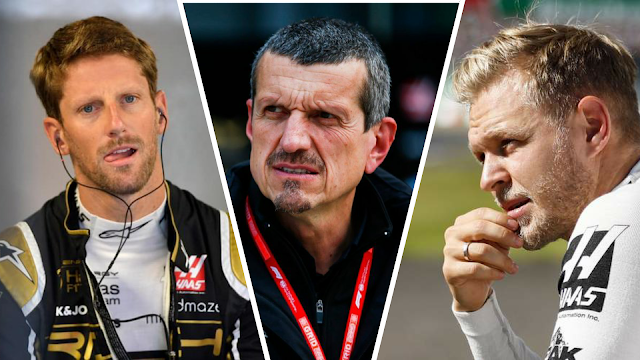 Haas and moreover Guenther Steiner proved to be the stars of series one and so it was an obvious narrative tool to use them in the first real episode of series 2.

Background
Haas arrived in Formula One in 2016 and immediately locked horns with the other teams, as they frowned heavily on the relationship they'd had with Ferrari. The newly formed team were not only buying every non-listed part they could from the Scuderia but it had been intimated that the creation of their first car, had been done almost entirely by Ferrari. No rules broken here, as not actually being on the grid meant that Haas still weren't a constructor and certainly not under the purview of the regulations.

The rest of the grid assumed that as a by-product of this, Ferrari were able to use almost unlimited wind tunnel time on the Haas project that could also aid them in the design of their car.

The allegations were quickly quashed by the FIA but the affair left a sour taste in the mouth of the other teams. In the wake of this showdown, the governing body also made changes to the rules surrounding the movement of staff, as it had become obvious that certain personnel had moved back and forth between the two operations.

That's a bit rich
The arrival of William Storey and his Rich Energy brand is not a new chapter in Formula One’s history, with many the chancers having roamed the paddock down the years. More often than not the teams realise they’re being duped before they get too deep into negotiations, but on the odd occasion someone gets beneath the veneer... 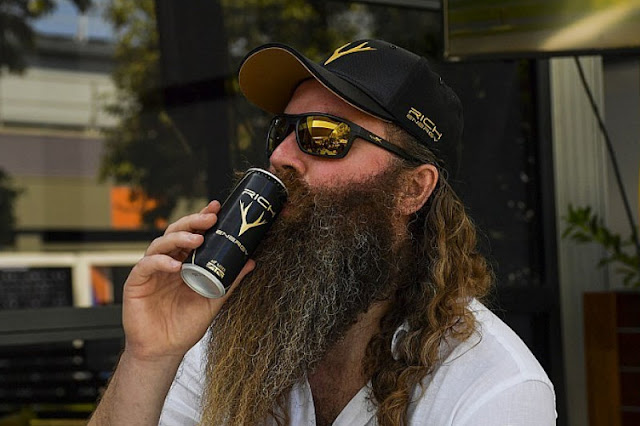 Storey had sidled up to other teams in the paddock, including Williams, before finally doing a deal with Haas. Many questioned the validity of the deal and the company itself, owing primarily to the fact that most people had never seen the product out in the wild.

Supply issues aside, Haas did their due diligence and were happy that they’d get their money, they did not. Well, at least not all of it and Rich Energy got what they wanted all along - publicity, which as we all know, no publicity is bad publicity.

From great expectations to fucksmashing everything up...
2019 was not a kind year for Haas, their car did not deliver the kind of performance they’d come to expect and clearly led to a fraught, tense and brutal environment in which to work. The team struggled to get the best from their car, a situation that spiralled throughout the season as they didn’t seem to have any answers as to why the car wasn’t behaving as expected.

If you’re new to the sport you may not realise it but Formula One cars are essentially prototypes, changing at each and every event to try and get the best from them. Haas, owing to their budget and resources, have to go racing a little differently to the bigger teams though, as they tend to use development waypoints in the season, with larger update packages arriving at certain races, rather than drip feeding them through on a race by race basis.

This can be problematic if you encounter an issue, as all of the new parts are generally needed in order to work with one another (think of it like a daisy chain), meaning that you can’t just take off one part to see if it’s that which is giving you poor performance.

Haas found themselves in this very spiral during 2019 and in the end took the very unusual step of reverting one of their cars back to ‘day one’ spec, taking off all the updates to see if that actually made any difference. It made the car more drive able and consistent for Romain by all accounts, but it did not fix their issues.

The team haven’t openly commented on why their car failed to work as expected in 2019, but it’s believed to be tyre temperature related, a vicious circle created by not being able to keep the tyres in their ‘operating window’ [2] and constitutes a lack of grip for the driver.

Grosjean “Feels like it’s raining, I have no grip, no grip”

As noted in episode 1’s guide, changes to the technical regulations had an impact on how the cars needed to be designed for 2019, with a potential shift in the aerodynamic load to the rear of the car problematic in the control of tyre temperatures [1]. This was exacerbated in Haas’ case by their use of the Ferrari designed front brake drums, which place an emphasis on creating aerodynamic outwash and lessen their role in passing heat from the brakes into the tyre via rim heating [3].

[1] The tyres, which are supplied by Pirelli, have been deliberately designed to be heat sensitive, in order that they degrade and create strategic variance between each driver/team. This is a challenge that must be overcome at each circuit, with its prevailing weather conditions and the teams given aerodynamic configuration factors in this.

[2] There are three tyre compounds available at each race (5 compounds overall and Pirelli chooses which three will be used at each race) - Soft, Medium and Hard, denoted by Red, Yellow and White markings on the tyres sidewall. Each tyre will degrade at a different rate but this is a non-linear factor based on how the car and driver use the tyres over the course of a stint. To make life even more difficult the tyre will work better when it’s kept in its operating window, a temperature range which Pirelli created for each tyre in order to control the tyres lifespan.

For example, the softest tyre in Pirelli’s lineup has a working range of 85O to 115O, whilst the hardest tyre is 110 degrees to 140 degrees C. Somewhere in that heat range will be the optimum temperature for the given driver, car, track combination and if you can’t maintain that variance then you’ll lose performance.

[3] It’s always a tricky balance to get the necessary cooling to the brakes, whilst also considering how the heat generated whilst braking is transferred into the tyre, owing to their close proximity.

On top of this, the change in regulations for 2019 meant that teams focused some of their efforts into recovering aerodynamic losses they’d had previously. At the forefront of these were the loss of aerodynamic surfaces on the front wing, which helped to control the turbulence that’s created by the front tyre and can be damaging to the performance of the rest of the car.

Furthermore, Ferrari and as a by-product Haas, used a blown axle solution to further enhance this ‘outwash’, also banned for 2019 they’d looked at doing this a different way, with a large cutout in the drum used to send airflow in the void between it and the wheel rim. 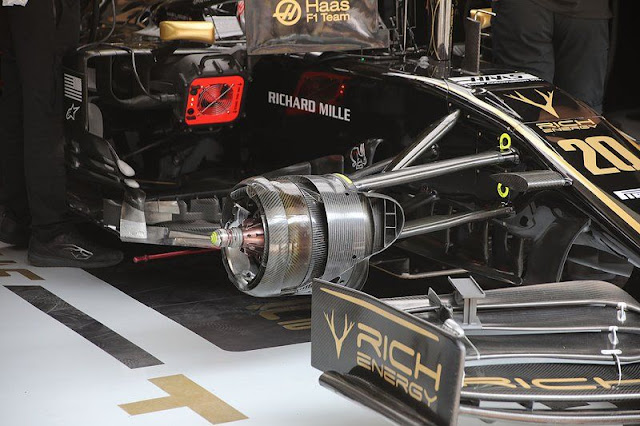 Now, think of the effect this could have on heat convection from the brakes to the tyre via the wheel rim…
Tagged
Newer Post Older Post