A term often used to describe the angle at which a wing has been set.  The mainplane is normally set at a pre-determined angle leaving the upper wings to be angled in a way that will increase / decrease the overall efficiency / downforce generated.  Angle of Attack is critical as, if the angle is set too deep the airflow starts to separate eventually leading to the wing stalling. 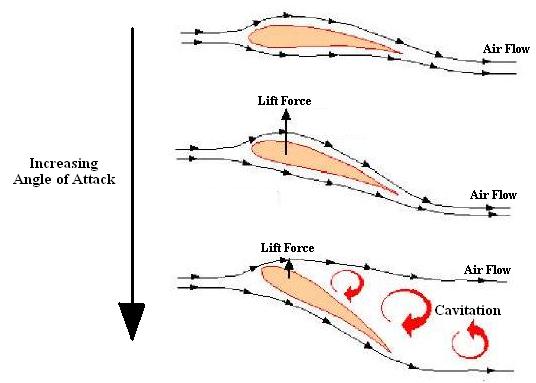 The image above is obviously relevant to aircraft rather than F1 but the principle is just in reverse, the Flap in the top image is in the neutral position but due to it's shape would still create lift at low speed.  The Middle image shows the Wing with a steeper Angle of Attack (AoA) resulting in more lift at the given speed.  In the last image we can see that the AoA has gone past the critical point and so it can't sustain an increase in lifting force at the given speed.