It is an area of the car that is often referred to both by the technically astute and the mainstream media alike due to it's appearance.  Mirroring that of a coke bottle, the region being referred to is an area of bodywork at the rear of the car that slims from the Engine, back around the gearbox all the way to the crash structure.
It's shape is one of simple aerodynamic efficiency, as we know that a teardrop shape is the most aerodynamically efficient shape.


I'm surprised that either Coca-Cola themselves or one of the teams have not sought the sponsorship for this area and really used it as a marketing tool.  (Apologies for the poorly constructed photoshop example below) 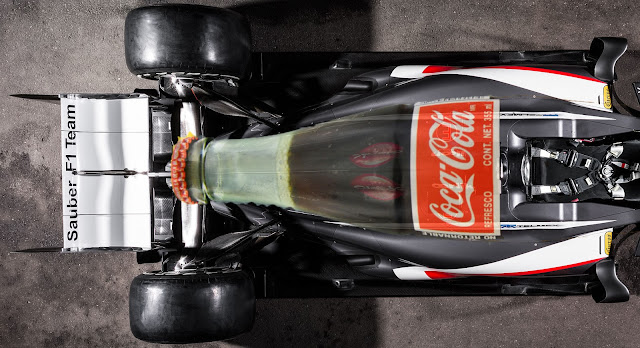