With most of the afternoon session from yesterday lost due to rain the teams may have adjusted their programmes slightly to evaluate their updates.  From the outset it would appear that the consensus is that McLaren have found the best exhaust solution with others now adopting the same ethos.  Even Sauber that has been praised for their early design efforts are assessing the merits of the McLaren style solution.

McLaren haven't got a raft of updates to test at Mugello but it seems they are keen to find out just how much the centre section of their front wing is flexing using sensors mounted on the nose, wing and wing pylons. 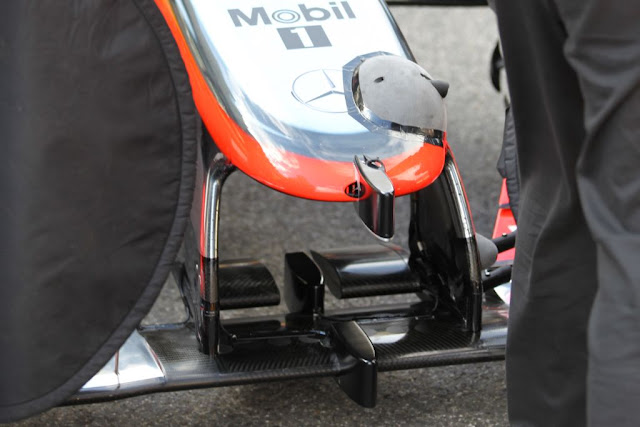 Force India are the latest team to subscribe to the McLaren style exhaust solution with an almost carbon copy of the McLaren version. 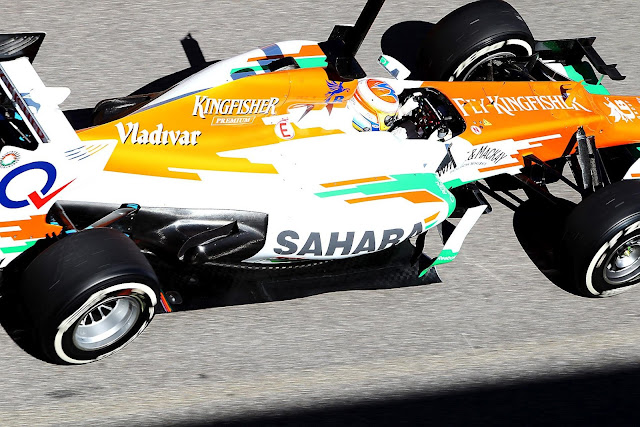 Mercedes have run a front wing today that features new Wing Pylons, these pylons resemble the ones used on the McLaren with the pylon extending outwards at the bottom compared to their old design which are much narrower.  You will also note I have circled in blue where Mercedes are using an asymetric design on the endplates. 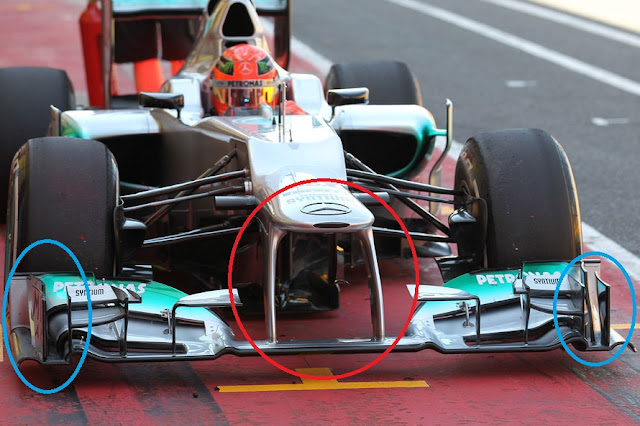 It would also appear that Mercedes are trying things out without Super DRS, this rear wing is missing the channels along the outer edge required to flow the air toward the slot 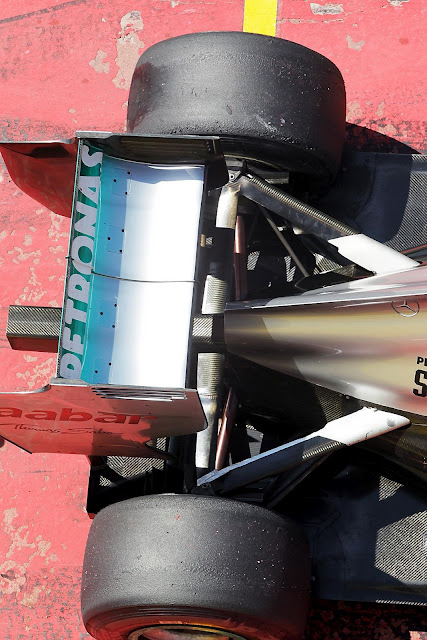 Since the teams inception it has been their desire to step up into the midfield battle this usually requires something innovative or simply a re hash of someone else's design.  Caterham's latest atempt at this jump comes courtesy of a mish mash of both the McLaren and Mercedes style exhaust outlets with the continuation of the sidepod bodywork towards the rear of the car in a Sauber / Red Bull style but with a deep cut out of the bodywork like McLaren's.  Their solution is like a dog-leg and should provide coanda effect on both the downwash and attract flow around the sidepod.  It also has a much larger intepretation of the Red Bull V2 tunnel sacrificing floor space coming out of the ramp for more flow into the tunnel.  It is rather a crude interpretation born out of trying not to take away too much bodywork (I'd imagine due to the constraints of designing a new exhaust system too), so I wait to see the results. 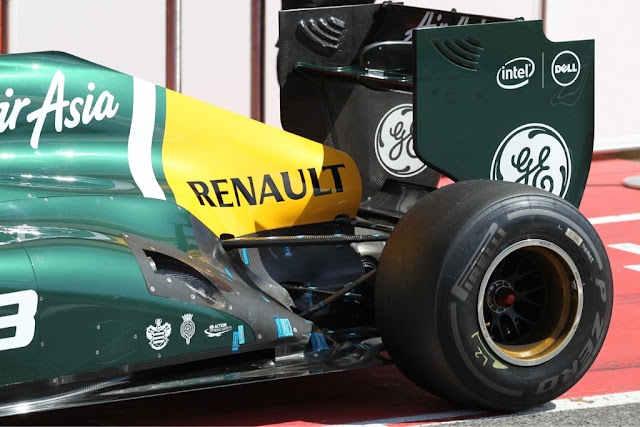 It would seem that most of the teams are saving the best til last and we will see a plethora of new bits added to the cars tomorrow.  I'm especially looking out for Ferrari who still apparently have a number of updates to evaluate.
Tagged
Newer Post Older Post