Why have Williams come back to the top?

In previous seasons we have been in a situation where there is a clear leader and the other teams use this as queue to go off and develop a version of that cars best trick.At Mugello we saw the first attempts at copying the McLaren exhaust solution from Sauber and Force India whilst Caterham had a bash at Newey's 'Tunnel'. Rumour had it that Ferrari would turn into the Ferrabaur in an attempt to assimilate the Saubers exhaust solution. This all goes to show how close the field is with not one car clearly dominating.

Williams have not only reestablished their Renault partnership that was so fruitful in years gone by but they have chosen a different path to some of the other leading cars.
The most striking difference about the FW34 is its lack of rear cooling slot and shrink wrapped engine cover. We all know from previous Red Bull designs that the Renault engine is highly efficient in terms of cooling requirements and it seems Williams have gone 1 step further than even Newey dare go. The extremely skinny gearbox that Williams use also goes a long way to help with the svelt rear end. These elements combined leave a large operating space for airflow at the rear of the Williams in order to flow air onto the rear floor. 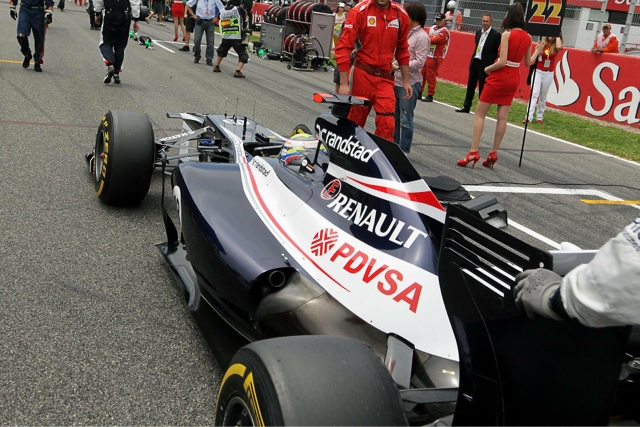 The FW34's side pods end quite abruptly with the exhausts exiting along with the airflow coming through the side pods in order to combine these flows energizing the latter. This allows for a much broader flow to exit toward the rear of the car much further forward than if it were to exit from an engine cover cooling slot.This flow enables the diffuser to work more effectively further forward on the car. 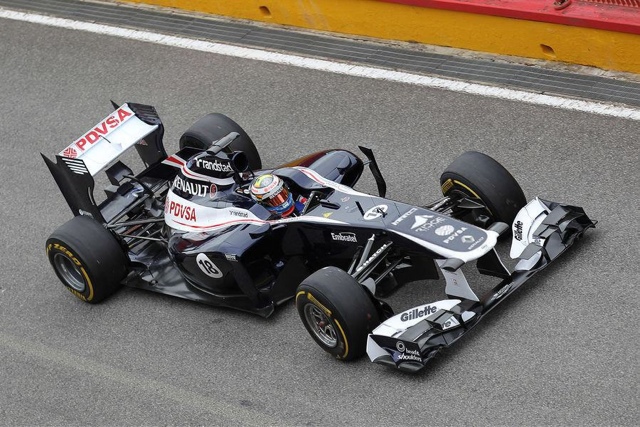 Williams' monkey seat is unique in that it sits on a stem protruding from above the gearbox and so can effectively operate within a larger window as it effected by the airflow over the seat. Williams' seat isn't constrained to providing downforce in a straight line but as it pivots through corners it will provide a different effect. As speed increases the stem it sits on can flex thus bleeding off some of the drag it creates as the seat goes backwards. This isn't possible with the conventional monkey seats being used by the others as it would require a flexible Beam Wing. 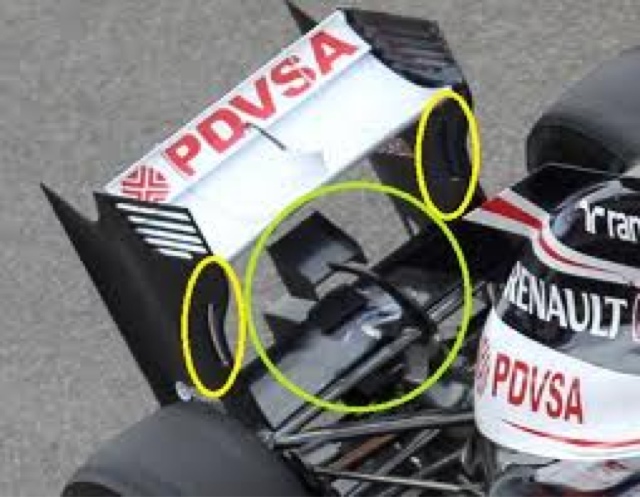 Williams also have employed some vertical slots in their endplates which act like the louvres above them reducing drag.

All in all just like many of the other teams Williams are using many different solutions in their design ethos but come very close to the same net result.
Tagged
Newer Post Older Post