The FIA have now moved to define the floor used by Red Bull since China as illegal, having previously stated that the hole in the rear of the floor was indeed deemed as a slot.  Please see my previous post on the subject http://somersf1.blogspot.co.uk/2012/05/red-bull-tyre-squirt-duct.html

Red Bull's previous results whilst using the floor will remain in place (Much to the concern of many F1 fans).  Had Ferrari or McLaren formally protested the floor post race (within the 2 hour limitation) both Mark Webber's and Sebastien Vettel's results could have been revoked.

So what does this mean for Red Bull?

In order to conform with the regulations Red Bull have 3 options, they can remove the design altogether and abandon the tyre squirt path (highly unlikely).  They could redesign the area entirely and follow a similar path to Sauber or Ferrari, making their slots run closer to outer floor edge.  Or lastly they could simply cut out a finite amount of the floor to make their current solution legal (The most likely scenario)

I've adjusted my picture/diagram below to show how Red Bull could achieve the latter.  They could either add a slot in a similar position to the Sauber version (shown in green) towards the edge of the floor.  Or they could detach the floor from the aero strake (shown in orange).  To make it a slot it doesn't even mean being able to see the gap in the floor, it could be as fine as a hair. 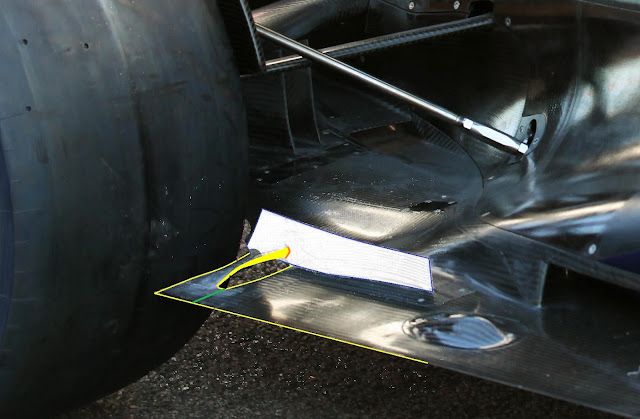 The reasons behind Red Bull's initial design are/were 2 fold, with the duct being so far across the floor the airflow will have a much bigger impact on the tyre squirt.  Secondly without the slot the area of floor remains much more rigid so isn't affected by additional force as speed increases which in turn affects the performance on tyre squirt reduction.

Whilst explaining Tyre Squirt to a fellow tweeter yesterday I drew the following caveman style pictures on my iphone however it may help you to visualize what tyre squirt is: 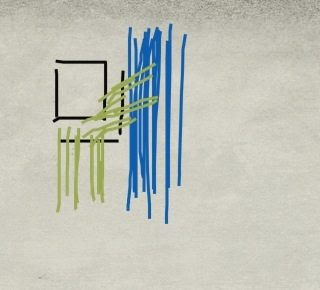 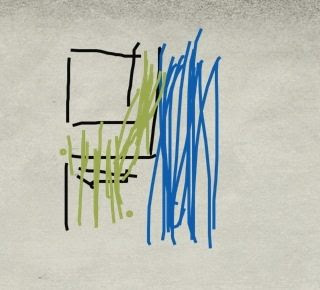 In the second picture above we can see how the 'Tyre Squirt Duct' will help guide the flow and reduce the tyre squirt effect.
Tagged
Newer Post Older Post