McLaren's updates planned for Silverstone were largely shelved due to poor weather conditions and so we didn't see the revisions until Hockenheim.  The exhaust and sidepod revisions have helped McLaren back up the rungs on the ladder in terms of performance and certainly aided Jenson in his return to form since McLaren adopted the high nose.

Spa see's the team further develop the concept but removing the Vortex Generator's on top of the sidepod and instead extend the Sidepod Airflow Conditioners in an L shape across the top of the sidepod.  (Sauber have been using quite a similar configuration for some time)  If we take a leaf from the aerospace book then this reminds me of a Leading Edge Slot which helps to reduce the stalling angle of a wing.  In the context of F1 due to the sloping angle of the sidepod toward the exhaust channel this solution obviously offers a more co-efficient solution than the previously used Vortex Generators.  Framing the Sidepod with this Horizontal / Vertical element will help to further control the airflow around the sidepod region.

Lets also remember that underneath this 'Wing' that McLaren usually have a hole that vents air from the sidepod entry below it. 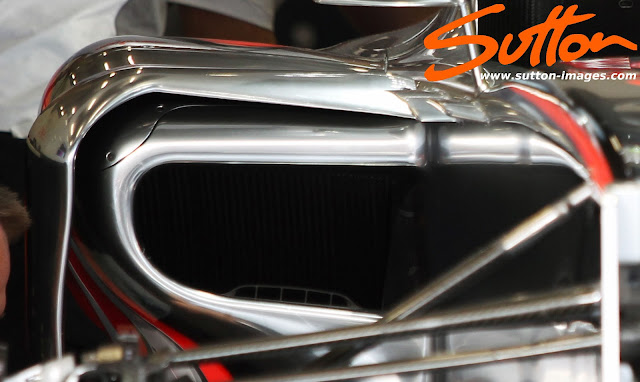 Above: Taking Cues from both Red Bull & Sauber; McLaren have joined their sidepod airflow conditioner to the cockpit.

Furthermore, influenced by Ferrari the team have added two fins under the mirror stalks in order to create vortices that will energise the trailing airflow 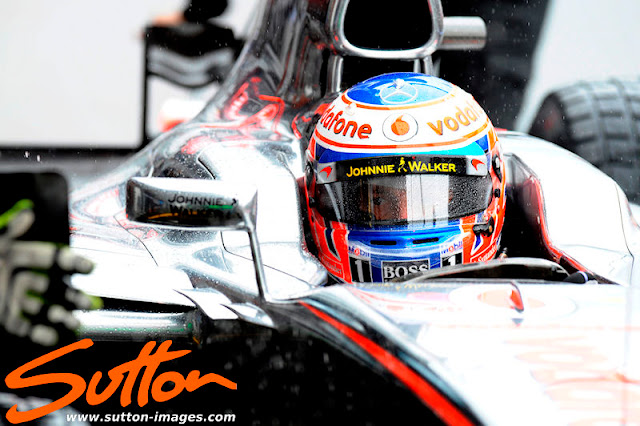 The use of these elements is not going to create a huge performance differential but once again sees teams refining concepts to extract maximum performance.

I think over the coming races we will see further revisions in this area maybe even with the top section receiving gills in order to enhance the airflow/vortices trailing from the element.
Tagged
Newer Post Older Post