Sahara Force India have become a ubiquitous mid field runner in F1 and have always started their campaign with a solid base car.

The VJM05 was built on a solid base with the teams initial car utilizing an exhaust position more suited to extracting power. Like most of the field in 2012 the team quickly converted on the McLaren style exhaust positioned lower down using the Coanda effect to manipulate airflow over and around the Sidepods.

As with all the launch cars we see the front wing is simply a placeholder and a more refined version will likely be found on the car in Melbourne if not during testing. 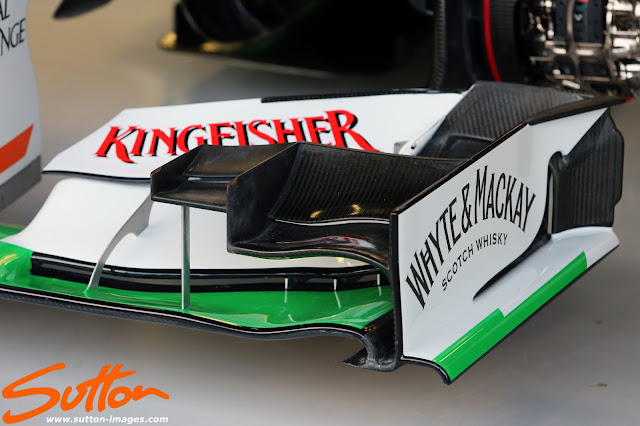 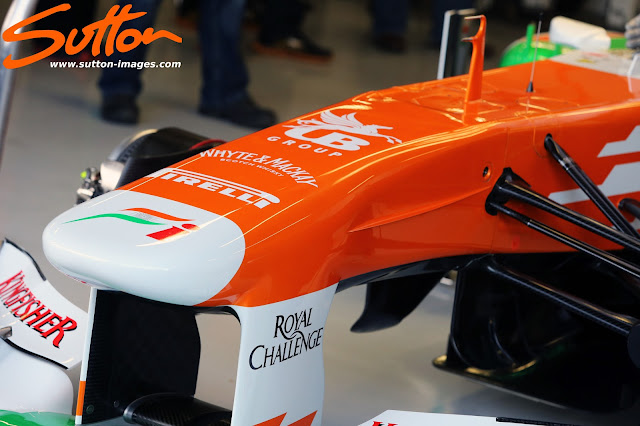 The nose itself features a vanity panel covering the aerodynamic deficencies the step creates, Andrew Green the teams Technical Director commented that this allowed them to push things further without fear of further inbalancing the airflow on top of the car.  The nose also returns to a feature used on the VJM03 & 04 sporting a pronounced underbelly.  This is used to influence the airflow approaching the sidepods, furthermore the team have a wider nose which slims toward the bulkhead with a small vein on either side further influencing the airflow.

On top of the Sidepod we see the Vortex Generators we saw adorn plenty of the 2012 machines whilst to the Side the team showed their twin element airflow conditioners.  The Sidepods undercut is accompanied by a section of raised floor at its edge to further turn the air. 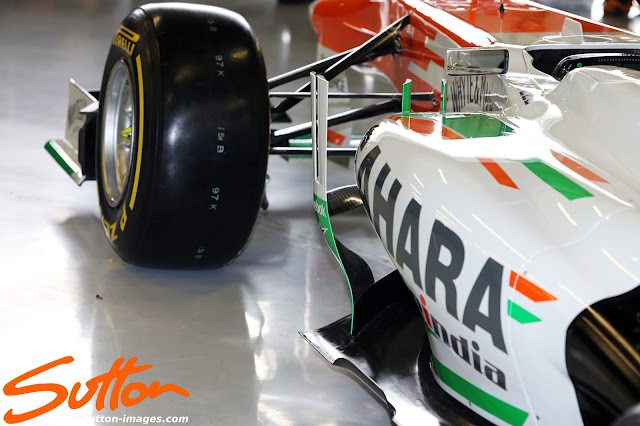 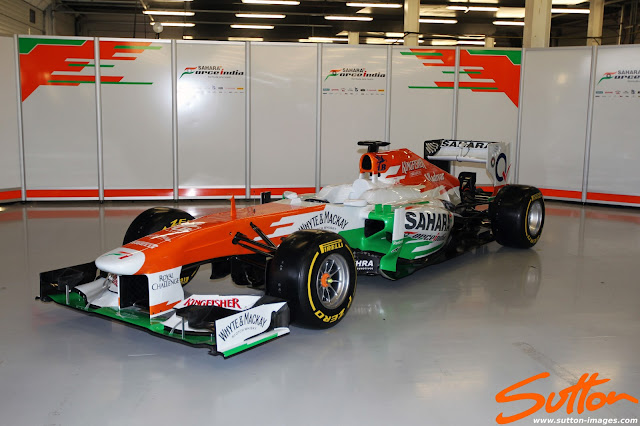 Andrew Green explained that the car features an entirely new tub and roll over over hoop allowing the team to find additional performance rather than simply transferring the same design from the VJM05. 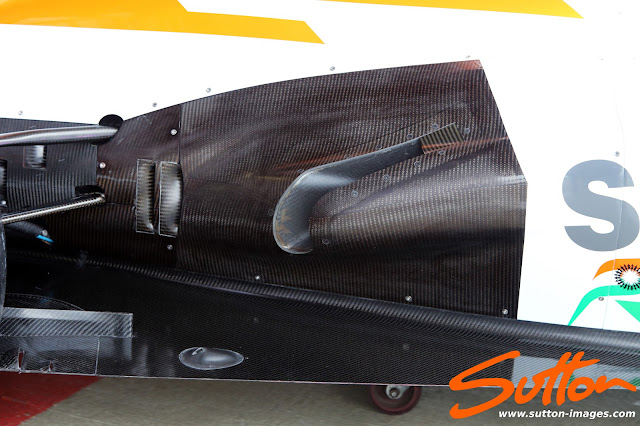 As we can see the launch car features the McLaren-esque 'Coanda' exhaust with a couple of airflow ejectors just aft of the exhaust channel.  Just ahead of the tyres we also find the team utilsing slots which aid in removing tyre squirt. 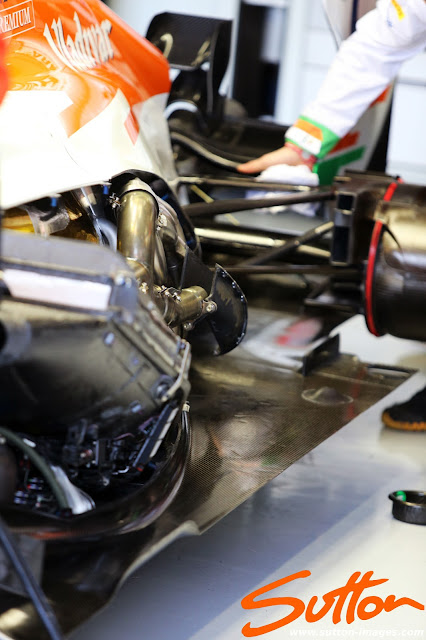 Force India like McLaren yesterday have taken the opportunity to raise the lower wishbone and incorporate the halfshaft, shrouding it from the influence the rotating shaft has on the aerodynamics.  I have talked about Adrian Newey's adoption of this since the ruleset came in, in 09 in various forms but it would appear that a large percentage of the field are now following suit.  The image above also affords is chance to see that Force India have now adopted a resonator chamber in order both smooth power delivery and aerodynamic influence. 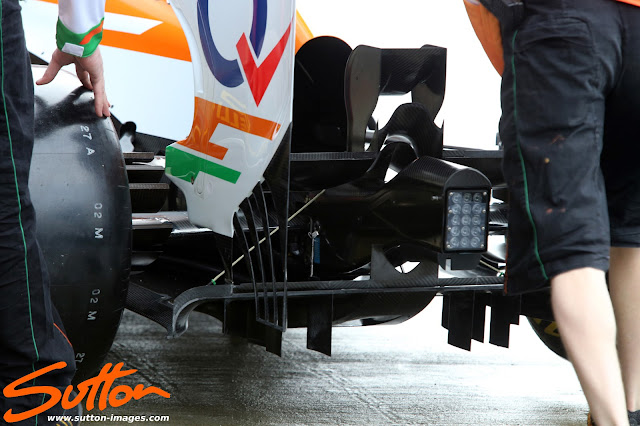 As we can see from the rear shot above the team have retained the forward hole in the Rear Wing Endplates that also adorned the Williams FW34 and Marussia MR-01.

The most interesting feature for me however was the Monkey Seat which although itself is fairly innocuous aft of it the team have used it's union with the Beam Wing to add additional appendages creating many more layers to airflow in that region.  The shaping of the section behind the Monkey Seat follows the same patterns as the appendage in front and so will help to pull the airflow through.  This is of course all sits on top of the Beam Wing which has also seen suitable styling arced over the crash structure.
Tagged
Newer Post Older Post