Sauber arrive in 2013 with an all new driver lineup, Nico Hulkenberg transfers across from their midfield rivals Force India whilst Esteban Gutierrez is promoted to the other seat.

The C31 was treated with respect from it's rivals as it's efficient design lead to some great results, Adrian Newey even dothing his cap to the initial exhaust design employed.

The car is clearly a new design but continuing with the success of their 2012 challenger, like the rest of the launches so far not all of the key design elements are visible on the C32 but we have a good indication of some of the key components. 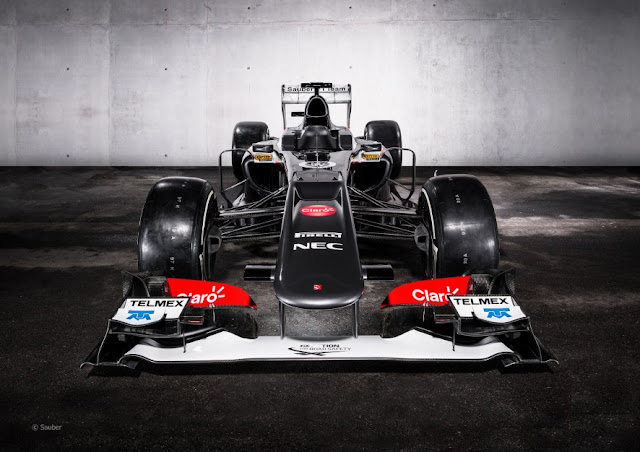 The Front Wing is clearly a placeholder carried over from the C31 as with the clear change in Sidepod ethos further down the car the chain of command will need to be altered, so expect a revised version at testing.  In the images below it would appear that the have lowered the nose tip slightly compared to the C31 and have also incorporated an under nose chin bulge in order to deflect airflow to the Sidepods 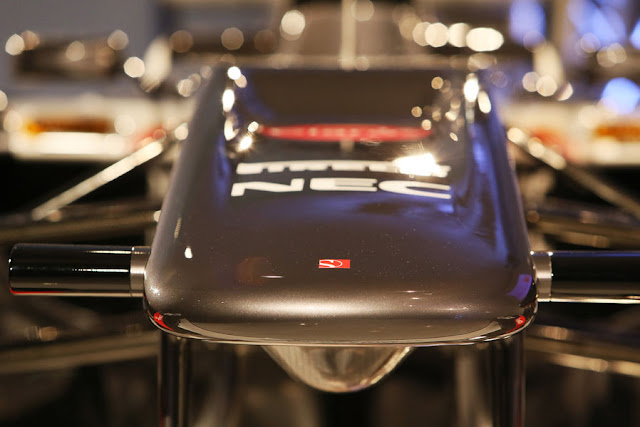 Above: Image from AMuS 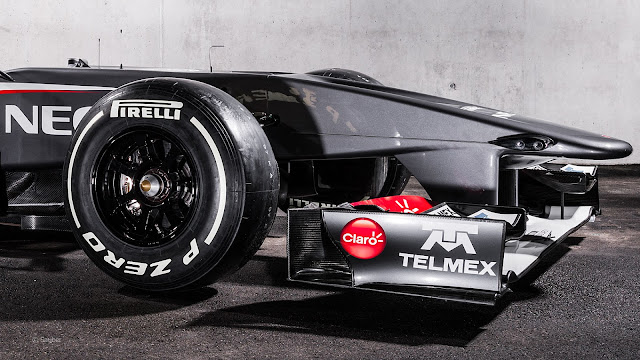 The nose is almost a carry over from the C31 with the step still visible, however the team have used the vanity panel in order to channel the airflow with shoulders on either side of the nosecone this is likely due to the team carrying over from the C31 is Saubers use of aduct below and above the Bulkhead via a S duct which channels air from under the car to above aiding in the reattachment issues faced by running the step nose. The ridges created by the vanity panel simply smooth out the airflow to the sides that S duct cannot completely eradicate.  A very novel but great approach in my opinion.
Under the nose the team show a set of shell style turning vanes as also used by Red Bull and Ferrari, the team has also continued it's use of push rod front suspension. 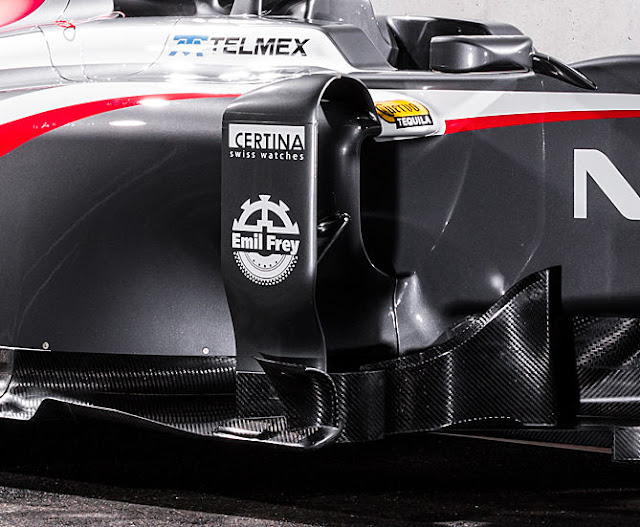 Moving further back down the car we can see just how tight the team have managed to produce their Sidepods which raises questions about the layout of the radiators with them previously following their engine suppliers path (Ferrari). The unencumbered airflow between the narrow Sidepods and Airflow Conditioners will aid in the movement of air to the rear of the car. At the base of the Airflow Conditioner we find an R shaped cascade hanging over the floor which will combine with the fluted side to the floor to energise the airflow. The Airflow conditioners theirselves are attached both centrally and at their top to the edge of the Sidepod which will also condition the flow rearward. 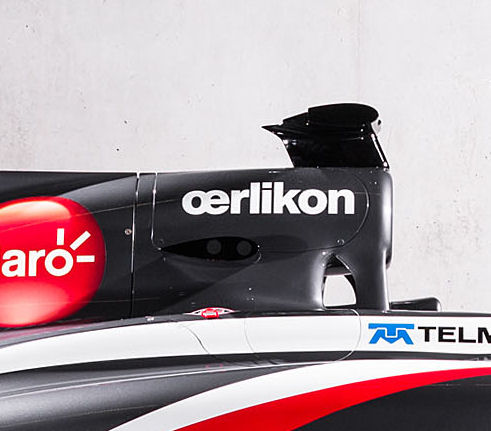 We can see from the roll hoop that the team have designed a new chassis sporting only 2 visible struts rather than the C31's 4. Sauber tested their own variant of DRD at the young drivers test in Abu Dhabi last season and so with a design conducive to it's use around the roll hoop I suspect they will continue to assess it during testing. The launch car was unveiled with a Semi-Coanda exhaust much like the team raced throughout the central portion of 2012 with their team returning to the ramp exhaust late on in the season having run it early on. Just like the other launches thus far i'd expect to see some revisions in this area during testing / early part of the season to further enhance downforce. 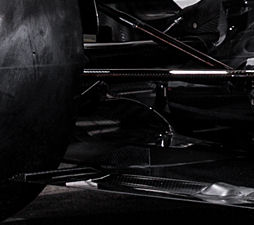 As per their suppliers (Ferrari) the team have raised the lower wishbone and shrouded the halfshafts with it. This helps by minimizing the magnus effect created by the rotating halfshaft making it easier for the exhaust plume to work the top of the floor.
At the cooling exit we can see the team have added holes which allow the airflow to re-ingest from the outside to further control the escaping air.  The new picture below shows this to be incorrect with the light reflection altering the image
We can also see that the team continues it's development of slots in the floor ahead of the rear wheels with a full length duct ala Red Bull controversial one last season 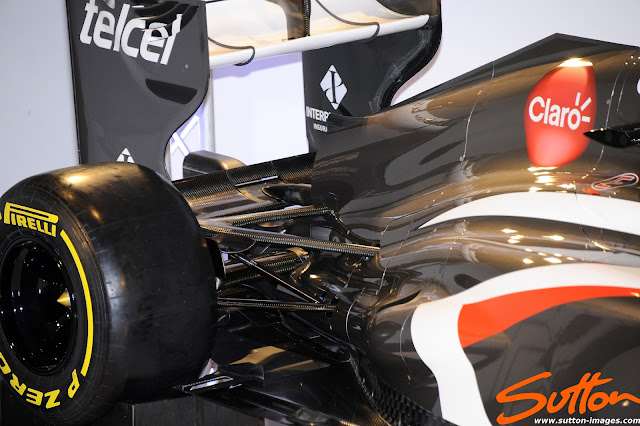