The STR8 is probably one of my most anticipated launches as the car will be distinctly different to it's predecessor that utilised a double floor configuration.  This was achieved by raising the whole of the Sidepod from the floor in order to allow an un-encumbered flow to the rear of the car, the problem however is this compromised the car's packaging and raised the CoG. 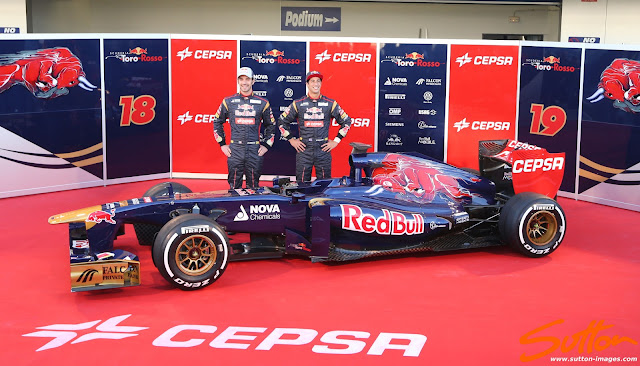 The STR8 has been designed with a vanity panel and really takes on board the image of what you would believe the FIA were originally intending for the nose rules.  The nose tip is set relatively low suggesting the vanity panel only covers the upper section of the nose much like their sister car the RB9. 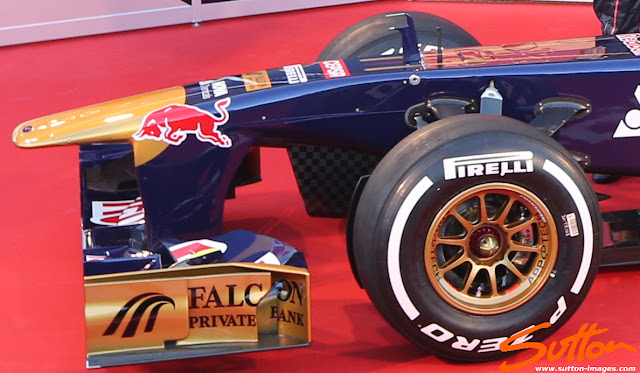 The Sidepods although clearly not the same as the STR 6/7 are aggressively packaged with a large undercut running from the front to the back of the car.  On top of the Sidepods we see the team have retained their clear Vortex Generators which guide and vorticise the airflow down over the Sidepod toward the exhaust.  The team have presented the car with the Semi-Coanda exhaust used throughout the latter part of last season with the Sidepods exiting airflow moved rearward into the Coke Bottle region.  The Floor Scroll runs alongside the central section of the floor where the Sidepod is at it's widest point. Based on the RB9 launch yesterday I doubt it will be long before we see a perforated version here in order to enhance it's characteristics. 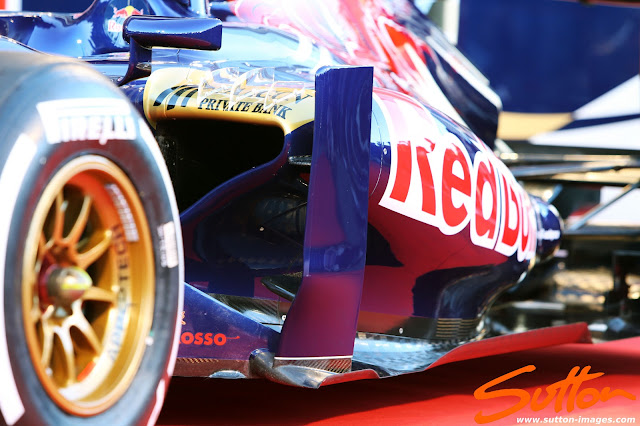 Unlike their sister team and most of the field have this season the team have not converged on the shrouded halfshaft but increased the height of the Wishbone with the Halfshaft lined up directly behind it.  This leaves a much cleaner space for the air to flow under into but lacks the removal of the Magnus Effect which impinges on the Diffusers performance as the floor is presented with an inconsistent exhaust plume. A singular Strake mounted 3 or 4 inches from the floors edge (inside the wheel) helps to navigate flow above the floor.  This will work in combination with the Brake Duct vane which hangs over the floor to vorticise the airflow.
Like Mercedes we can see that Toro Rosso have also scalloped out the coke bottle region allowing a more defined pathway to the central area and starter motor hole. 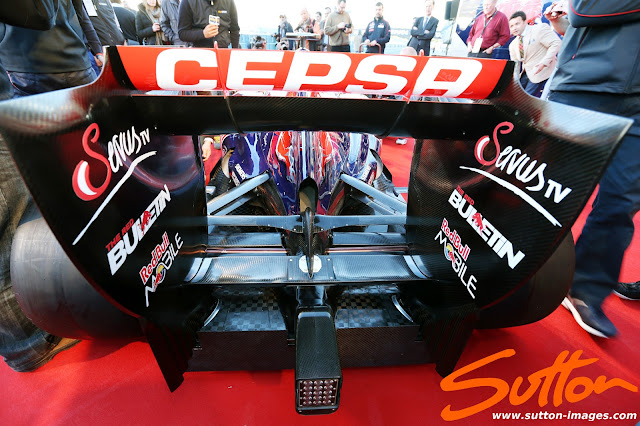 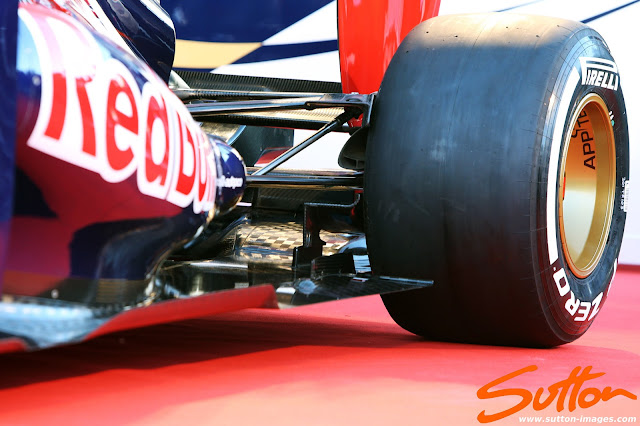