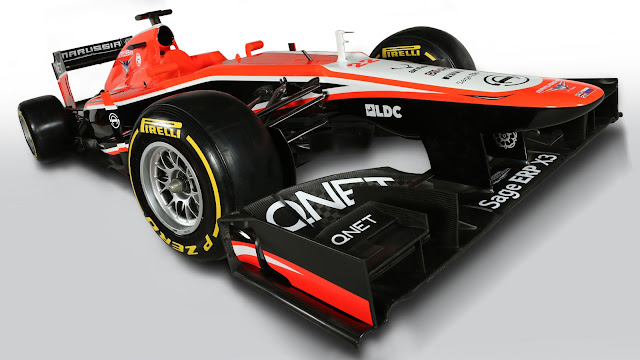 The MR-02 is a clear descendant of it's predecessor but don't let that fool you into thinking it's undeveloped.  The initial design of the MR-01 was completed aerodynamically in CFD but as the season progressed and the teams use of McLaren's wind tunnel started to bear fruit the MR-01 evolved.  This evolution forms the DNA of the MR-02 but more importantly the team have continued to push forward, developing the car whilst shedding weight to introduce KERS.  2013 will be the first time the team have used KERS and so should help to firmly lift them closer to their rivals.

Marussia will utilise a Williams KERS package whilst continuing their engine partnership with Cosworth and Gearbox supply through Xtrac.  The latter continuing to develop their 2012 specification offering with increased stiffness around the suspension.

Front and rear suspension is a direct carry over from the MR-01 as the team feel they needed to concentrate on bringing additional performance via KERS and concentrating on aerodynamics. 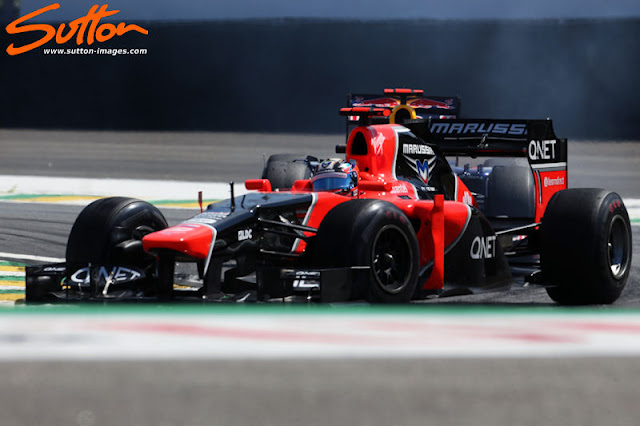 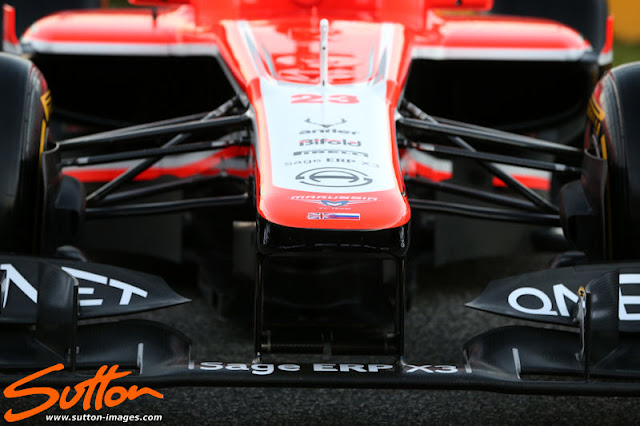 The Nose too is similar to the item used toward the latter part of 2012 although less boxy it continues to use a curved underbelly helping to distribute the airflow rearward to the Sidepods.  The L Shaped Turning Vanes continue to feature on the underside of the MR-02 too.

Marussia have continued to utilise a lower chassis rather than opting to take advantage of the higher chassis / nose / vanity panel combination.  This could prove a shrewd move for 2014 as they'll have 2 years of data for the nose/chassis in that position when the 2014 rules will reduce the height of the nose in use throughout the grid. 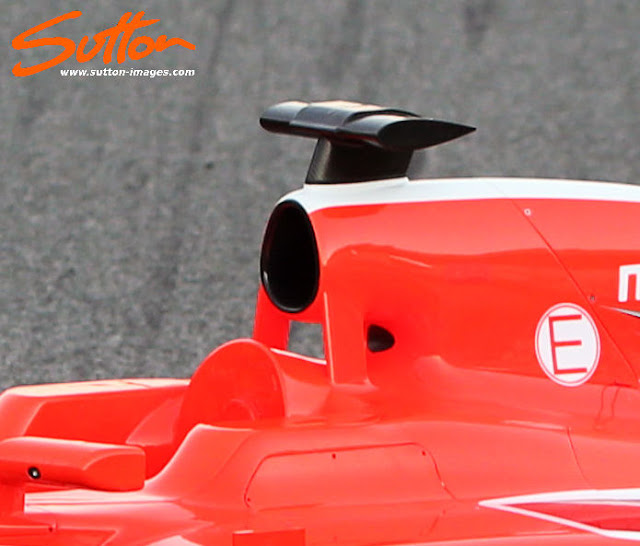 The roll hoop has been redesigned for 2013 with the U shape making way for a circular effort. 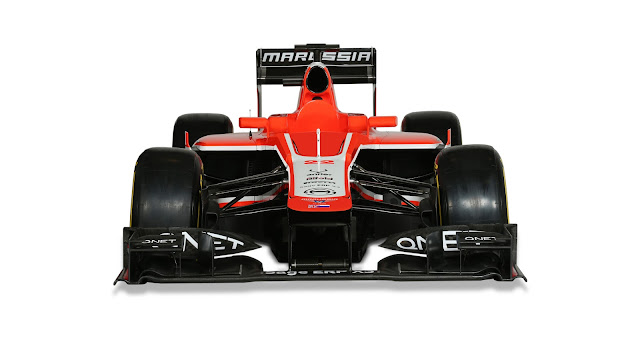 The Sidepods represent one of the largest changes for 2013 with a much higher and wider inlet allowing the team to create a deeper undercut into the Sidepod whilst being able to utilise some of the area for radiator cooling and some for KERS cooling.  They aren't quite the same but in my opinion hold a resemblance to the Butterfly pods we saw McLaren use last year on the MP4-27.  (Any co-incidence when they have a technical partnership with the Woking outfit?) 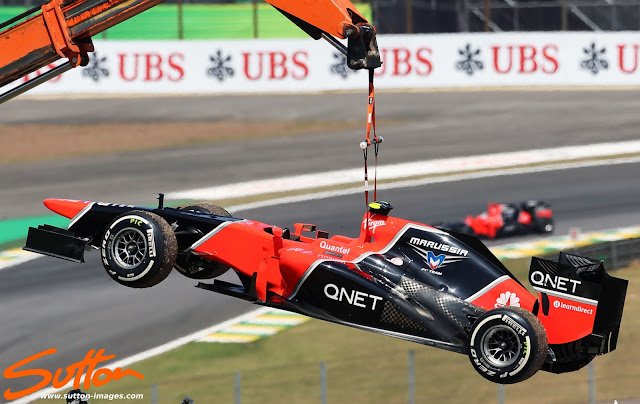 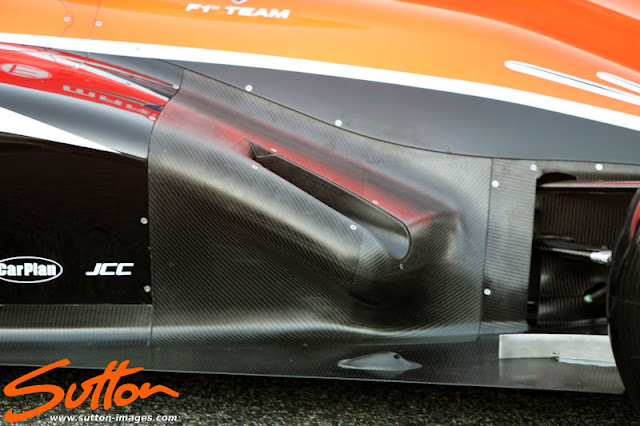 Marussia's new layout is a Semi-Coanda setup much in the same vein as McLaren's last season which for all intents and purposes should provide a much easier to target airflow regime.  The tail end of the bodywork tapers in much more on the Marussia than the McLaren counterpart meaning the exhaust overhangs the floor less.

The team have also opted to furnish the MR-02 with more cooling potential with an exit placed just in front of the rear suspension and should aid in attracting airflow into the coke bottle region. 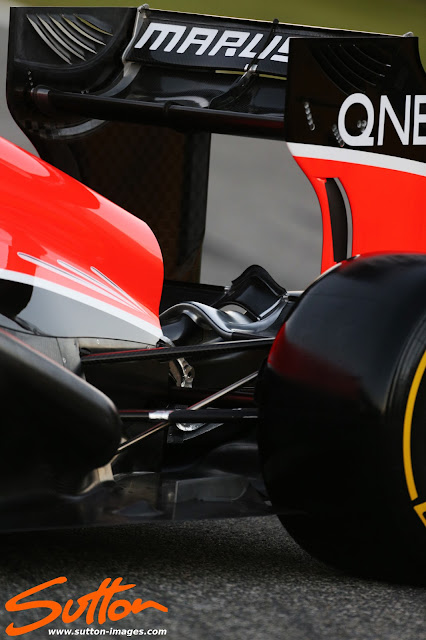 At the rear of the car the Beam Wing's design has been altered with an arc'd cetralised section now hanging above the Crash Structure permitting flow above and below the wing.  Furthermore the team have adopted a Lotus-esque integrated mini Monkey Seat (Shall we call it a Pygmy Seat) this is also raised from the main beam wing profile increasing it's efficiency.

The team have also retained their rear wing endplate holes at the front edge increasing the efficiency of the area and utilising airflow emanating from the rear tyres. 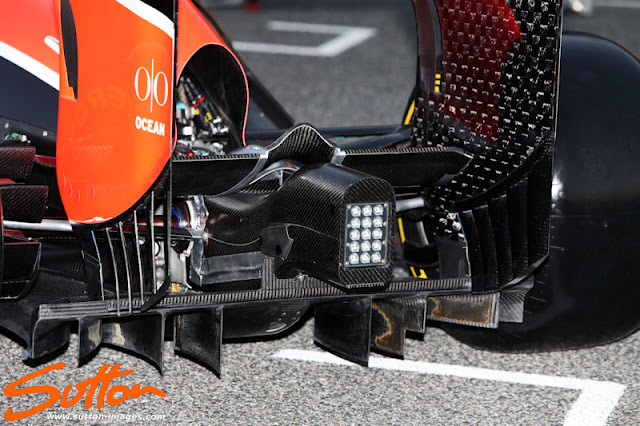 Marussia like Red Bull have rear wing endplates with conjoined strakes albeit the Marussia strakes are longer.  The diffuser is treated to a Gurney that features a perforation across the central section with the most outer parts defined as one section.