The common perception when we talk about Wings and lift or negative lift (downforce) is a simple Wing profile: 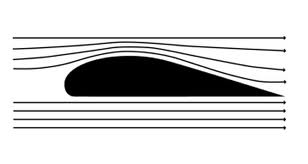 Formula One teams have however over the last few years moved their Front Wing designs to feature 3 dimensional Deltoid shape Wings, these Wings are designed very differently and produce downforce and moreover Vortices in a different way.

These Deltoid shaped Wings rely to some extent on the generation of Vortices whereas a conventional Wing operates better without Vortices until it is pushed beyond it's intended Angle of Attack, only then will Vortices help to reduce the Boundary Layer build up by energising the airflow. (Boundary Layer is the layer of slow moving air above the surface that increases with distance or increased angle of attack. This is why we see teams apply Vortex Generators at the leading edge of the Sidepods, enabling them to work across a broader speed spectrum).

Deltoid shaped Wings are not an invention of F1 but another idea borrowed from the aerospace industry, you can see their application in famous airplanes such as Concorde, Lockhead Blackbird, Space Shuttle Orbiter amongst many, many others. 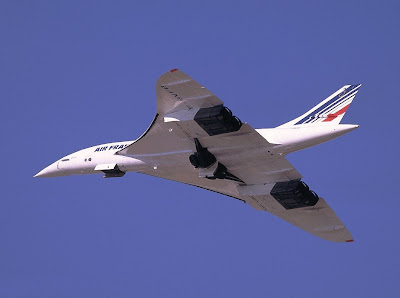 Another great example would be if I handed you a piece of paper and asked you to fold a paper airplane, rather than attempting to cut up the piece of paper and construct a wing with a leading edge and chord you would simply fold it into a deltoid. 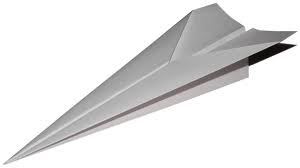 The thin leading edge with a swept back design allows a deltoid Wing to operate under a much wider operating window than it's conventional wing counterpart (Low to High Speed). The swept design is critical in the generation of lift or negative lift as the separated airflow rolls up into a conical vortice at the outer edge that creates high energy and low pressure. As the speed increases so does the vortice generated, enabling much higher angles of attack to be achieved without the Wing stalling. (Something it's conventional Wing counterpart cannot achieve without assistance from leading edge Vortex Generators) 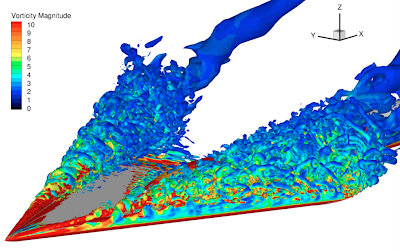 As the teams have explored the use of these deltoid shaped Wings the designs have become more complex with both Red Bull and Ferrari now sporting 7 tier arrangements. This is all to do with efficiency and is a trade off between maximum Angle of Attack and stability. The primary reason we see the flaps perforated at the outer edge is to increase their Vortex yield. In order to achieve the large level of AoA these Wings run without stalling, the perforation or slot is added in order to inject airflow from the high pressure side to the low pressure side. The same principle is applied with the Endplate with holes allowing airflow to move between the two sides and into the curved outer element of the mainplane / flaps.  This curvature creates the space for which the Vortex rolls up and helps to create the downforce, this is also the principle reason we see drivers able to continue with broken Front Wings as a deltoid Front Wing doesn't require the Endplate to increase it's aspect ratio.  The Front Wing could be seen as two parts with the inbound end creating downforce and more straightforward Vortices from the flap tips, whilst the outboard sections function is primarily to create vortices that aid in controlling the airflow that migrates around the Front Wheels. 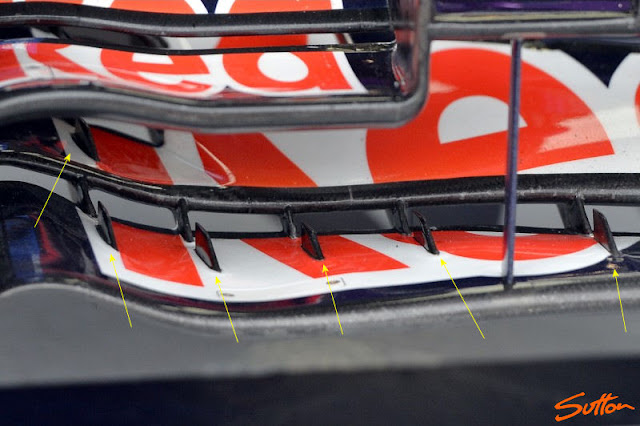 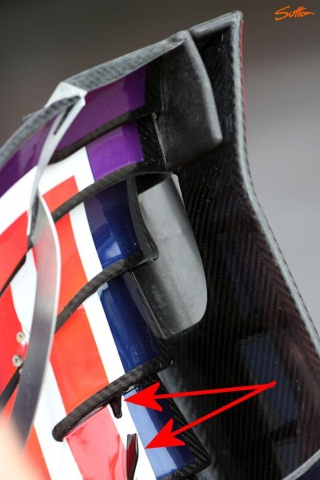 Red Bull introduced an interesting development to the RB9's Front Wing in Montreal applying Vertical Strakes on both the Mainplane and Secondary Flap. These are of particular interest as I have not seen the devices used on the Front Wing in F1 before (Although I'm sure someone will now correct me).

These guide Strakes have been added to the RB9's Front Wing in order to assist in the delta wings ability to generate Vortices over a wider range than if they weren't in use. Assisting the Strakes that feature under the Wing they help not only to guide the airflow for better extraction, circulation and vortex creation but aid when the car is in Yaw, allowing the airflow a staged finality to the Wing, effectively expanding and contracting the aspect ratio of the deltoid as the car moves around the corner.

This year teams have found their Wing designs need to be adjusted to further counteract the deformation of the Pirelli tyres. The organic compression and relaxation of the tyres Sidewalls cause the designers to rethink the way they approach the Vortices generated by the Front Wing. With their generation, direction and strength enabling differing airflow regimes further downstream (Toward the Splitter, Floors leading edge, Sidepods etc) its imperative the flow be adapted to challenge the wheels aerodynamic wake in order to re-use this airflow to extract extra performance.

Red Bull also re-evaluated the use of a Blown Wheel Nut system earlier in the season in another attempt to control the airflow around the wheel and manipulate the wake. It's an approach Williams have taken with the FW35 and although relatively unsuccessful it goes to show the importance of controlling the wheels wake.

Front Wing design will be an area of increased development by the teams throughout this season. Looking forward to 2014 the principle of turning air outbound of the Front Wheels will still likely feature, however due to the narrowing of the Front Wing by 150mm (75mm either side) a whole new learning curve will ensue.

I'd also like to thank @F1_Aero for his assistance in constructing elements of this article and as he pointed out to me:

Aerodynamics is a minefield! Fw's are insanely complex in the mechanisms involved in how they work.