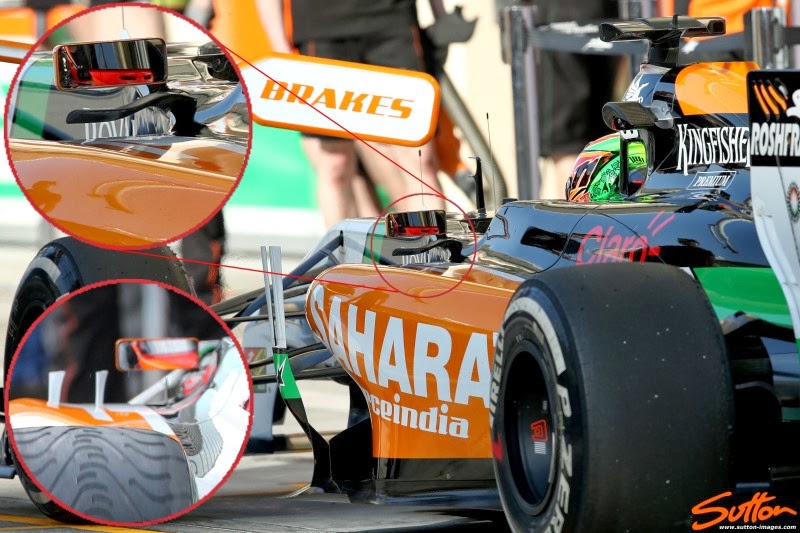 Having used vertical vortex generators on top of the Sidepod throughout 2012/13 with their 'Coanda' exhaust, the team's change in Sidepod shaping has obviously prompted a change in ethos.

In Bahrain the team have tested a horizontal vane which protrudes from the side of the cockpit (very much like the one used by Red Bull on the RB9/10). It's purpose like the Vortex Generators used before it, is to smooth the transition of airflow travelling across the Sidepods upper surface. The large aerodynamic surface area, like a wing, suffers from separation (causing lift and drag) at certain speeds. Generating a vortex at the leading edge of the Sidepod generates the desired effect over a wider operating window making it a more efficient surface.
Tagged
Newer Post Older Post