Lotus made what seemed initially like a mistake in not attending the 1st pre-season test in Jerez, with the other Renault powered teams completing very little running due to both installation and direct powerunit issues though it seems now to have been wise. Arriving and unveiling the E22 in Jerez it appears that Lotus may have been the most cautious of the Renault powered teams in terms of handling the thermal issues associated with the turbo. 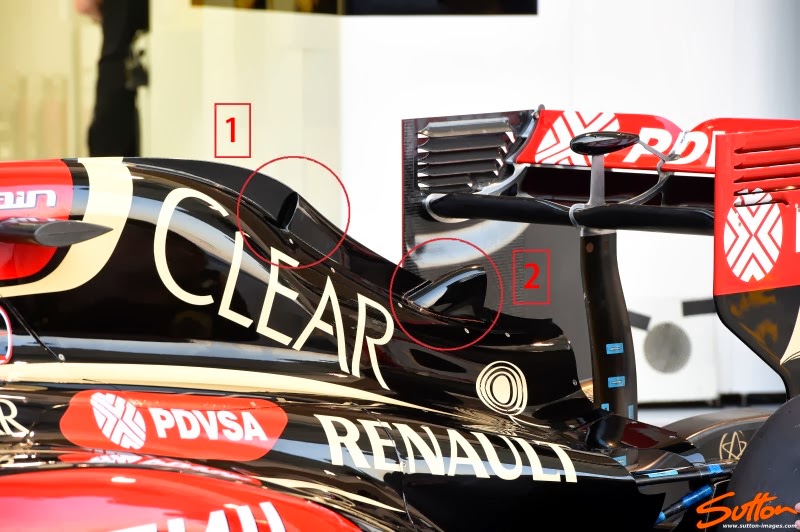 Placed on the spine of the Engine Cover we find two inlets [1] divided by the centralised fin, whilst downstream we find a singular outlet that takes the place of the fin [2]. The idea here is to lower the temperatures induced by the placement of the turbo aft of the engine block, other teams have similar solutions but obviously these differ based on their given powerunit supplier. The placement of the outlet isn't necessarily desirable but given the asymmetric support pylon and exhaust aft of it, the losses have clearly been calculated and work as part of the larger system. It will be interesting to see if any of the other Renault powered teams adopt a similar configuration going forward.
Tagged
Newer Post Older Post