Caterham like the other Renault powered F1 teams suffered with reliability issues throughout pre-season testing. The team encountered further issues throughout the weekend in Melbourne and Kamui Kobayashi even changed his Energy Store, meaning he only has 4 remaining before he would take a penalty to change one.

Even so the team still had aerodynamic changes for the CT05, albeit with the new front wing only run on Kobayshi's car for qualifying/race. As we can see the changes come in the form of a new outer cascade element (reminiscent of the 3 tier one used on the Williams last season), Ericsson's car (upper right). 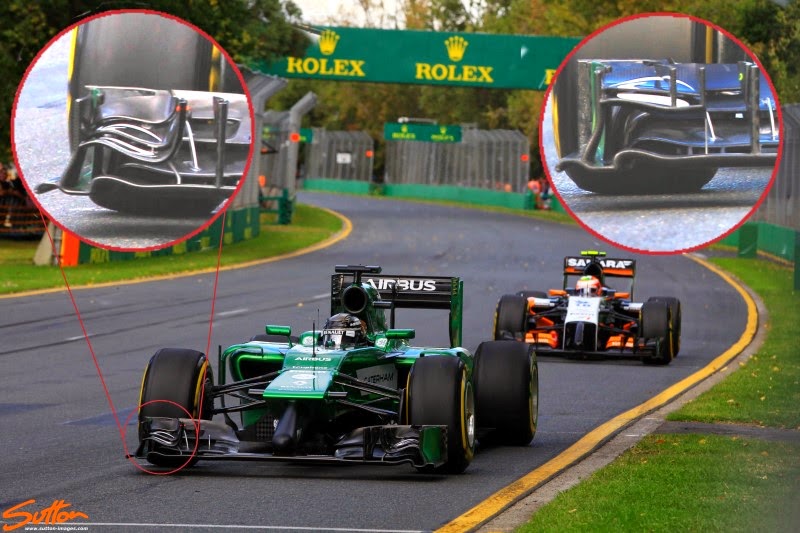