Lotus, like the rest of the Renault teams arrived in Melbourne on the back foot, with powerunit issues the predominant reason behind their pre-season issues. Lotus having missed the first test in Jerez however have even less testing mileage under their belts and so would really be using Australia as a stepping stone in terms of launching their campaign. 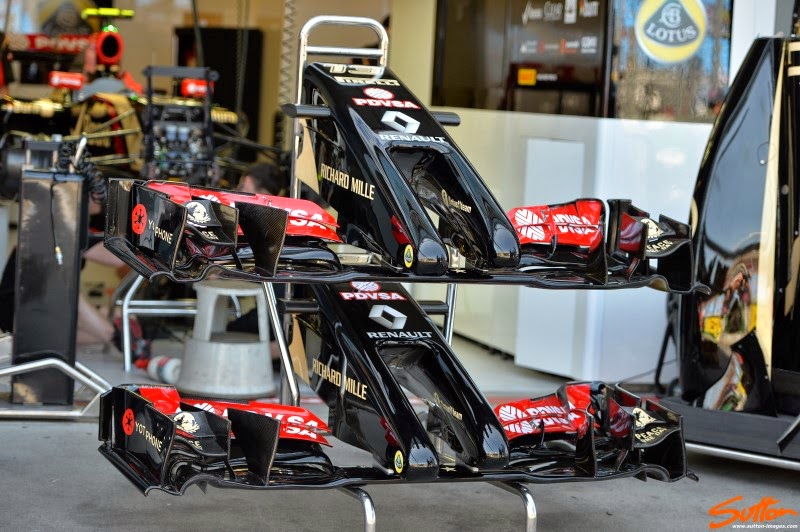 The team arrived in Melbourne with a new Front Wing, amending some of the details that are key in addressing the new regulations. With the Front Wing 150mm narrower for 2014, turning the airflow around and over the front tyre has become much more critical. This is because the wheel wake can then compromise the aerodynamic performance of the Sidepod and Floor aft of it as it tries to rejoin with those airflow structures. In order to address some deficiencies the team must have found in their original design in testing, the time arrived with a new design. It features an elongated outer arc to the mainplane [1], with a strake mounted centrally underneath the wing, which leads to a change in the profile of the footplates arc [2] both of which are used to create elongated vortices that feed around the outside of the tyre. Meanwhile the top flap has an additional support spar added [3], a reduction in the length and thickness of the adjuster [4] and the outer section of the top flap now features a section that stands off the flap giving a steeper angle of attack [5]. 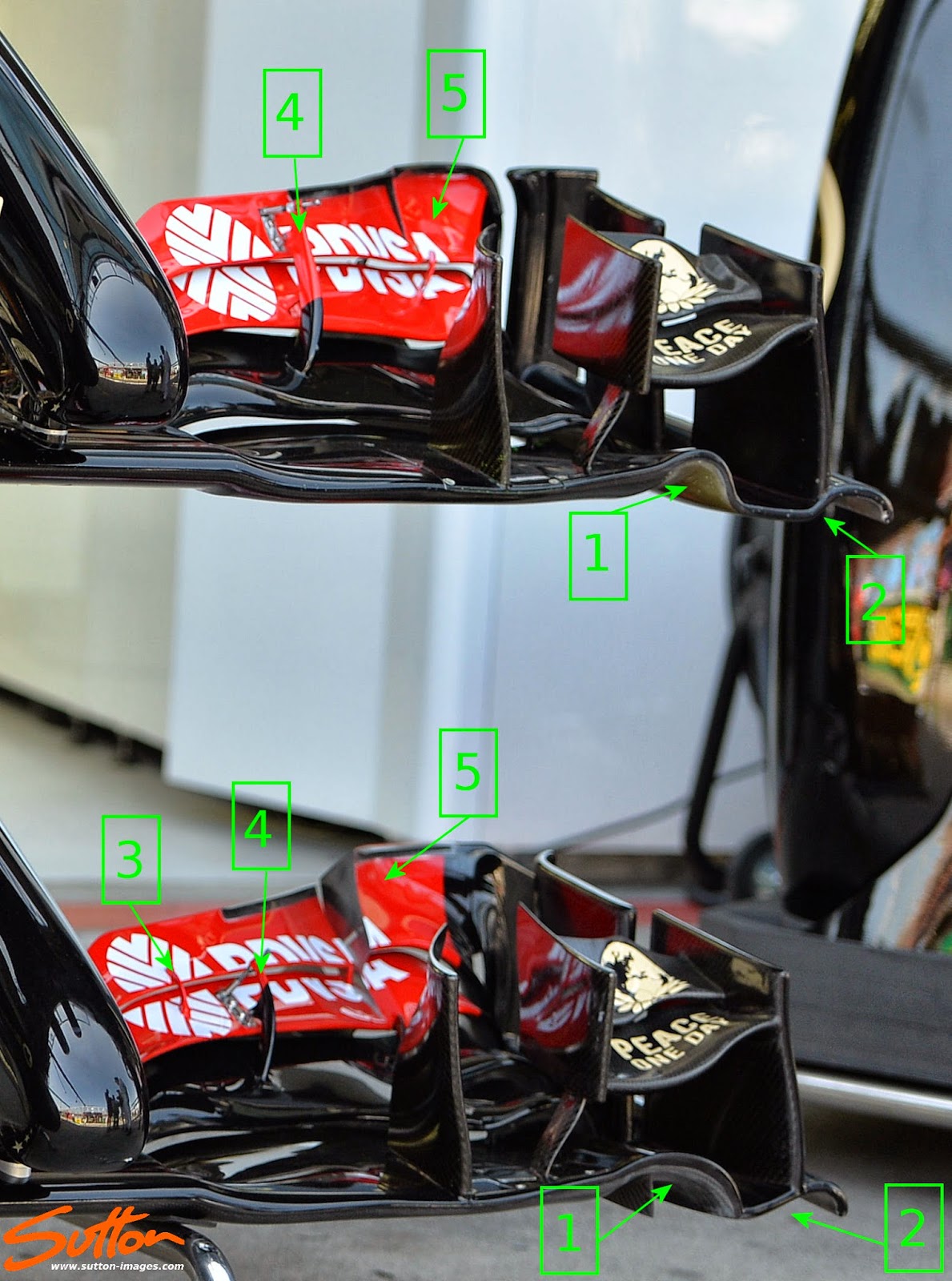