The loss of the beam wing for 2014 has led to many different solutions from the teams this season, Toro Rosso approached it by strengthening the endplate supports and the way they're affixed to the floor. Many of the other teams (including their sister team) have opted for supports that run centrally to the underside of the mainplane. These supports will of course add structural integrity but compromise the aerodynamics especially where the support meets with the underside of the mainplane and so it's a catch 22 situation.

During the Free Practice sessions in Melbourne the team looked at the singular inverted Y-Lon option used by McLaren and Marussia when they launched their cars and now finds it's way onto the RB10 (albeit in a slightly different guise). It wasn't retained for qualifying and the race but goes to prove that the team are eagerly assessing other avenues. The circular section that surrounds the exhaust is of particular interest to the teams assessing it's merits as it can help accelerate the airflow forward of it, be it being dispatched from the cooling outlet or over the engine cover. I suspect the team will re-assess it's use over the coming GP's. 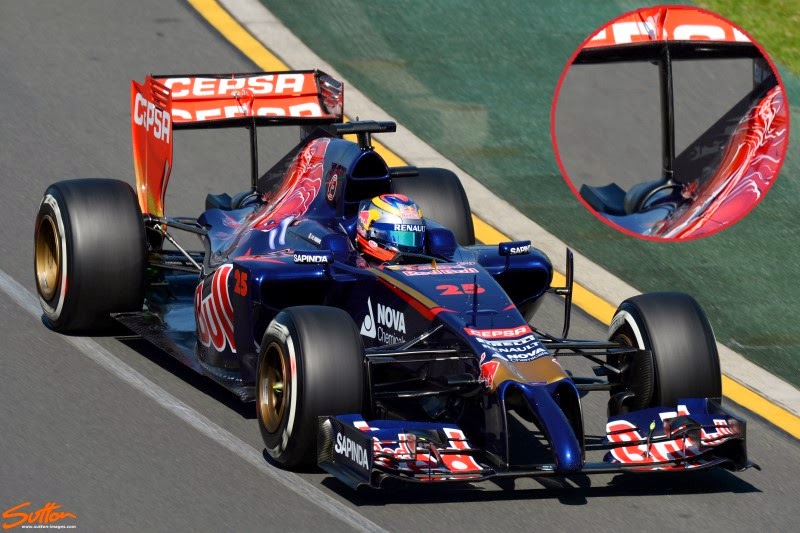