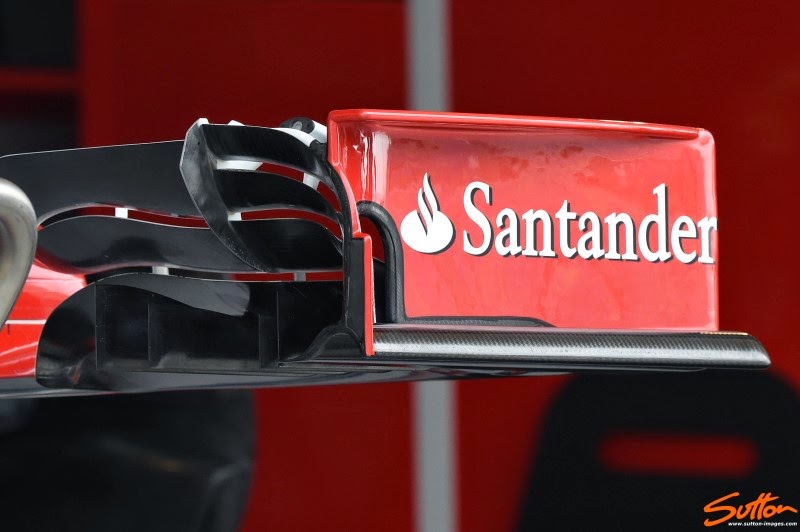 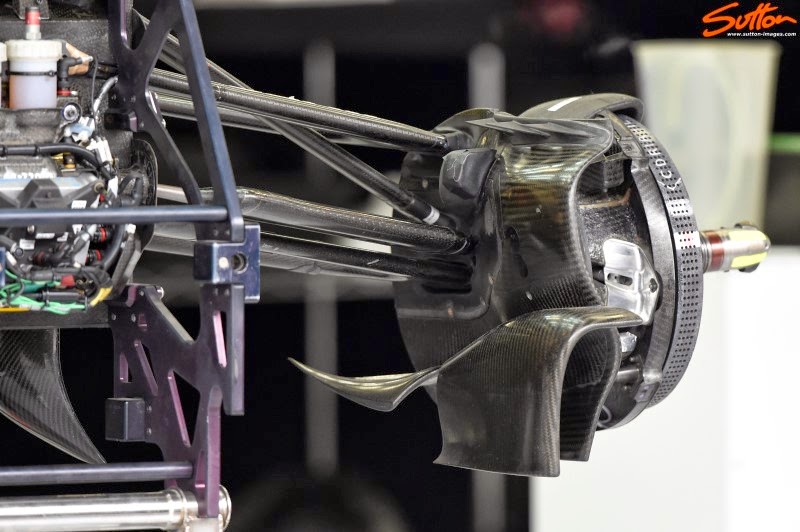 Lotus E22 - Brake Duct detail, note the 3 fins on the upper edge of the duct whilst they have two lower r shaped vanes. All of these appendages serve to capture the airflow dispatched by the front wing elements and repurpose it. Guiding the airflow in the right direction as it heads toward the chassis and sidepods behind. 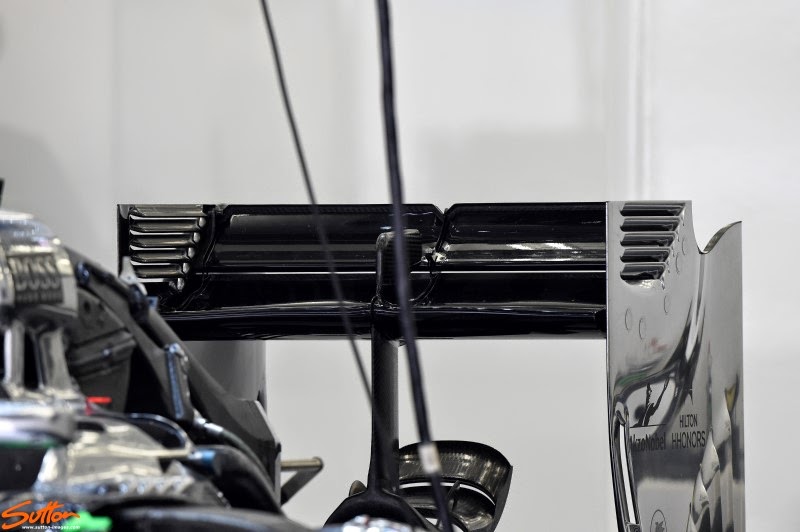 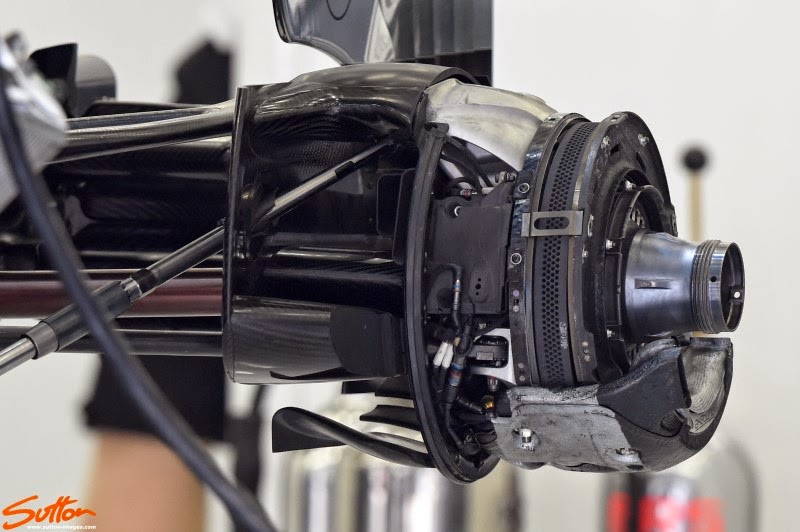 McLaren MP4-29 Rear Brake detail, note the plethora of fins at the lower edge of the duct which gather the airflow traveling over/under the floor ahead. These not only generate a small quantity of direct downforce but help maintain the quality of airflow between the edge of the diffuser and the sidewall of the tyre. 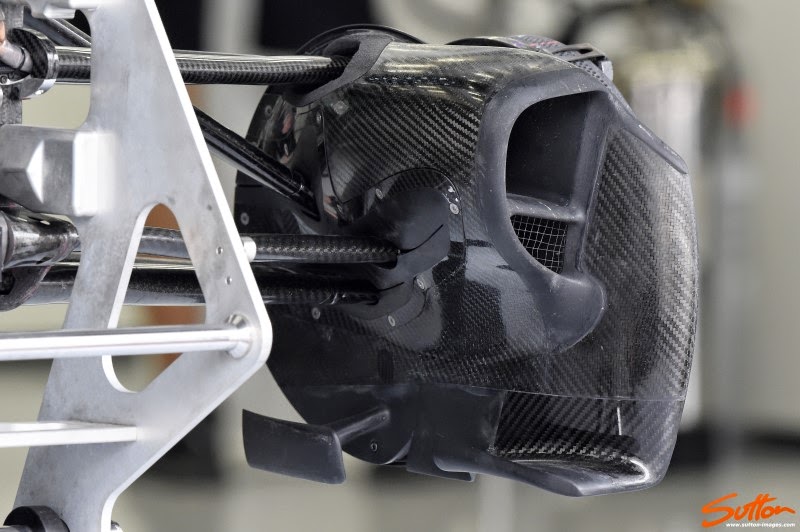 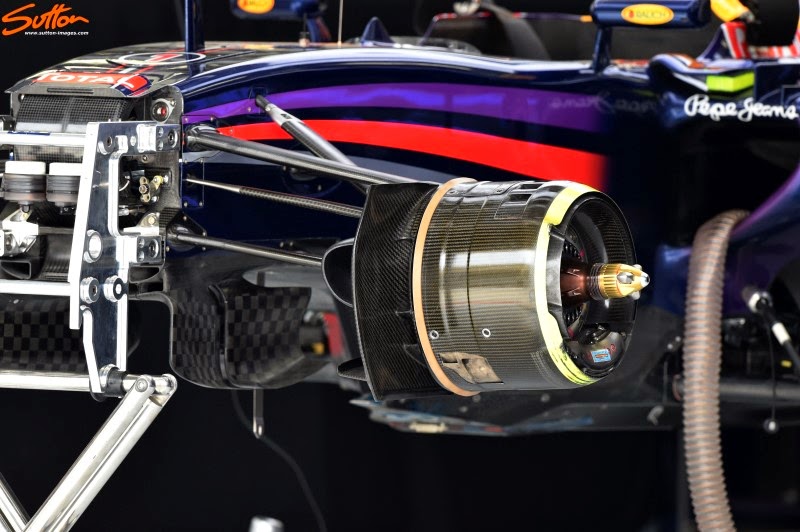 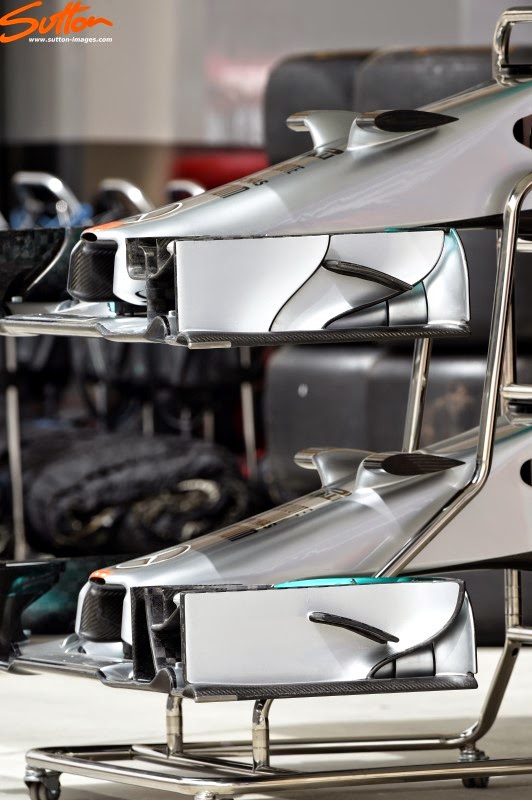 Mercedes WO5 - Front Wing detail, note the lower of the two is the newer variant available since Melbourne but has yet to be raced 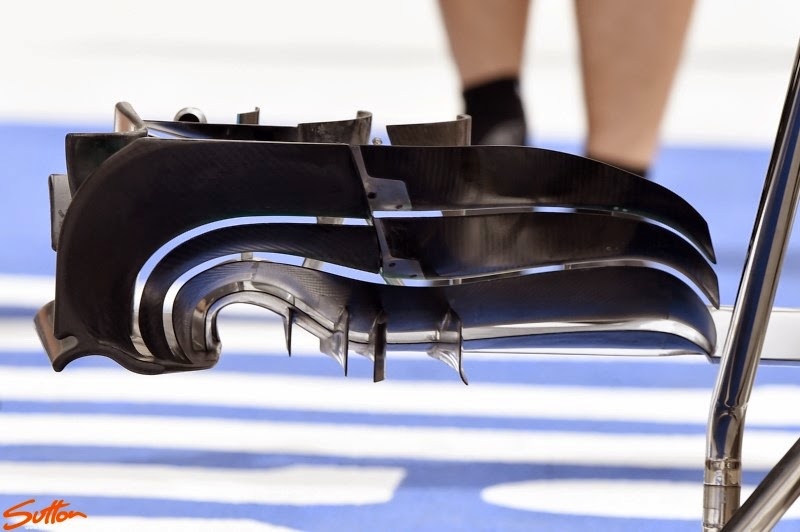 Mercedes WO5 - Front Wing detail from behind 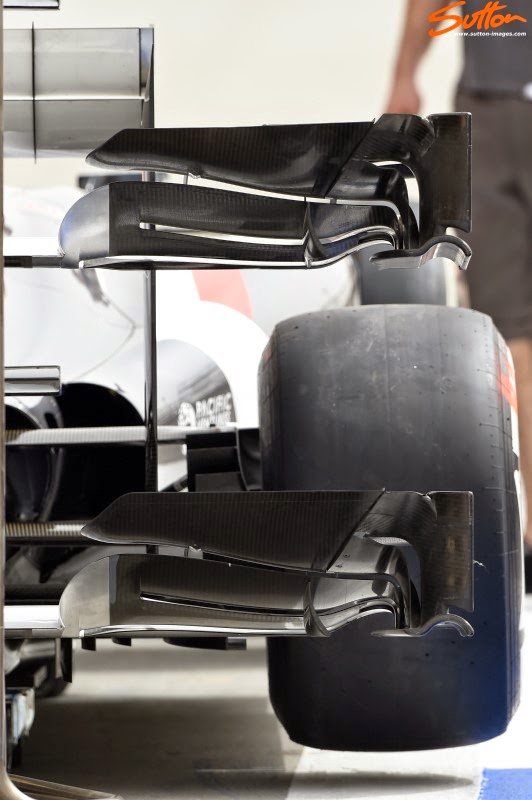 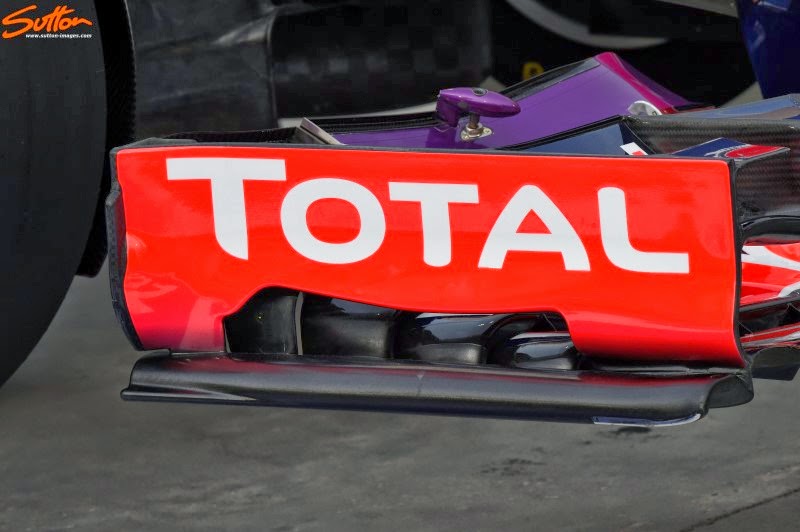 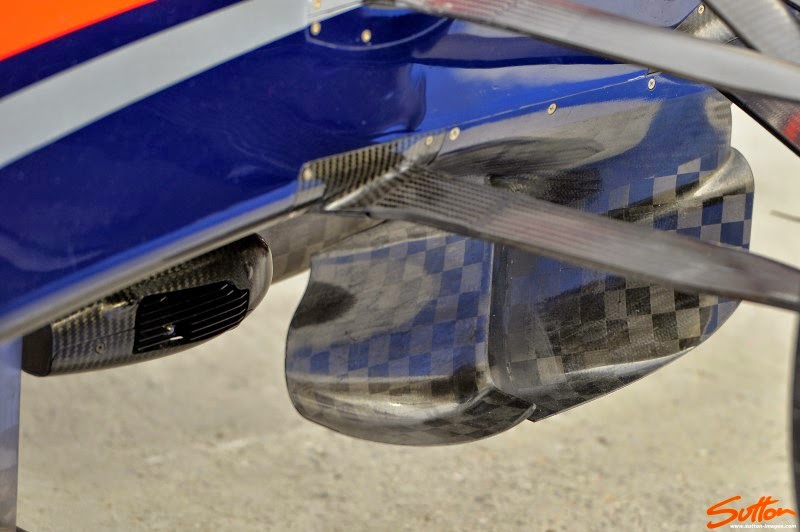 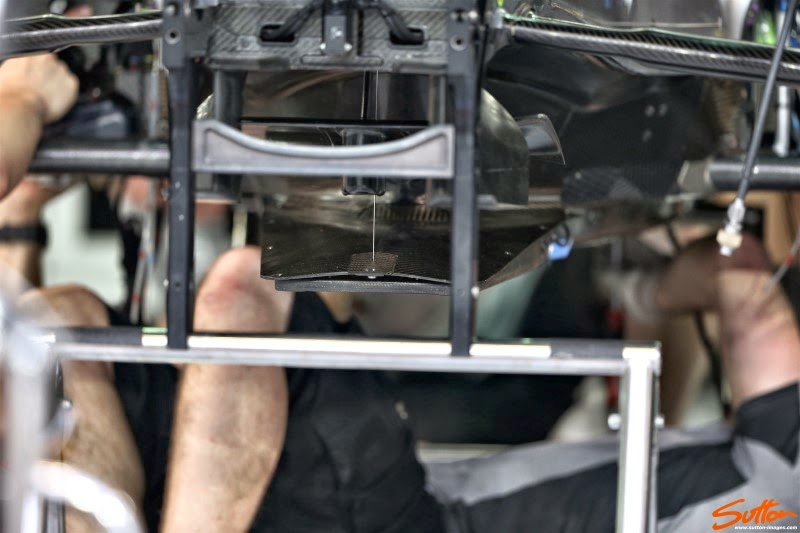 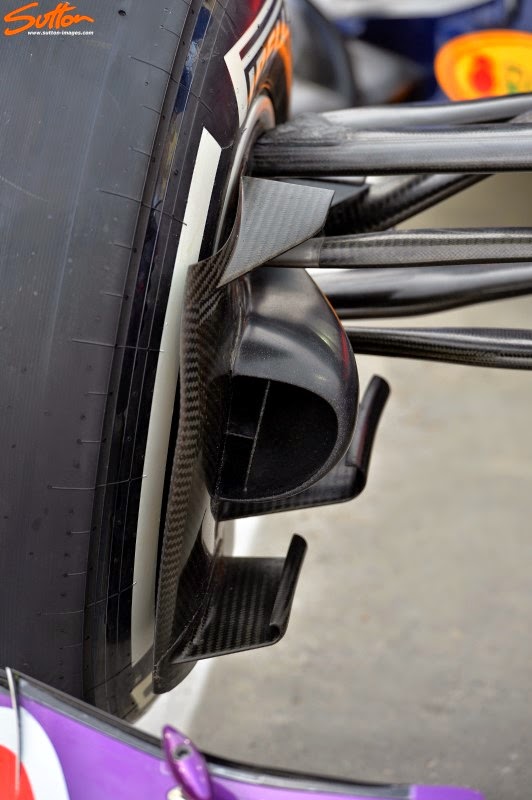 Red Bull RB10 - Front brake duct detail, note the lower fins which have scrolls on their tips designed to roll up the airflow that passes by them 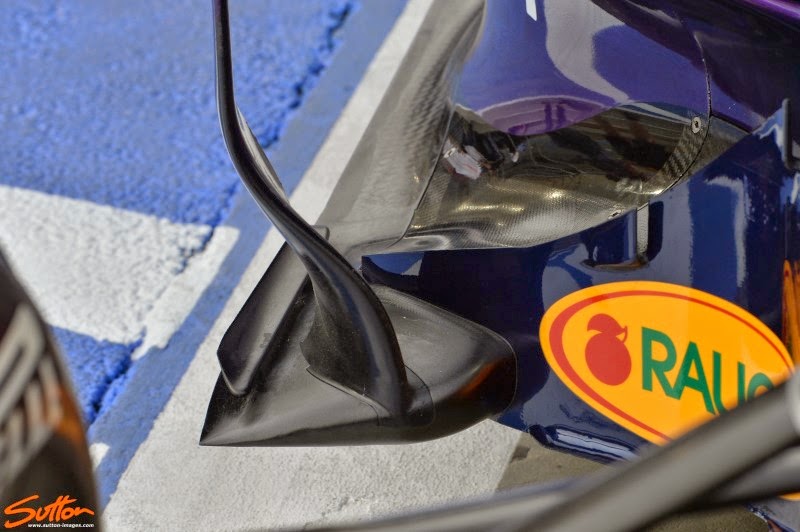 Red Bull RB10 - Front floor detail, note the detached floor scroll on the periphery of the floor whilst the bargeboard also features a slot in it's profile 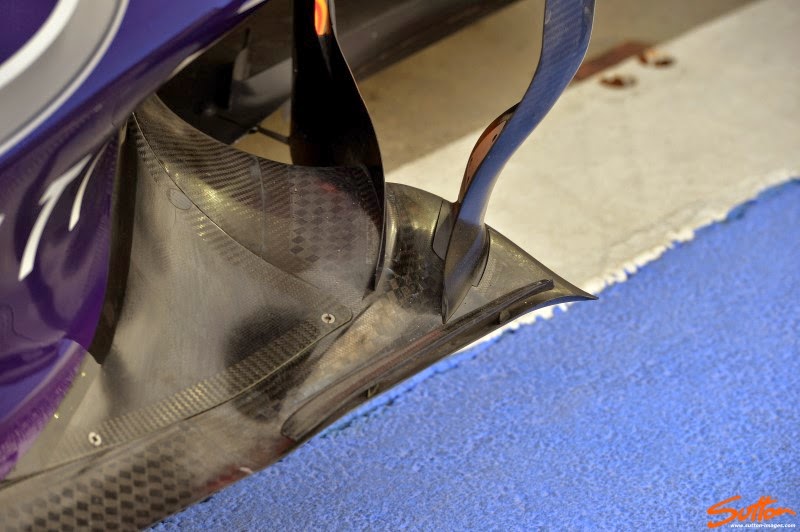 Red Bull RB10 - Rearward shot of the floor detail from above 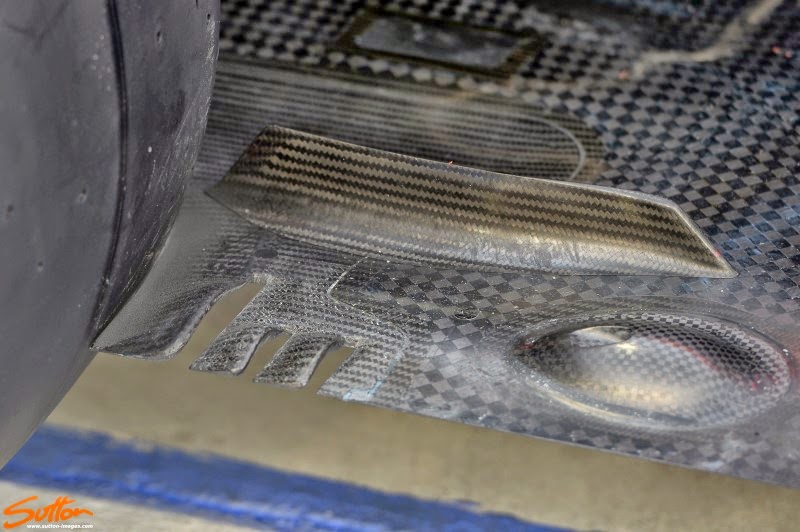 Red Bull RB10 - Tyre Squirt slots, note how this section of the floor has been replaced/patched, with the team simply utlising a floor from a previous race and bonding on new sections of carbon. 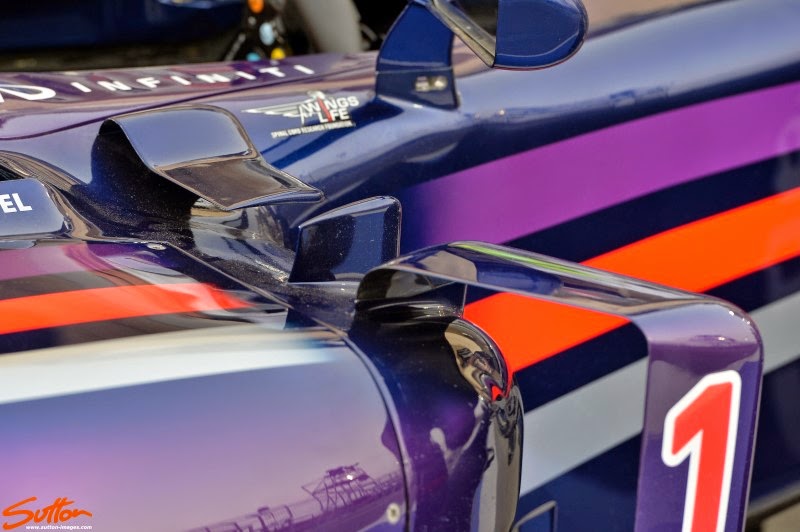 Red Bull RB10 - Sidepod aero detail, note how the outbound airflow conditioner arcs over to meet with the sidepods shoulder to form a frame and an outer vortex generator. Meanwhile inbound of this there is a singular vertical vortex generator and the curved horizontal cockpit fin. All of these help to make the sidepod more efficient over a wide speed range. 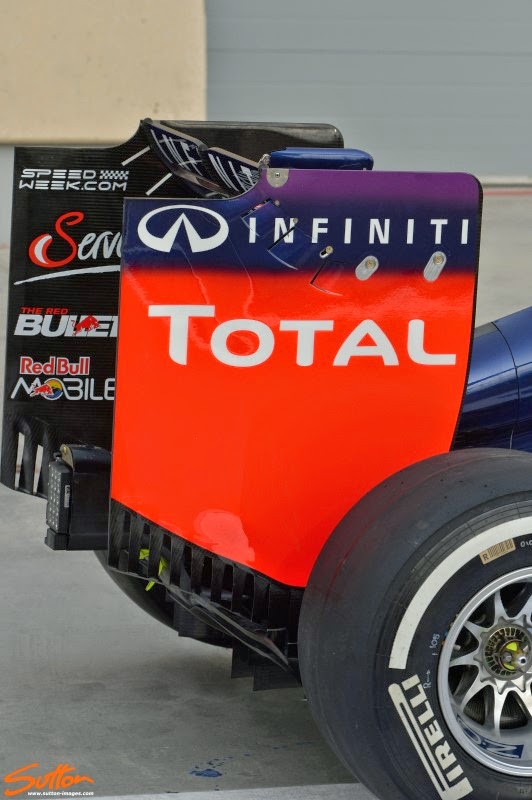 Red Bull RB10 - Rear Wing detail, note the presence of the gradient/pressure slots in the endplate behind the flaps. These act in a similar way to the louvres we are used to seeing ahead of the flaps. 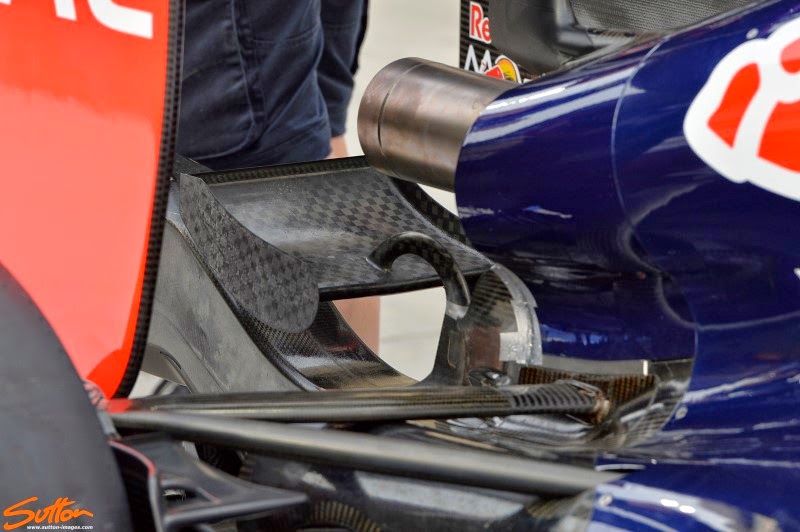 Red Bull RB10 - Y100 Winglet / Monkey Seat is mounted just below the exhaust and acts very much like the old beam wing (albeit much narrower). Note the presence of the gurney trim on the trailing edge too. 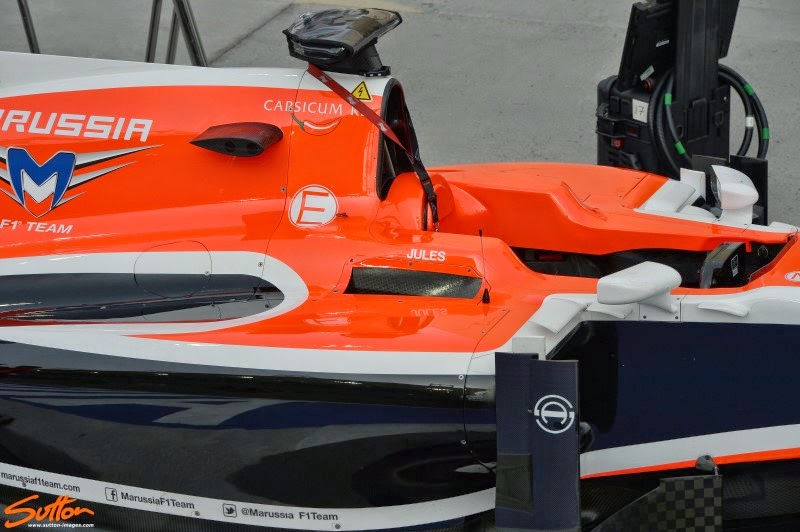 Marussia MR03 - sidepod aero detail, note the split airflow conditioner, singular outer vertical vortex generator and 4 horizontal cockpit vanes one of which is made up by the mirror mounting. 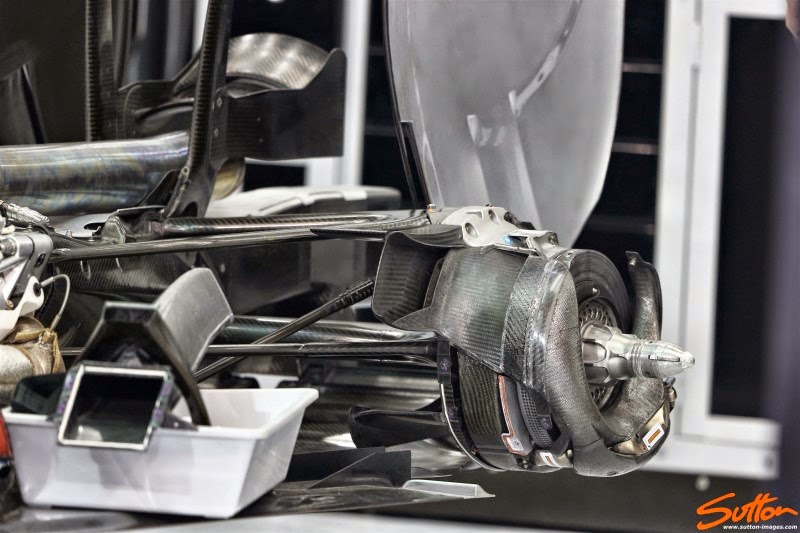 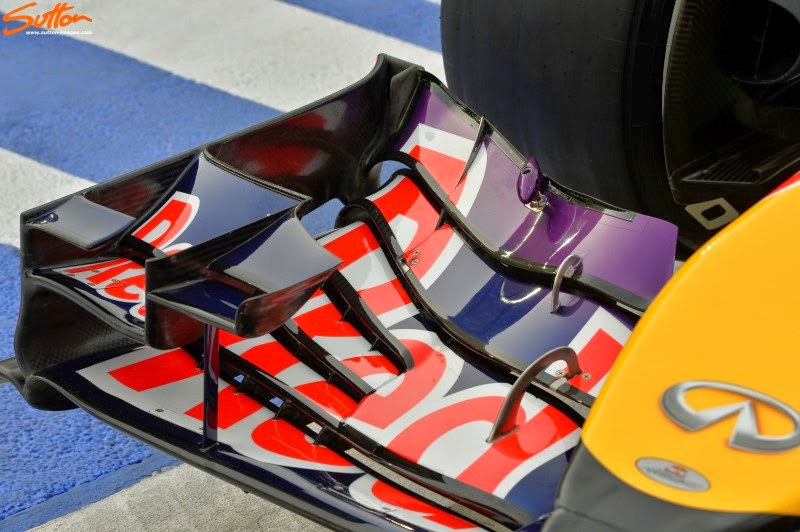 Red Bull RB10 - Front wing detail, note the team have reduced from 7 tiers to 6 for this season 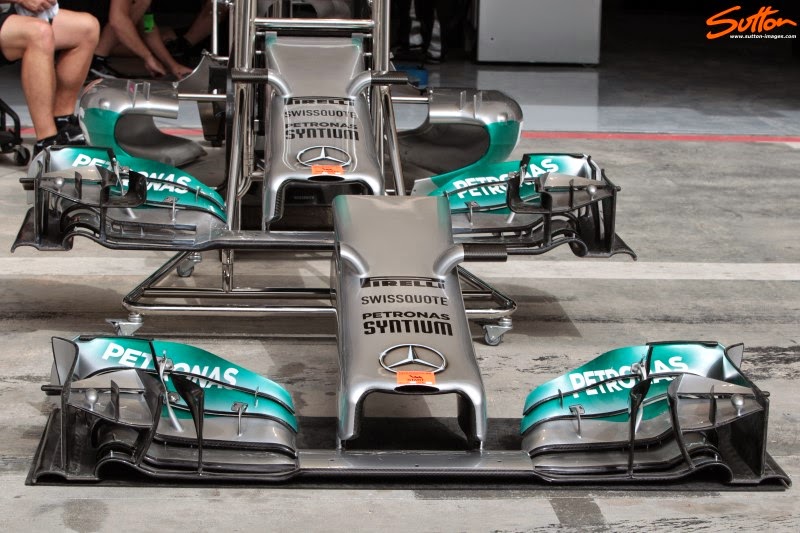 Mercedes WO5 - Front Wings, note the most forward one is the un-raced wing that was introduced in Melbourne 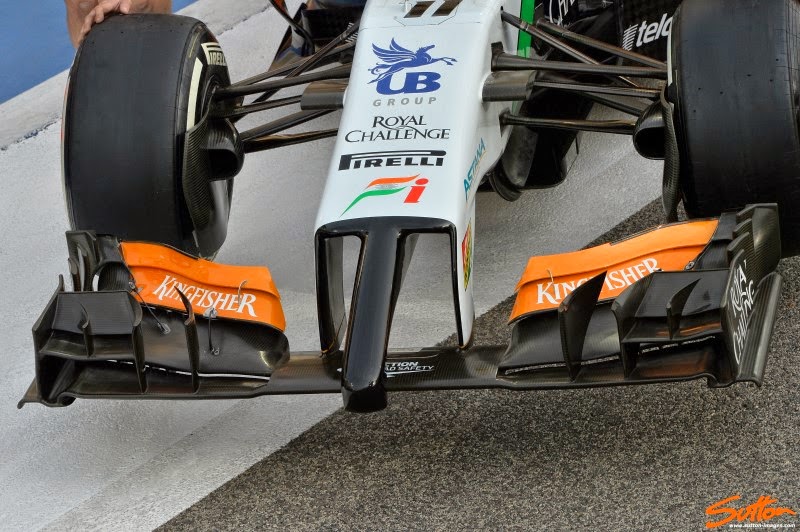 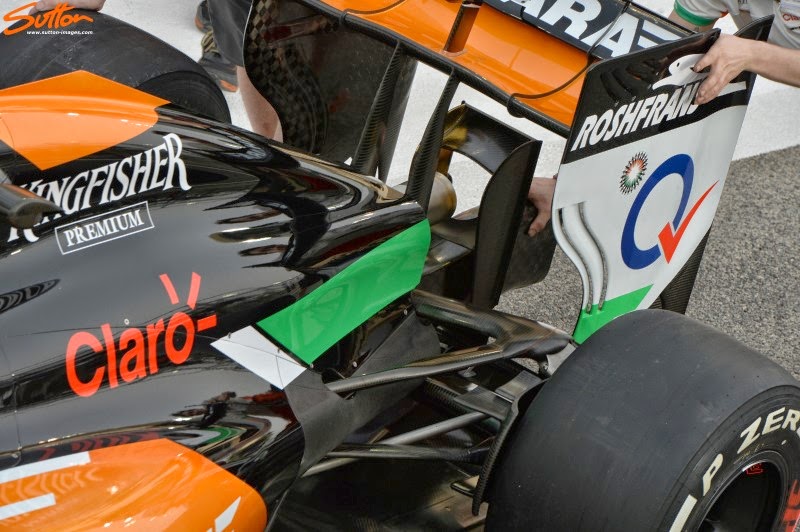 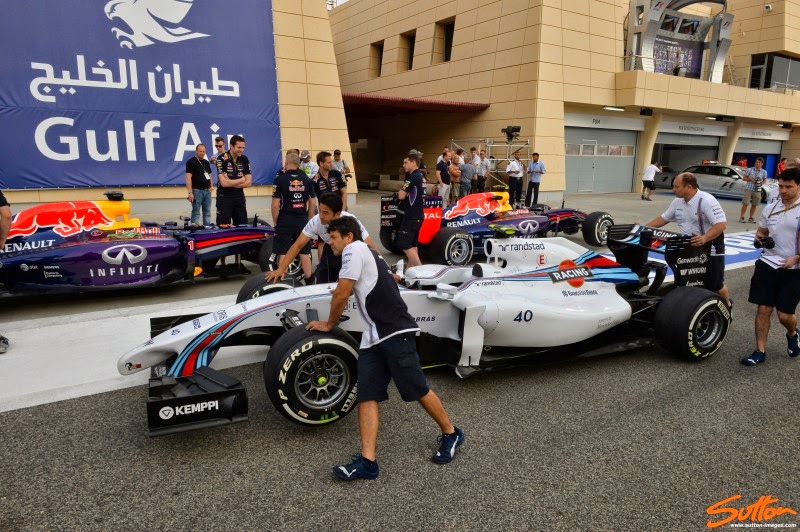