Although this isn't a new development for Ferrari it is the first time the team have raced the additional cooling outlets which reside on the spine of the engine cover. With temperatures soaring in Malaysia the teams have to make some additional allowances when it comes to cooling. 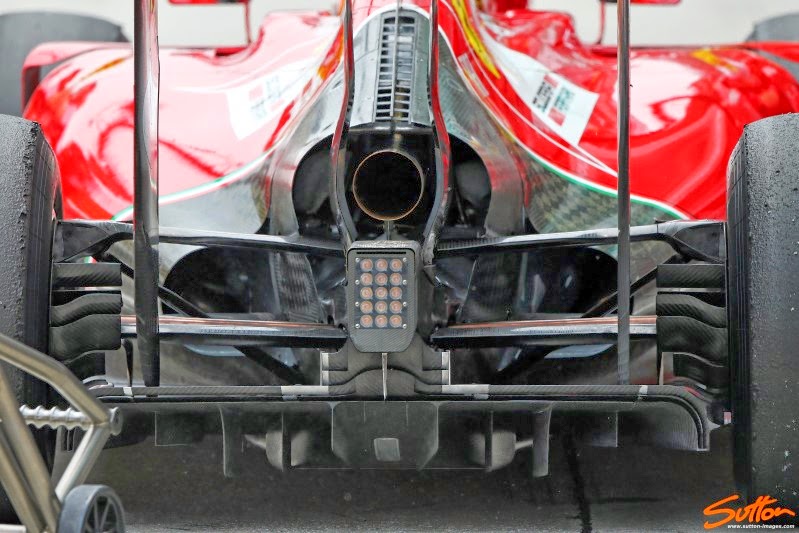 The team continued to utilise the larger engine cover cooling funnel used in Melbourne but this time they've utilsed more outlets which run down the spine of the cover along the shark fin. These help to alleviate the heat generated by the turbo which also has an inlet further up the cover to allow cooler air in.