Toro Rosso briefly tested the use of an inverted Y-Lon in Melbourne and it seemed the team were going to make do without it in Malaysia too with the team doing plenty of running without either the Y-Lon or their Y100 winglet used during pre-season adorning the car.

For qualifying and the race however the team re-installed the Y-Lon which also required a change of rear wing profiles, mitigating some of the loss as it connects with the underside of the mainplane. In reality, one of the most intriguing sections of the Y-Lon is not it's installation in order to increase rear wing rigidity but the lower cylindrical elements impact on the surrounding airflow. 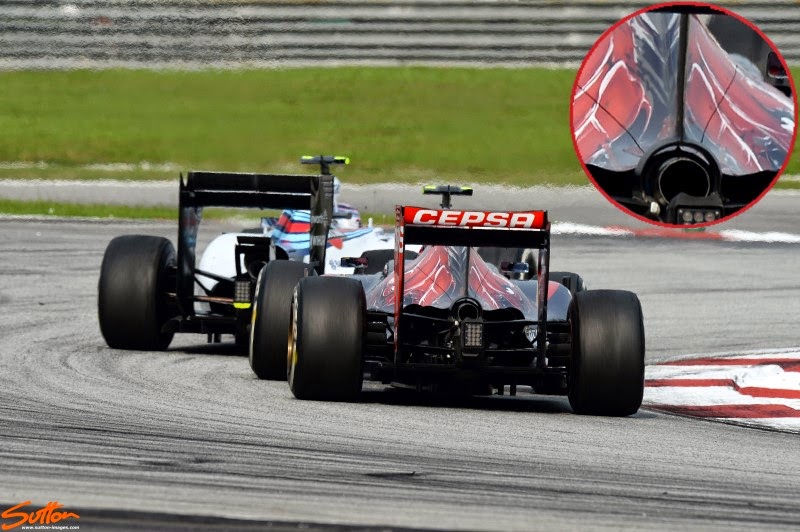