The Lotus team have spent most of this season on the back foot and probably look back at last season and wonder where the performance has gone. Missing the first test didn't really do the team many favours in terms of data, but essentially they have lacked mileage throughout as they try to extract performance from both their Powerunit and chassis.

The E22 is a complex car and undoubtedly has potential but the problem with complex designs is that sometimes unlocking the performance can require 5 steps backwards before you can take 1 forward. Lotus trialled a shark fin variant of their engine cover back in Australia but have since continued to run the less aero efficient but more substantial cooling variant up until China, where they raced the shark fin. 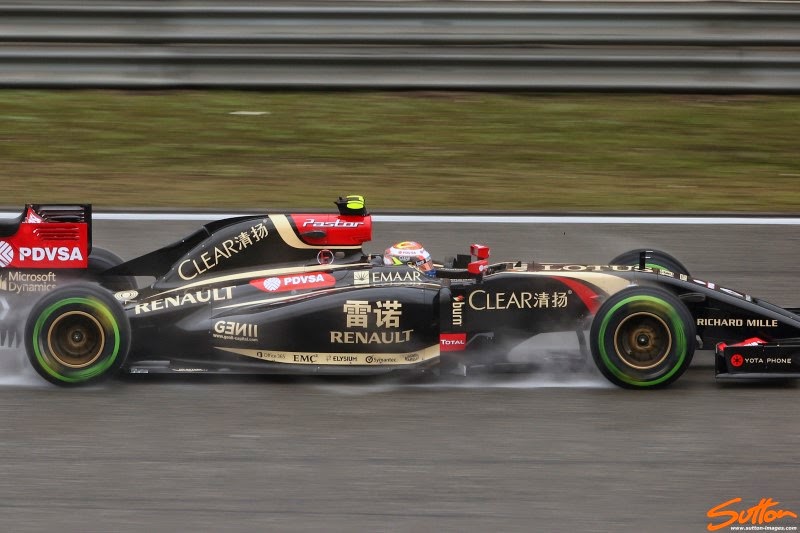 This alludes to the fact that the team are starting to get on top of some of the issues surrounding the cooling of the powerunit and perhaps more importantly the turbo. The size/dimensions of the engine cover are mandated to stop the teams taking an extremely aggressive approach to the bodywork and so the Shark Fins purpose is to meet these regulations efficiently.
Tagged
Newer Post Older Post