Lotus have trialled but not raced their snowplough style appendage under the twin tusk nose since Melbourne, it did however get its first race outing in Bahrain. 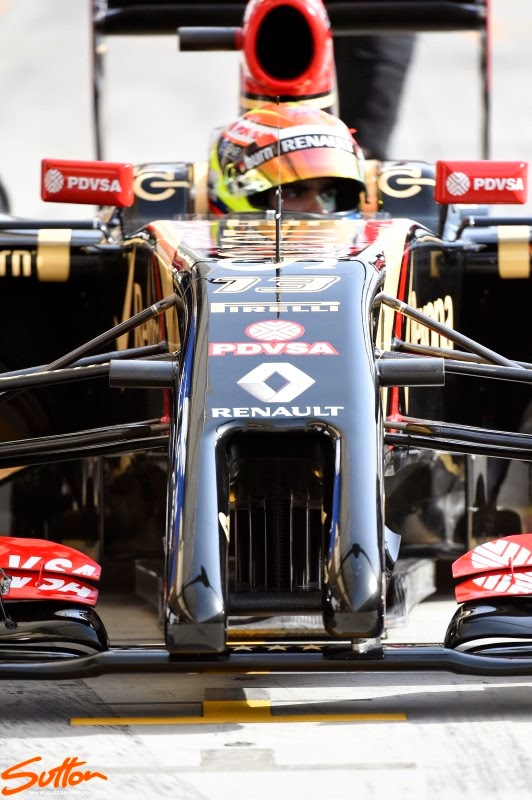 5 pylons mounted centrally under the nose form a V and extrude down to the longitudinal plough element. With the twin tusk arrangement airflow still moves centrally under the nose but as we saw with their high nose in 2012/13, Lotus still wanted to manage the airflow under the nose, with them previously utilizing the 'Pelican' underbelly. It's not all about mass flow under the nose at the end of the day, there has to be an element of quality to the airflow. The bowling pin arranged vertical pylons and plough all work to condition the flow that cascades off into the splitter region and moreover around the sidepods. 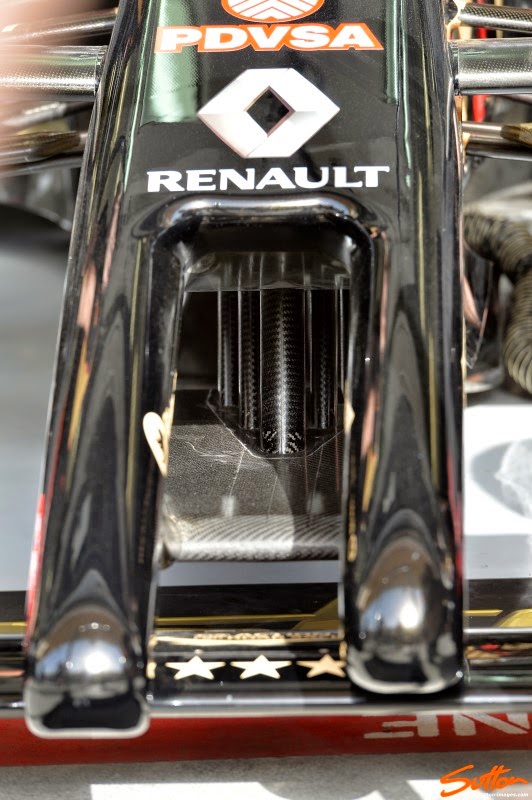