Red Bull's floor in front of the rear tyre is always an area of adaption with them running the floor in very close proximity to the tyre.  Inevitably the floor incurs minor damage throughout a GP weekend and requires attention, the team have 3D printers on site along with a plethora of that section of floor in order to make running repairs.  You'll note that, that section of floor nearly always looks like a patchwork quilt with different variants of carbon fibre in use, depending on how much it's been returned and also how much flex they're looking for and in what direction. 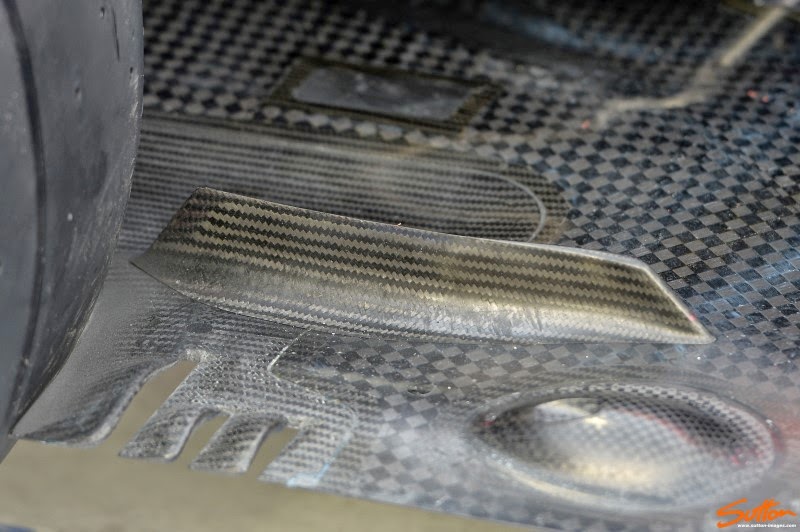 Up until China the team had been utilising a similar layout to that used on the car's predecessor albeit with just the singular vertical strake rather than the two used in 2013.  The principle of these slots is to shape the airflow ahead of the rear tyre and manipulate the wake as it 'squirts' laterally into the diffusers path (tyre squirt).  The rigidity of this years tyres has increased significantly over last years in order to cater for the increase in torque from this years turbocharged powerunits and so the teams will undoubtedly make gains in this area as they understand the relationship between the tyres dynamic loads and the surrounding aero. 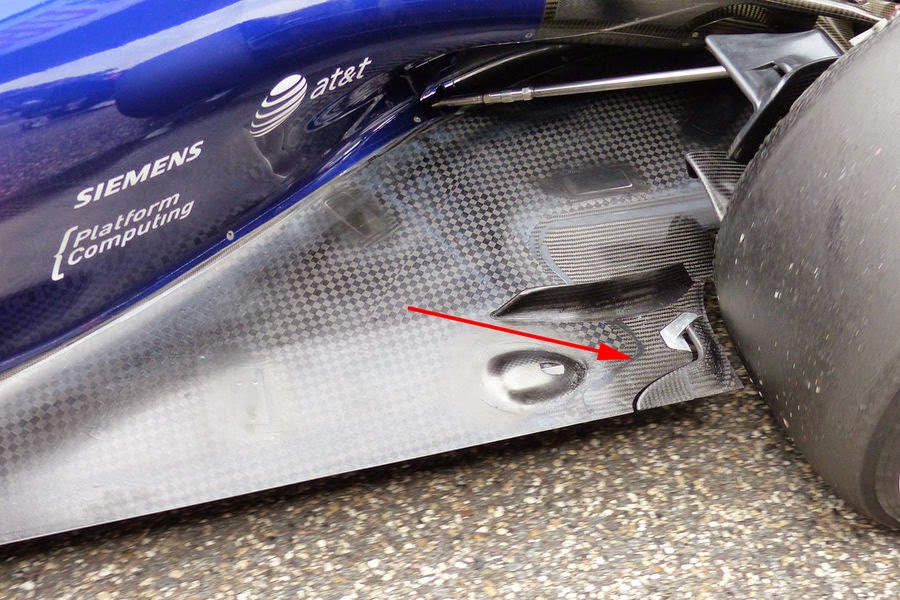 Above: This image is from the AMuS gallery

For China the team cut in an all new section of floor (during FP2) and continued to use it throughout the rest of the weekend.  This new section of floor featured a singular boomerang slot which allows airflow to migrate underneath the floor ahead of the rear wheel.  The most rearward section is convex to further enhance how the flow folds under the floor.  It's also worth noting the metal section surrounding the connection point to the floor that will dictate how much rigidity the floor has as the pressure builds on the surface.