Toro Rosso had opted to start the season with a clean edge to the upper front section of the Sidepod but arrived in China with a new set of Vortex Generators. 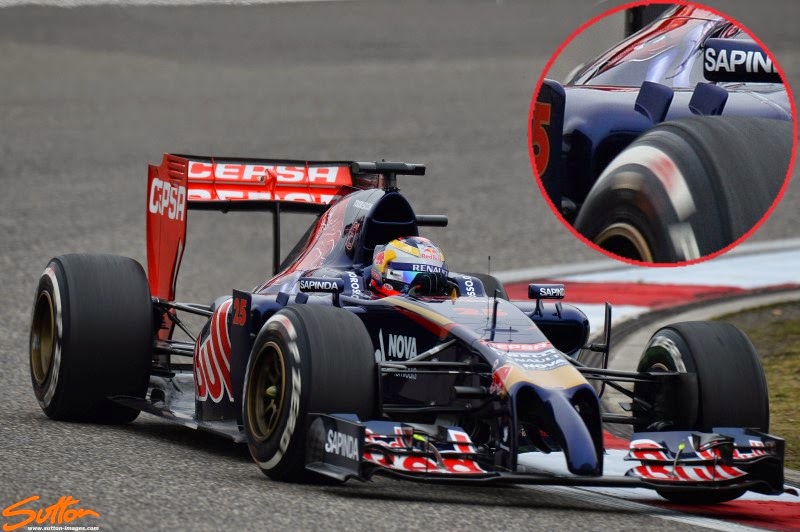 The team have been making some alterations to the Sidepod bodywork this season, with alterations to the surface geometry of course having an aerodynamic impact. Furthermore the teams continued use of the centreline inverted Y rear wing support pylon (Y-Lon) will help to draw airflow through and over the sidepods, affecting the aero too.

If you're unfamiliar to the use of Vortex Generators their purpose is to disturb the airflow passing over the leading edge of the Sidepod, yielding a performance advantage at certain speed thresholds. The Vortex Generators added do lean over and so will invoke a slightly different aero characteristic than if they were just vertical. The height of the Vortex Generators are usually an indicator of the sort of boundary layer build up (inference: drag) that would be generated at the rear of the surface if the Vortex Generators were not used.
Tagged
Newer Post Older Post