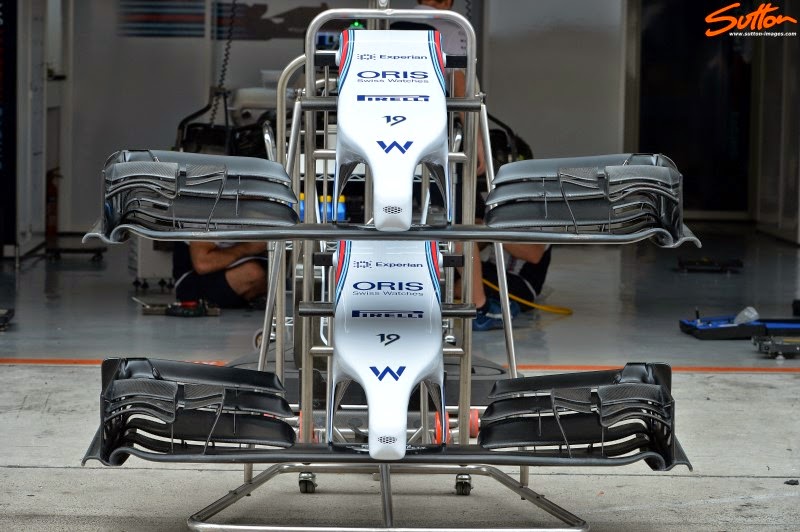 Williams once again arrived in China looking to make a step forward and had several parts to evaluate, as we can see from the Wing stack above these changes included two front wings.  The changes might seem outwardly small (not even visible to some at first glance) but the top flap of the lower wing is much shorter in chord at the inner section, whilst the outer section of the flap retains a little more height.  After back to back testing the solutions the team opted to run the lower wing in this image. 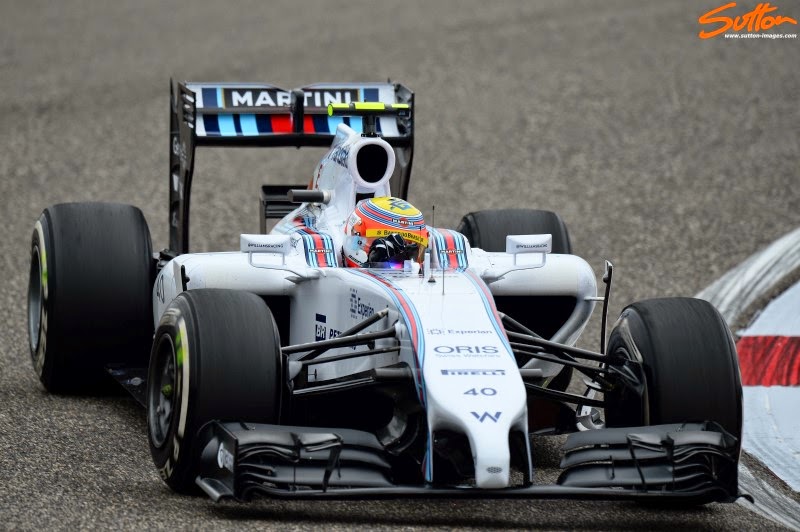 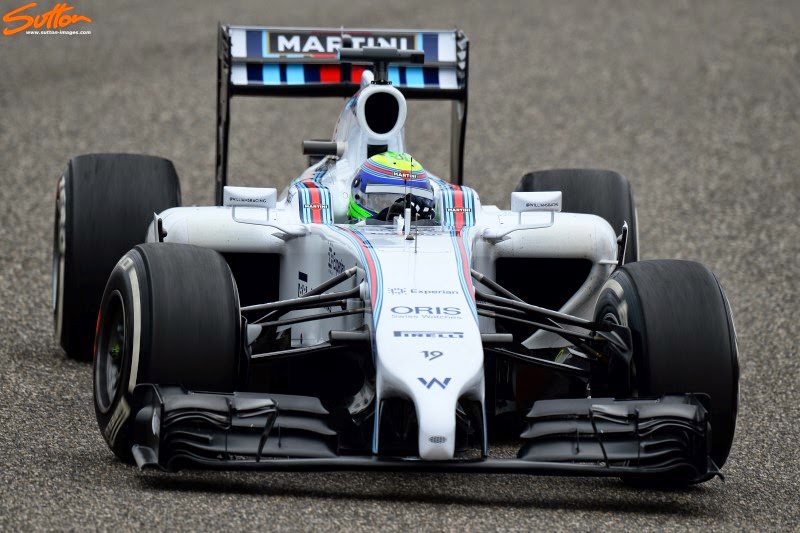 As we can see in the upper of the two on track images Felipe Nasr filled in for Bottas and set about assessing a new rear wing top flap.  The flap consists of a V in it's centre which helps to bleed off some of the drag induced by the component.  The team could have been testing this for future races or decided it didn't offer enough balance as the team decided to run with the none V'd flap for the race.