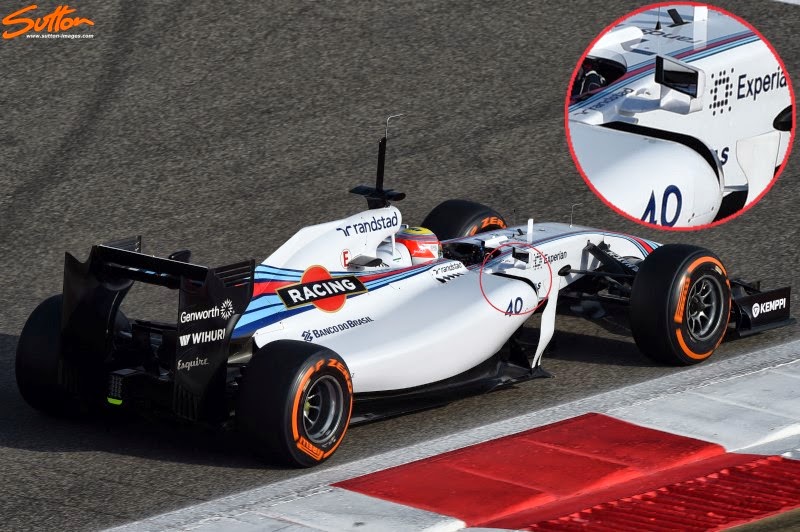 Since the season began Williams have been running the FW36 with a detached section of bodywork on the leading edge of the Sidepod (see image above).  The idea being that wasted airflow entering the sidepods inlet makes it's way out onto the top of the sidepods surface.  This 'jet' of air uses the 'Coanda' effect to draw airflow from close by to the sidepods surface. 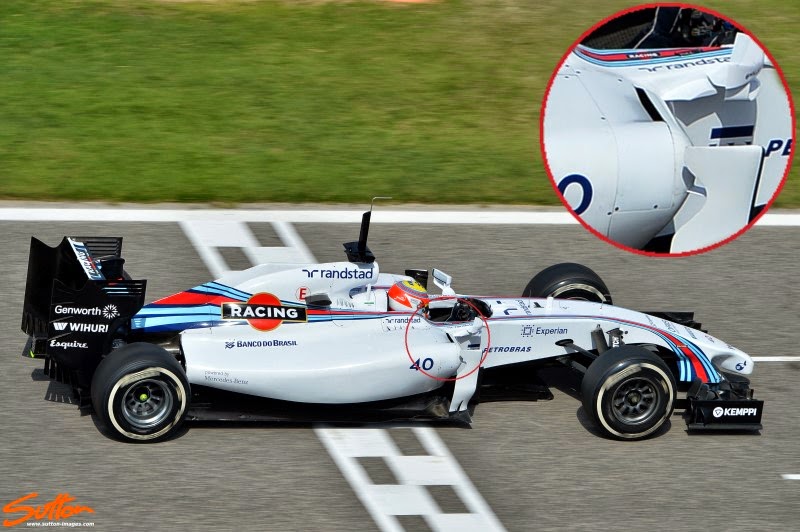 During the test after the Bahrain GP and briefly in China (see above) the team used a new piece of bodywork which featured a much smaller vent facing rearwards along the sidepod, doing away with how the airflow would have previously been released around the shoulder of the sidepod too.  This was undoubtedly an attempt to focus the airflow over the central portion of the sidepod creating a shoulder with the bodywork instead. 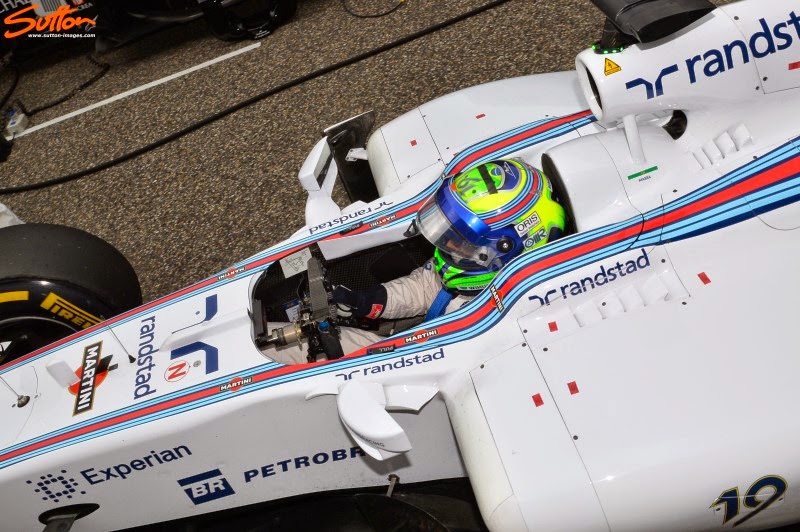 It appears that the team finally decided that they would run neither of these solutions and simply blanked off the scene of the previous vent.  Sidepods have essentially become an area of intense development over the last few years (chiefly because of the various forms of blown diffusers used) and almost seen as wings due to the surface area they possess and how much they condition the flow to the rear of the car.  This can make them sensitive to the speed of airflow passing over them, being more efficient at one speed more so than another, this is why we see the leading edge (and just in front) of the sidepod proliferated with vortex inducing devices.