Ferrari revised their sidepod profiles between the Spanish GP and Monaco, making amendments that change the aerodynamic characteristics of the car (deeper undercut at the rear of the sidepod) but also the way in which the internal airflow is dealt with.  These changes are in response to the new rear wing support pylon (Y-Lon) and the way this interacts with the exhaust and surrounding bodywork. 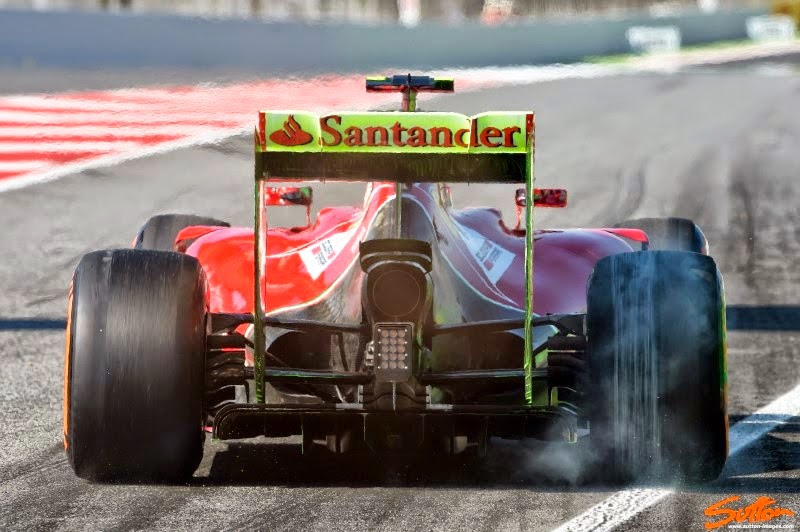 As we can see above the cooling outlet through which the exhaust exits is much smaller than the one used in Monaco (below).  The curved element that surrounds the exhaust works with it to create a low pressure zone that pulls other airflow from surrounding bodywork through, making the area more efficient, creating more upwash.  The upshot of course is that Ferrari will now be making changes in this area to maximise performance with the changes for Monaco likely the first step in a series of amendments over the next few races. 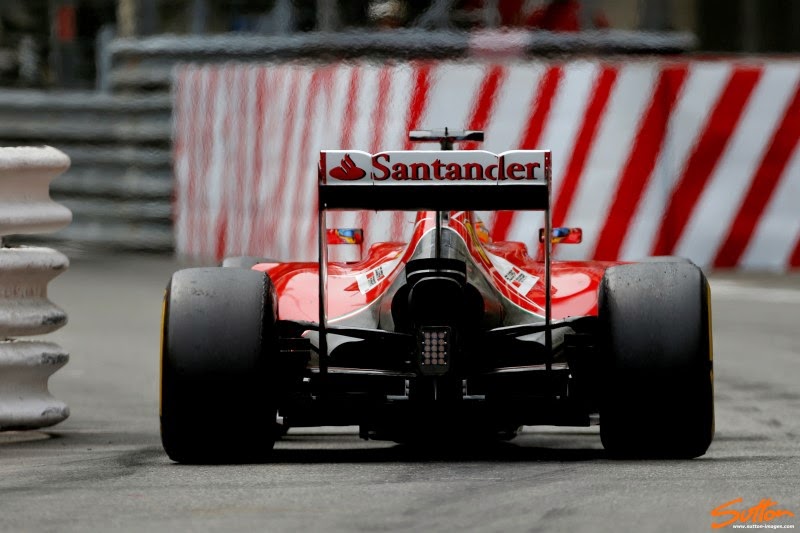 UPDATE: As @LuisFe F1 has just rightly pointed out to me, both Fernando and Kimi ran the larger cooling exit in Spain.  I had, had a mix up in my image galleries as Kimi ran the smaller cover for FP3 not Qualifying as I thought he had.  (we all make mistakes).  This means the cooling/cover changes were made inline with the new Y-Lon in Spain for both drivers.