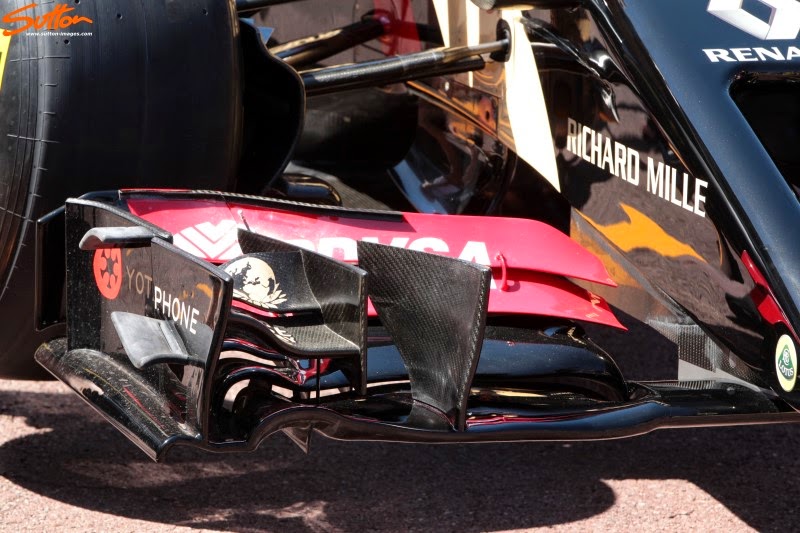 As I reported after the Spanish GP the team had tested a new front wing during that weekend but didn't run it for qualifying or the race.  The team did however bring and run the wing in Monaco and what wasn't clearly visible from the shots available in Spain was that the new outbound endplate cascades have slots in them, just as we find on the ones used by McLaren.
Tagged
Newer Post Older Post